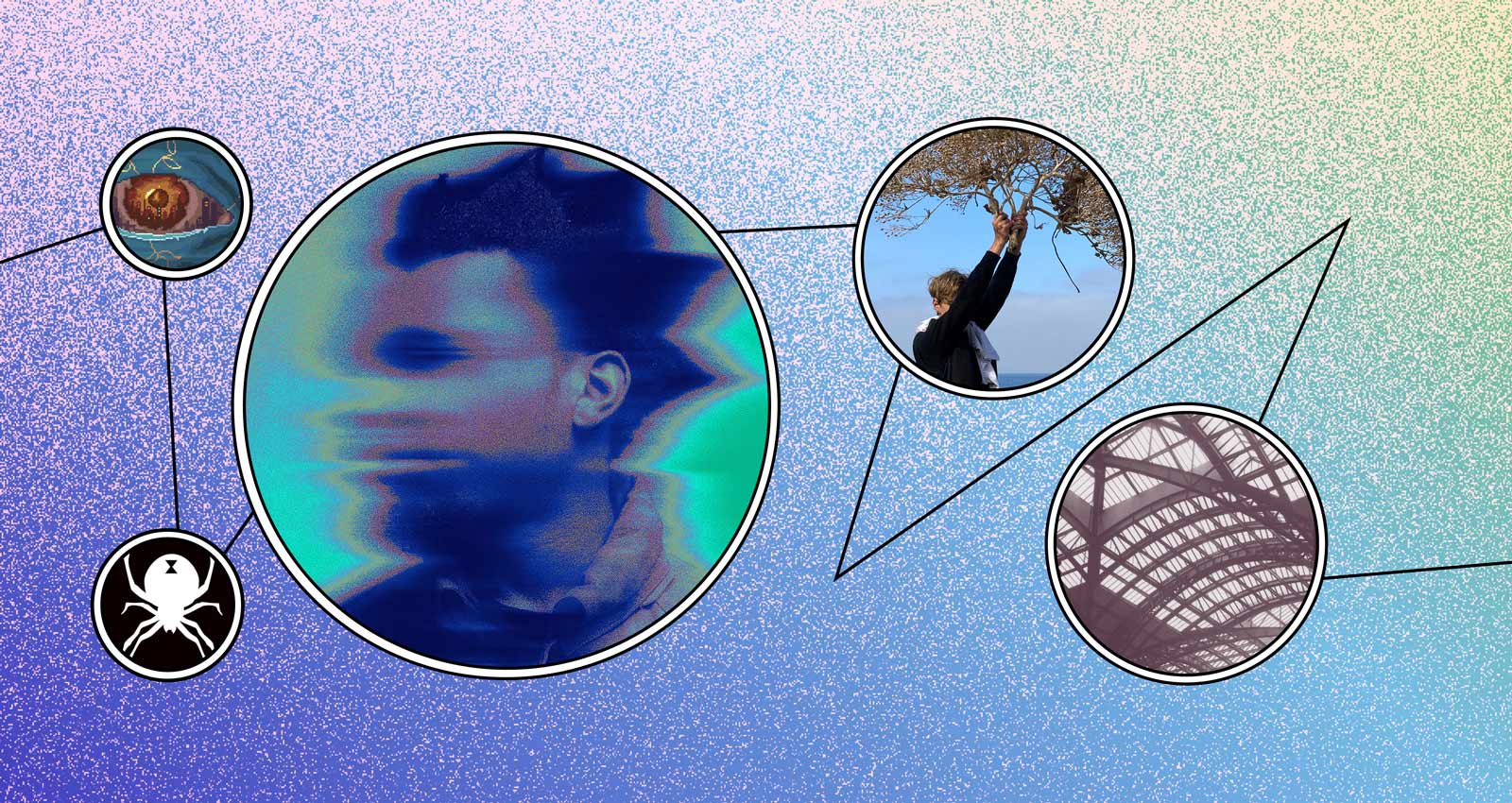 A few seconds into “Young Adult, Common Nettle,” the third song on the hauntingly beautiful new record from the Danish act Croatian Amor, a sampled voice says: “You don’t have to wait for death to experience ecstasy. You can get it while you’re alive. And you may as well, because there’s no guarantee you’re going to get it when you’re dead, is there?” The speaker is more than likely talking about MDMA, but taken at face value, those few seconds sum up the mood of the entire record: a little wistful, a little sad, a little hopeful. It doesn’t hurt that Loke Rahbek—co-founder of the label Posh Isolation and the sole person behind Croatian Amor—surrounds the sample with cottony, softly twinkling electronics that drift along cloudlike and serene. It’s a heart-tugging moment on an album full of them, one that grapples with the notion of growing older and trying to work out your place in the world while still keeping alert for moments of wonder. Rahbek conveys all of this through warm, dreamlike beds of synth and plaintive vocal samples—sometimes speaking, sometimes singing a single, mournful phrase over and over—each slowly unfurling melody triggering almost Pavlovian waves of emotion. It is, to put it plainly, gorgeous, music that captures the feeling of setsunai in each and every note.

Melt My Eyez See Your Future is the fifth album from the Florida rapper. A highly collaborative album, Curry partnered with Robert Glasper, Thundercat, and others to bring the album to fruition. The project starts with the airy and ascendant opener “Melt Session #1” which features Glasper. “Melt Session #1” seamlessly transitions into the standout “Walkin’”. “Clear a path as I keep on walkin’, ain’t no stoppin’/In this dirty, filthy, rotten, nasty little world we call our home,” raps Curry over what starts with jazzy production before switching at the halfway point to a trap beat. My other favorite is the short but mighty Thundercat produced “The Smell of Death”. “They ask to smell a death and they just won’t leave,” raps Curry. Melt My Eyez See Your Future is an ambitious chef-d’oeuvre that I’ll have on repeat.

Half String
A Fascination With Heights

The Arizona band Half String—who burned briefly but brightly in the late ‘90s—are often shorthanded as shoegaze, but anyone who drops their sole full-length A Fascination With Heights on the turntable for the first time (as I did a few months ago, thanks to a typically gorgeous reissue from Independent Project Records) won’t be greeted with foamy waves of distortion or shrieking feedback, but rather immaculately clean guitar lines that have much more in common with Unrest’s masterpiece Imperial f.f.r.r. than anything from the UK. Half String frontman Brandon Capps has an affectless, almost conversational voice, and on tracks like “Hurrah?” he wanders through the spindles of bare guitar like a man taking a walk through a forest of barren trees. (Anyone who can’t stomach Red House Painters anymore after learning what a creep Mark Kozelek is will find in this album a welcome replacement.) Songs like “Momentum” employ a glorious tangle of gossamer guitars and a swaying cadence to create dreamy, college-rock lullabies, all of them grounded in understated vocal melodies. It’s also worth springing for the vinyl, which not only comes with a detailed history of the group, but is packaged as always in IPR’s trademark chipboard sleeve with individually letterpressed cover art. It’s as beautiful to look at as it is to listen to.

Dark Humor is less of a standalone EP than an extension of the ideas and sounds explored on Jana Rush’s thrilling 2021 LP Painful Enlightenment, one of my personal favorites from last year. While the opening track is listed as a mix of one of the standout tracks on Painful Enlightenment, “Suicidal Ideation,” it’s an entirely new composition. The Painful Enlightenment track feels cluttered with the terrors of a mind hurtling towards self-destruction, represented by distorted and wordless vocals, arcade-like synth effects, gasps, moans, bass blurts, and splintered melodies. Its extra-bleak cousin furthers the breakdown, with demonic laughter and warped versions of the classic Friday the 13th whisper effect punctuating a slowed-down, stuttering percussive landscape. One of the most exciting things about Rush’s work is how it blurs the line between dance music and sound art, and that continuum certainly feels deepened and solidified here—but it also leans into the playful aspects of her sound. She continues to flip lasciviousness (“Don’t Want No Dick,” “Make Bitches Cum”) into commentary on how sexuality transforms during depressive episodes, and pokes holes into any self-seriousness one might assume (“Unk,” “Clown”). Despite its heavy opener, more light leaks through on Dark Humor than on Painful Enlightenment; most tracks feel less claustrophobic, with more of footwork’s trademark hyper energy. After all, dark humor is how those of us with fucked-up brains cope a lot of the time.

This week marks the launch of the new indie game NORCO: a “sci-fi Southern Gothic point and click adventure” set in a hellish version of South Louisiana, which tasks players with reuniting with their missing brother while also surviving a vast, petrochemical wasteland. Given the title’s defining aspects—moody pixellated visuals, a deep-south setting, a dystopian, cryptic plot, strange, morbid moments abound—tapping NOLA’s gnarliest, most prolific, and most forward-thinking metal band for the expanded soundtrack was a no-brainer. We’re talking about an IP set in Thou’s home state, which is built around the same themes of despair and irreverence so prevalent to their music, and confronts players with radioactive wastelands and lurking fiends—if that collaboration doesn’t have the Louisiana crushers’ name scrawled all over it in gator blood, then I’ll gladly drink my weight in swamp goo. Even if you have no intentions of playing the game, it’s still a kickass slab of heavy music that showcases what Thou does best: not so much cranking out grooves and riffs as digging impossibly large sinkholes with guitars, bass, and drums, before leaping into their self-created chasms headfirst. Simply put, it’s the best soundtrack to a point-and-click game I’ve come across in years—or maybe ever.