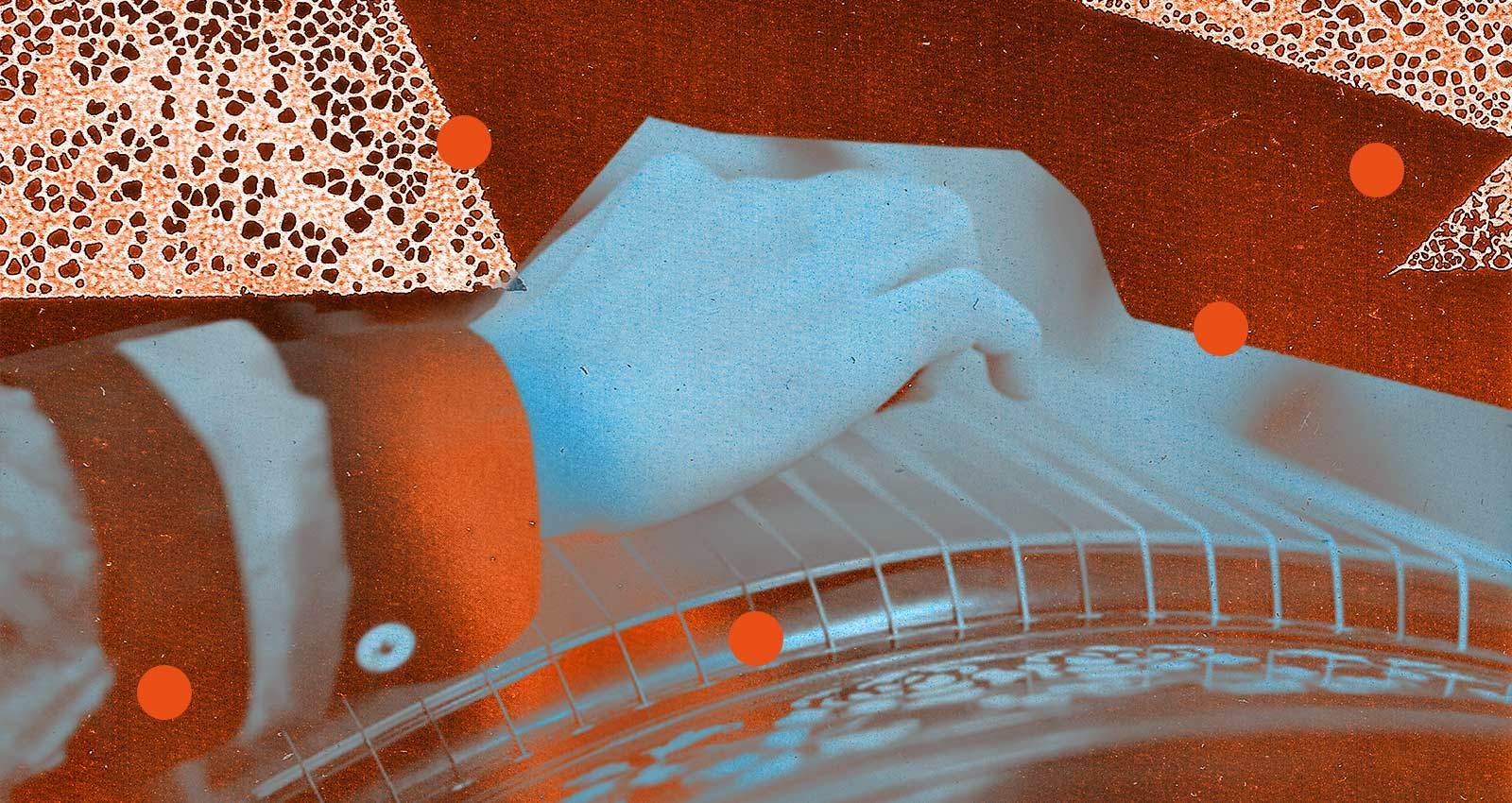 To speak of “traditional Chinese music” is to collapse millennia of history, dozens of distinct ethnic traditions, and a sprawling, topologically diverse geography into a vague catchall phrase. Of course, there is a canon of sounds that register as quintessentially “Chinese” to many listeners, such as the seven-stringed plucked guqin, a member of the zither family, or the two-stringed, bowed erhu. Particular sonic registers, like the high-frequency din of gong-and-horn temple music, or regional styles, like Sichuan opera and Suzhou pingtan, each add their own dimension to the gestalt of “traditional Chinese music,” overlapping in time and space across the grand sweep of Chinese history. But these examples only scratch the surface—modern China is such a geographically and ethnically diverse place that the very idea of a coherent national sound, a singular unifying tradition, is untenable.

In addition to the Han majority, which makes up over 90% of the population, China is home to 55 other formally recognized ethnic groups, many of which have their own distinctive languages, dialects, and musical forms. Throughout China’s dynastic past, its people have also absorbed musical traditions from neighboring groups, such as the Baisha xiyue ritual music brought in by Mongolian conquerors during the Yuan dynasty and preserved today by the ethnic Naxi musicians in the Old Town of Lijiang, a UNESCO World Heritage site.

Staples of the Chinese orchestra, like the erhu, the lute-like pipa, and the tinny, double-reeded horn called a suona, remain fertile tools for exploration and experimentation among Chinese musicians today, and have been woven into ambient music, instrumental post-rock, black metal, and grunge. Other artists in China have explored new techniques on ancient instruments, or resampled traditional sounds into fractured, forward-looking compositions, placing elements of intangible cultural heritage into a vibrant, vivid contemporary network.

Here’s a quick guide to a few artists working with traditional instruments or folk musics across China’s geographically, linguistically, and ethnically diverse soundscape.

Multi-instrumentalist Baishui started learning music in the late ‘90s in a rural area of Southwestern Sichuan province, beginning on guitar and bamboo flute and later adding synthesizers and samplers to his arsenal. On his extensive discography he bounces from guitar-based folk tunes to dark ambient to abstract experimental, incorporating instruments and tones from Chinese tradition. Though he’s hesitant to single out cultural elements from his upbringing in Sichuan that have remained especially influential, he says, “one is clear: language.” Baishui’s “mindset, tonal understanding, [and] melody preference” all maintain an intimate relationship with the Minjiang Sichuanese dialect of his hometown, he adds: “traditional Sichuanese folk [music has] an inseparable relationship with this language.”

Now based in Florida, and drawing freely from a well of influences including Delta and Piedmont blues, funk, soul, bebop, free jazz, and rockabilly, Baishui’s recent work doesn’t necessarily register as “distinctly Chinese,” but his music is still crafted around “the unique intonation of the lonely old language.”

Yao, a member of the Naxi minority, grew up in the city of Lijiang in Yunnan province, which borders Sichuan to the west. Yunnan is home to more than half of China’s 56 nationally recognized ethnic minorities. Lijiang is an enclave of the Naxi people, who practice and preserve a wide gamut of folk music, including Baisha xinyue, a music derived from 14th century Taoist and Confucian ritual. Learning various Naxi vocal performance styles as a child, Yao later received a Master’s in instrumental and vocal composition from the Shanghai Conservatory of Music. She now composes for dance and theatrical productions, and maintains a steady stream of experimental compositions like Star, a 2018 collaboration with Baishui, and A Trip to Nowhere, an atmospheric, field-recording-based electronic album on which she reads Bukowski in the Naxi language.

Shanghai artists 33EMYBW (aka Wu Shanmin) and Gooooose (aka Han Han) also engaged folk choral traditions from southwestern China on a pair of recent EPs, DONG 1 and 2. The project, initiated by Wu’s Zuczug brand, involved the duo and an anthropologist visiting a village of the Dong people in remote Guizhou province, who practice a distinctive polyphonic singing style also sometimes referred to as Kam choir. Each artist took painstaking field recordings of both the Dong choirs and the ambience of the surrounding mountains, forests and rivers, working them into their wildly divergent individual idioms of experimental electronic music. Elements of traditional Chinese instrumentation and timbres also creep in to each artist’s solo practices. Check out 33EMYBW’s recent album Arthropods and Gooooose’s Rusted Silicone for more.

The wide stylistic umbrella of instrumental post-rock has always been inviting to sounds and instruments outside of the traditional rock ‘n roll setup, and Guangzhou’s Zhaoze have made a career of electrifying and re-contextualizing the seven-stringed guqin to epic effect. Their latest, Birds Contending, ebbs and flows over an unhurried 43 minutes, mixing atmospheric features from the Belgian forest in which it was recorded with guitar, drums, bass, celesta, band leader Hoyliang’s signature guqin, and bamboo flute.

If the plucked zither registers among the most quintessentially Chinese instruments, the double-reeded suona ranks fairly high on the list as well. This tinny, high-pitched horn is often paired with miniature gongs in music performed during traditional operas and temple fairs, and has been incorporated into the work of a few notable Beijing rock bands. Festival favorite Second Hand Rose, for one, mixes anthemic rock with abundant suona and elements of a traditional Chinese comedic performance style called crosstalk on songs like perennial crowd favorite, “Trick.”

Newer Beijing band Jajatao, formed by Hunan-born rocker Liu Yucao, likewise concocts a raucous mix of suona, gongs, grunge, metal and noise. Jajatao draws from a wider set of influences, according to Liu, who cites early Chinese rock acts as well as ‘90s American alt-rock, Norwegian black metal, and ‘60s free improv as touchstones. A careful listener can pick out traces of all of these on Jajatao’s debut album The Rite of Spring, which is cemented together by the frequent use of suona and gong, of which Liu says: “Frequency-wise they match well, and they share a tendency to counter-tonality.”

Beijing-based singer-songwriter Xiao He, also blends elements from different folk traditions to create a strain of freak folk truly his own. A key figure on the scene at legendary Beijing folk venue River Bar—an early beacon for itinerant musicians from all around China who’d found their way to the capital—Xiao He played in seminal late ‘90s avant-rock outfit Glamorous Pharmacy before settling into an eccentric solo practice. His singular, demanding, neo-folk style is best and most weirdly encapsulated by his 2009 solo album The Performance of Identity, which sees him fully decked out in Peking Opera face paint.

Metal has absorbed and refracted liturgical, ritual and folk-religious elements since its inception, and the diverse field of Chinese metal continues this tradition. Vengeful Spectre, a black metal band with members scattered across the country, incorporates both traditional Chinese instruments and lyrical elements from Chinese folklore in its repertoire, a natural fit with the aesthetics and forms of folk black metal. Band founder Gui Shan, who lives in the small (for China) coastal city of Shantou in Southern China, was first switched on to the genre when he heard trailblazing Beijing metal band Tang Dynasty in 2000. He later gravitated to the raw and extreme sounds of black metal. In addition to folding pipa and xiao, a Chinese flute, into the band’s blistering compositions, Gui says that Vengeful Spectre’s self-titled debut, released this January, conveys “a martial arts story about conspiracy, betrayal, and revenge against the backdrop of ancient Chinese history.”

For more in this vein, check out a recent album by Frozen Moon, a pagan metal duo featuring Vengeful Spectre vocalist Fan Bo (along with lots of suona, gong, and Chinese percussion), and Holyarrow, an epic black metal band from the southern city of Xiamen whose 2016 debut is a concept album about the 17th century Manchurian invasion.