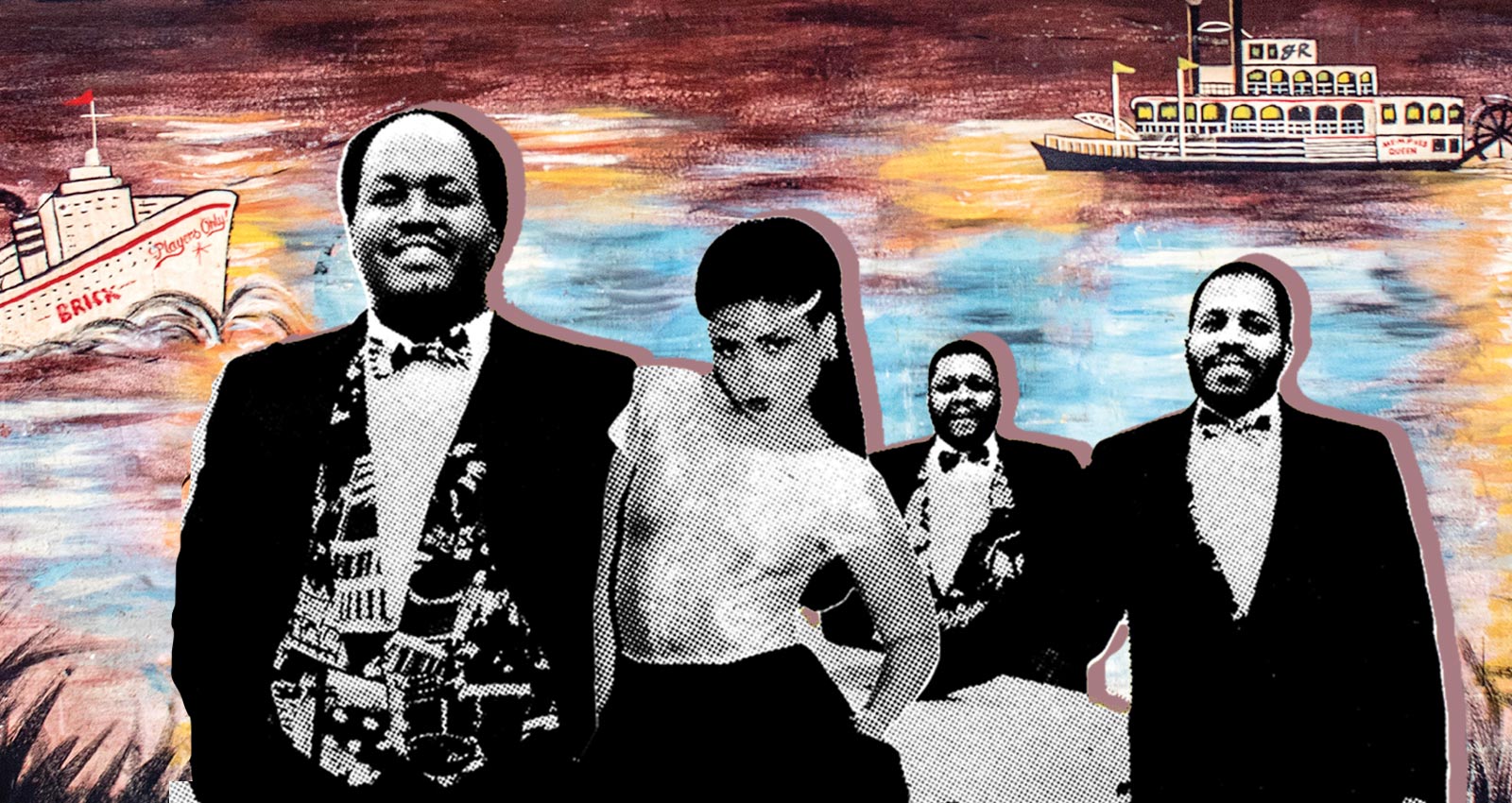 By all accounts, 1977 was a devastating year for Memphis music: Elvis Presley had left the building for good; iconic bluesmen like Bukka White and Sleepy John Estes passed away; Hi Records was sold off, its legendary house band scattered; Al Green was turning his back on secular pop. Even Alex Chilton had decamped to New York City. Memphis soul was dead—or was it?

“Since the main staples of soul music had moved on, local musicians no longer had to conform to a certain ‘Memphis’ sound that labels expected,” says DJ Chad Weekley, one of the forces behind the new Stone Crush: Memphis Modern Soul 1977-1987 compilation documenting the seemingly wan years of the city. “From the outside looking in, Memphis probably seemed dismal and doomed for musicians. But I feel like this provoked creativity and the artists were able to do what they wanted to do.”

Some 10 years in the making, Stone Crush illuminates a wholly obscured moment in time, when all the superstars and defining labels were gone, and there was a freedom to explore without any expectations. “Whatever musical achievements [Memphis] claims are achievements in spite of the city, not because of it,” author Robert Gordon wrote in his classic overview of the city’s music, It Came From Memphis. “Memphis has long been a studio town, a place where a person with an idea can find a laboratory to experiment, to create.”

Stone Crush is nothing if not exploratory and experimental. When Weekley moved to the city in 1997, he was familiar with Memphis’s profound legacy, but also became attuned to the darker, mustier corners of the record store. “I’ve been on the lookout for obscure and weird 45s, collecting Memphis singles of all genres,” he says. “Loving the ‘60s and ‘70s soul sound, my taste buds grew to enjoy the ‘80s sound, too.” The sound suddenly opened up for Weekley—who was a big fan of Dâm-Funk and Tom Noble—when he unearthed a copy of L.A.’s “The Doctor:” “It was just a different sound, and so killer! I was hooked from then on.”

That sound drew on its deep Memphis soul roots, cut with disco stomps, laser-blast synths, canned claps, and apple-bottomed bass squelches. Accordingly, the amalgams gathered here are peculiar and giddy. For starters, there’s O.T. Sykes—known through his promo glossy photos as “The Singing Dentist”—and his title track is a doughnut of sweet, deep-fried boogie. The group Kick came about as the result of a college hook up, with the two deciding to cut a few electro-zapped singles like “Lollie Pop” and “Right Thing” together at Ardent (the studio where Big Star recorded their albums). And after a few infectious singles like “Convict Me,” Libra turned away from music and became a preacher at the Cathedral of God Holy Word Temple.

“This music was mostly outside my wheelhouse,” Gordon explains. “During these years, I was largely unaware of these artists. But in the way that drab brick buildings and old cotton lofts came to represent a much deeper Memphis punk scene and the cinderblock-club blues scene, I began seeing how large discos and the occasional small neighborhood one I’d wander into—walls with mirrors and everyone line dancing—were portals to deep and rich subcultures of their own.” When he was approached to contribute notes to the set, even Gordon was struck by this vein of alternative Memphis music history he himself knew so little about: “Every song and every artist on this collection was new to me, and for someone pretty well versed in Memphis culture and history, that’s a real thrill,” Gordon says.

Author and journalist Andria Lisle, who penned the collection’s liner notes, admits that this seemingly slicker sound of Memphis in the late ‘70s and ‘80s passed her by for years; she was averse to that non-analog, synth-heavy music. “Stax is gutbucket in comparison to the poppier Motown,” she says. “You don’t think of Memphis as a place where folks like Silk Satin & Lace would cut a single like ‘Always.’ But then it’s so Memphis to have a Jehovah’s Witness, his friend, and his 7 year-old son cutting a record together thinking it was going to be a big hit. To me, that’s such a Memphis story.”

One of Lisle’s favorite selections is Greg Mason’s “What Does It Take To Know (A Woman Like You),” made in the computer lab at then-Memphis State University. It’s a brooding soul ballad shot through with blaring alarm tones and hovering UFO frequencies. “It takes futuristic instrumentation, but the vocals are the Memphis of the past, sticking it together. It kinda doesn’t work, but then it does work. It’s a bizarre amalgamation.”

Weird as these songs sound in the 21st century, they also hearken back to the earliest iterations of Memphis music, from the early ’40s and ’50s. According to Lisle, back then “there were no rules. You look at early rock ’n’ roll, rockabilly, soul music, there were hundreds and hundreds of small labels in Memphis that were saying ‘why not me?’,” she explains. “Of course, there are hundreds of reasons for ‘Why not them.’ But they still persevered and cut a record.” That determination pays off in spades with Stone Crush. It shows how the spirit of Memphis never truly dies: it just mutates into something strange and unclassifiable, waiting for the rest of the world to catch up.