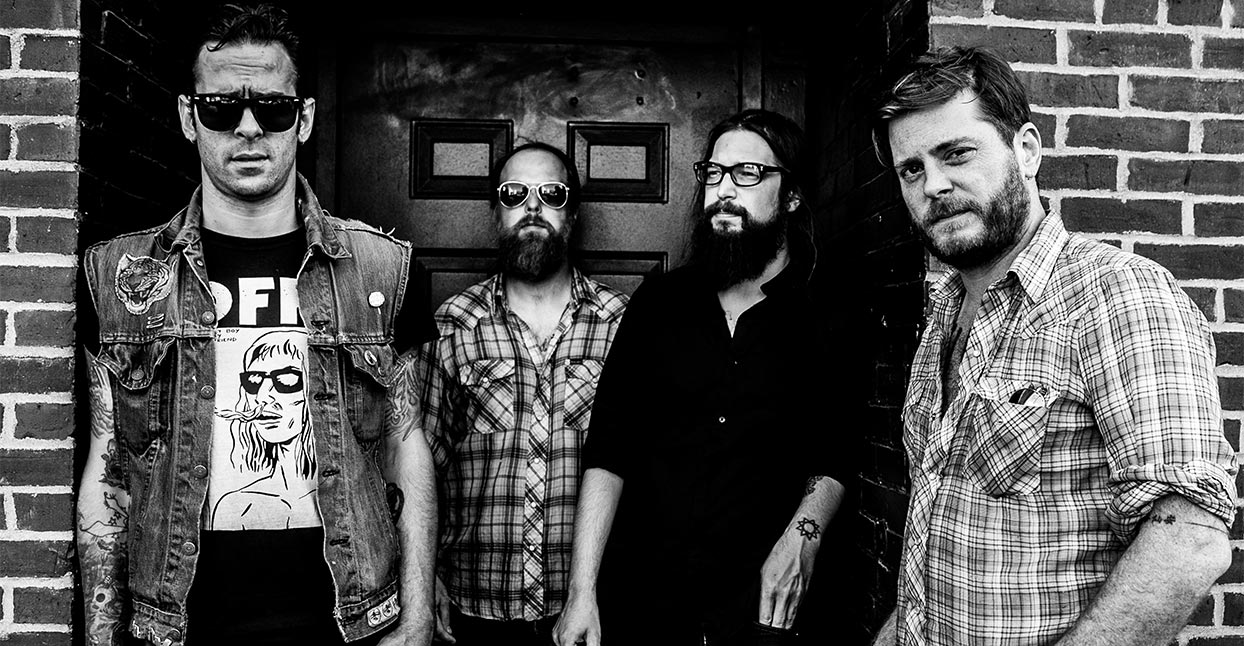 Listening to their early material, it’s easy to see why Planes Mistaken for Stars were often lumped in with post-hardcore revival bands like The Used and Thrice. Like those bands, their songs were unhinged and propulsive, powered by jagged mathematics and ragged-throated vocals. But the Colorado-via-Illinois band seemed to distance themselves from their peers with every release. Their 2004 LP, Up in Them Guts, incorporated sludge-metal grit and classic-rock muscle, elements they explored even further on 2006’s Mercy, a swansong of sorts that ended the band’s first chapter. And while their contemporaries favored vocalists who attacked each song with a thin screech, frontman Gared O’Donnell sang in a gruff howl that wavered and warbled above the surrounding noise.

The group’s latest album Prey, is their first album since their 2010 reunion, and it showcases the group at their most diverse. Its songs range from the fist-slamming noise-rock of opener “Dementia Americana” to the twisted acoustic balladry of “Black Rabbit.” We spoke with O’Donnell from his home in Peoria, Illinois about the birthplace of the band, their move to Denver, and the other locations that have proven important to the band’s ongoing evolution.

Bring me back to Peoria in the late ‘90s. You guys are young, full of angst and energy. How was Peoria, as a place to start a band?

It was really driving, because we knew we didn’t want to stay here. Other than our little insular community, Peoria wasn’t very accepting. I love it here to a certain extent, but even still I get people on a regular basis in passing cars yell ‘F****t!’ and I’m like ‘What?’ This has happened from when I was 16 up until I was 40, man

A few years into the band, you guys did get out of there. You made the jump to Denver where you built a following, put out some great records and, despite some lineup changes, kept at it. What made Denver a good place to call home for so many years?

Well, when we left [Peoria], it was kind of a mass exodus. There were 13 of us that moved down at the same time, and half of us ended up living in the same house. That was a bomb that kind of dropped on Denver. It was undeniable. We charged ahead and we brought the sensibilities we have, being super Midwest and super open. If you’re into being creative and sort of counterculture and you grow up [in Peoria], you’ve got some serious fucking gumption, man [laughs]. I think we’re [among] the last generation of bands that got beat up for being skateboarders, or got fucked with for listening to punk rock. It’s a period of my life I consider very special. The few lineup changes we had have all been very organic, and always seem to happen at a time of growth, individually and artistically.

Digging into your discography, you can hear little musical tweaks to the formula with every lineup change and album, and it never feels forced. It’s been a very natural progression.

It’s like looking at a scrap book. I don’t make a habit of sitting around listening to my own shit. But if I do, there’s a certain level of nostalgia, especially for the early things where I’m like, ‘Oh, listen to that kid.’ But everything from Up in Them Guts until now, it’s all very topical. In fact, I understand those songs more than when I wrote them.

It seems like a lot of artists feel disconnected from their previous work, so I find it interesting that it’s the opposite for you.

At the time I thought I was just being clever, using turns of phrase, making up little stories, but it turned out I was really looking into a crystal ball [laughs]. I was laying it out. It’s cathartic, and maybe that was my therapy to get through a bad relationship, or a bad time, or a period of growth. Growth isn’t supposed to be comfortable. Some things should be fluid, but a lot of it is going to hurt because that’s how you learn. You don’t play with sharp knives because you cut your fucking fingers as a kid [laughs].

Tell me about Gainesville, Florida, and The Fest. You guys played your official last show in 2008, but you did an impromptu set at the 2009 Fest, and formally reunited at the 2010 Fest. You guys are back this year, too.

Gainesville can be a pretty magical place. There’s a lot of like-minded people in a small area, and No Idea [Records] is the linchpin for the whole thing. They’re very supportive, and they understand that [punk rock] is sort of a lifestyle. They just understand community and taking care of each other. Plus, it doesn’t hurt that I met my wife there, so I spent a good two years chasing her around Gainesville, catching the cheapest flights I could find from Peoria to Gainesville so I could woo her, so to speak. There are a lot of stories in the songs whether it’s Hawks & Doves (O’Donnell’s solo project), or Planes stuff that stem from that.

Let’s talk about the much-publicized spirit quest that you took to Waukegan, Illinois to finish writing Prey. (Note: O’Donnell is quick to clarify that he didn’t actually fight any truck drivers.)

[laughs] Yeah, that might have gotten a little inflated, but I did have this great, grandiose idea that I was going to get in a car, travel the Midwest, and find myself. I did, but it wasn’t as exciting as you would think. [laughs] It was actually rather bleak. Everything’s been pretty okay since. I did learn some stuff. I guess being alone was pretty good for a couple of days, but I also learned it’s easy to go down dark rabbit holes if you’re not careful.

Sonically, Prey fits into that. It’s a very dark album, but it seems like getting home was probably the more fruitful journey, reorienting yourself and being more happy there than on your solo trek. Am I correct?

Yeah, you hit it on the head, dude. Absolutely, and that makes me feel really warm that somebody got it. That’s what it is, and that’s what a lot of the record is about. Fighting anxiety and fighting the darkness in you and trying to flip it. Even if some of the songs are ugly, they’re really just testimonials to get past it.

I think it’s easy to fetishize this “artist’s journey”, where you hit the road, and drink whiskey like a beat poet or something, but when you have your two screaming sons running around, it’s probably more peaceful.

Yes, indeed. Just look at your feet, and then you know where you’re standing, and then start from there. It sounds so trite, but when I was on that trip, I could look at my feet, but I had no idea where I was standing. Now I have a better grasp of it.