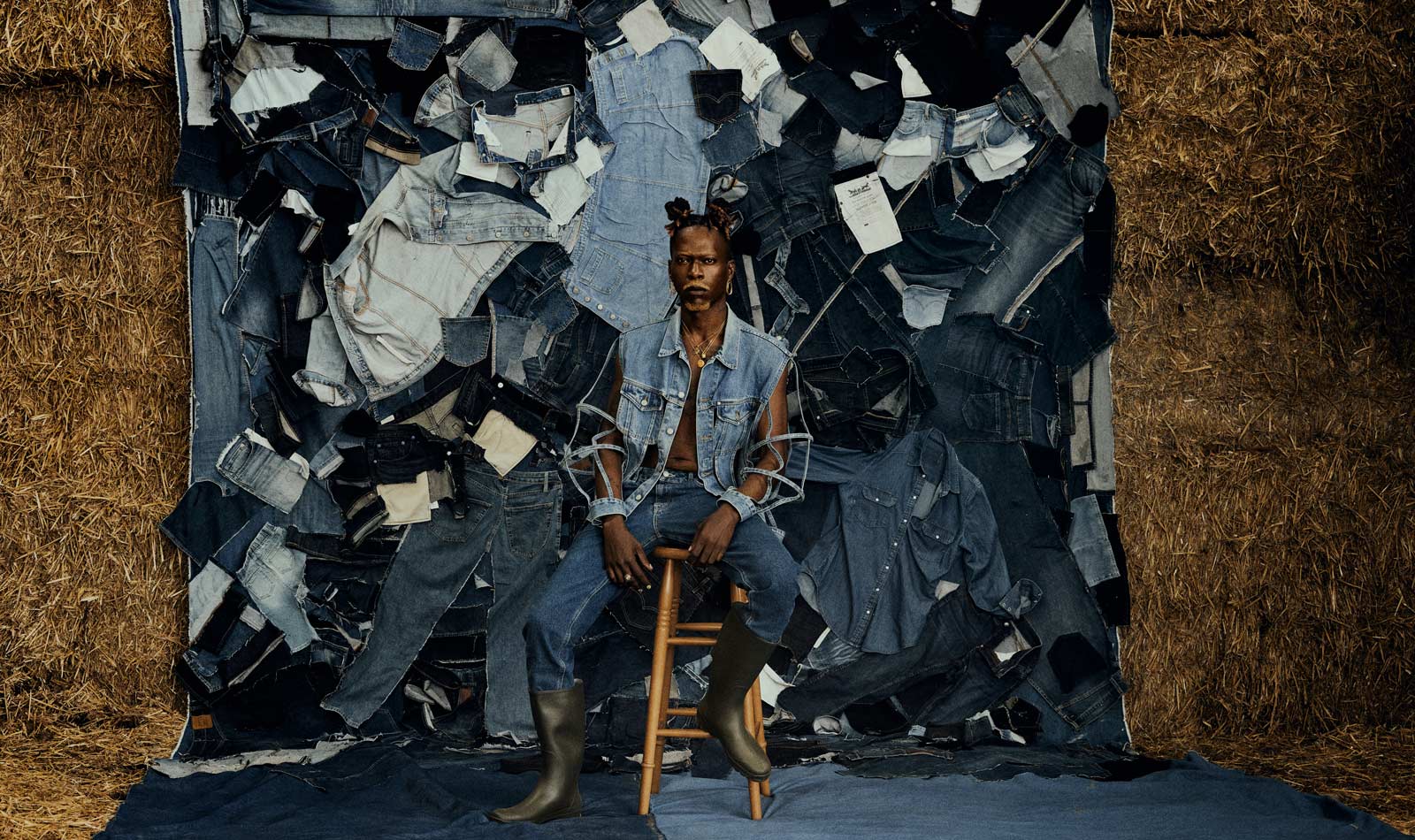 Pierre Kwenders‘s music has always been intensely personal. On his two first records, 2014’s Le Dernier Empereur Bantou and 2017’s MAKANDA at the End of Space, the Beginning of Time, Kwenders sings about family, dreams, and the power of love. Yet, the Kinshasa-born, Montréal-based artist has always kept a certain distance between his personal life and his onstage character, choosing to perform under a pseudonym borrowed from, and in honor of, his late grandfather.

José Louis and the Paradox of Love, his third and latest album, blurs those lines. The title symbolically references his birth name, indicating an even closer connection between the songs’s themes and Kwenders’s lived experience.

“It’s because I became so far the best version of myself,” says Kwenders. “Since the last album, I learned a lot of things about myself and a lot of things about the relationships I had with friends, family, and also lovers. So I just wanted to be the most vulnerable as possible and tell my story, and hopefully, people will see themselves in what I am saying.”

Although he sings in Lingala, French, English, Tshiluba, and Kikongo, Kwenders’s music is transportive, beguiling, and emotionally relatable, whether you understand the lyrics or not. His vocals are unhurried and sensual, the production luscious. José Louis is also an undeniably danceable album that showcases Kwenders’s ability as a DJ, and the global, genre-defying approach that characterizes his Moonshine collective, a multidisciplinary artist collective and party series that celebrates diversity in dance culture.

Opener “L.E.S. (Liberté Égalité Sagacité)” starts with airy synth pads and an acid bassline, slowly filling out with percussion and Kwenders’s rousing calls for “Liberté! Égalité! Sagacité!” building in intensity with deep bass and pleasantly dissonant guitar lines. Halfway through the track, which almost reaches the ten-minute mark, Arcade Fire’s Win Butler chimes in with the mantra, “This brotherhood is no good.”

The track is a reference to the French revolutionary motto but replaces “fraternité” (“brotherhood”) with “sagacité” (“wisdom”), calling into question the outdated values of brotherhood: “People take a lot of pride in their brotherhood,” says Kwenders, “but sometimes they forget just to love, basically. I think that’s the message: this brotherhood is not good, so it is time to change and find better ways to live with each other.” The track is also a reference to a popular song by Ivorian singer Douk Saga, who created the coupé-décalé music style and dance.

“There are always references to people who inspired me,” says Kwenders, “I am a huge fan of Douk Saga; coupé-décalé has evolved through the years and become its own genre.” Saga is again honored on the coupé-décalé-inflected “Coupè,” produced by frequent collaborator Uproot Andy. “That kind of song is a little reminder of another genre; if people are curious enough, they will go and find out about coupé-décalé. If I help people a little bit with my music to discover all the beautiful things that come out of Ivory Coast and West Africa—then, you know, my job is done,” he laughs.

Kwenders pays homage to several other African artists throughout the album. On “No No No,” he shines a light on the Congolese women who have inspired him, including the great Mbilia Bel and Tshala Muana; lead single “Papa Wemba,” which combines a rugged, truncated soukous-like beat with a swirling, syrupy sax line, is a joyous tribute to the legendary Congolese musician. And on “Kilimanjaro,” Kwenders uses the titular peak (Africa’s largest) as a metaphor for the liberating exploration of sexuality and desire. The music superimposes Kwenders’s face onto the bodies of numerous famous Black and African historical and cinematic figures, from iconic drag queen and fashion designer Pepper LaBeija to Prince in Purple Rain, Fela Kuti, and Orfeu Negro. “I can kind of see myself in these people, in what they tried to portray or even who they are, so I just wanted to showcase that, and even have just a little bit of fun,” says Kwenders.

Indeed, across the album, love is celebrated in all its forms, from the sensual to the familial to the love of one’s country. “That’s why it’s the paradox of love: through love, you can experience passion, anger, treason; it makes your heartbeat differently.”

“Your Dream,” for example, which opens with a voice note from Kwenders’s mother sending her blessings for his 34th birthday, is about balancing family expectations with the right to live our own lives. The family appears once again on “Radio Trottoir,” in which Kwenders’s brother-in-law sings over the phone from Congo in a disarmingly charming interlude. The same musical theme works its way back into the dramatic “Sahara,” produced by Portuguese DJ Branko, who also teams up with Kwenders on several other songs, including “Imparfait,” featuring French singer Sônge, and the tender “Heartbeat” with French-Senegalese artist anaiis. Branko is only one of many producers who contributed to José Louis, which also features multi-instrumentalist Tendai Maraire (who produced Kwenders’s last album) and Haitian-Guyanese DJ/producer Micheal Brun, among others.

From his reverence for his forebears to his deeply collaborative approach, it’s evident that music is a community endeavor for Kwenders: “I feel privileged that I was able to travel with my crew, Moonshine, and meet great artists, people who have the same vision and with whom we can build something together. This album represents that; we’re trying to build a bridge between all the diaspora and all the lovers of African sound and Congolese rumba, just trying to create this melting pot where all of that can be together at ease and just vibe.”

One of the most personally meaningful collaborations on the album, “Church,” features Africa Intshiyetu Choir, the same church choir that opened the door to Kwenders’s musical career when he moved to Montréal from Kinshasa at sixteen. “One day, someone just came up to me and asked if I wanted to join, and I said, ‘Why not!'” he remembers. “I am where I am because of that specific day.” Everything comes full circle.

“The best way to end this was to have my choir with me,” he muses, “and back then, there was no Pierre Kwenders. That’s why it’s Josè Louis, you know?”