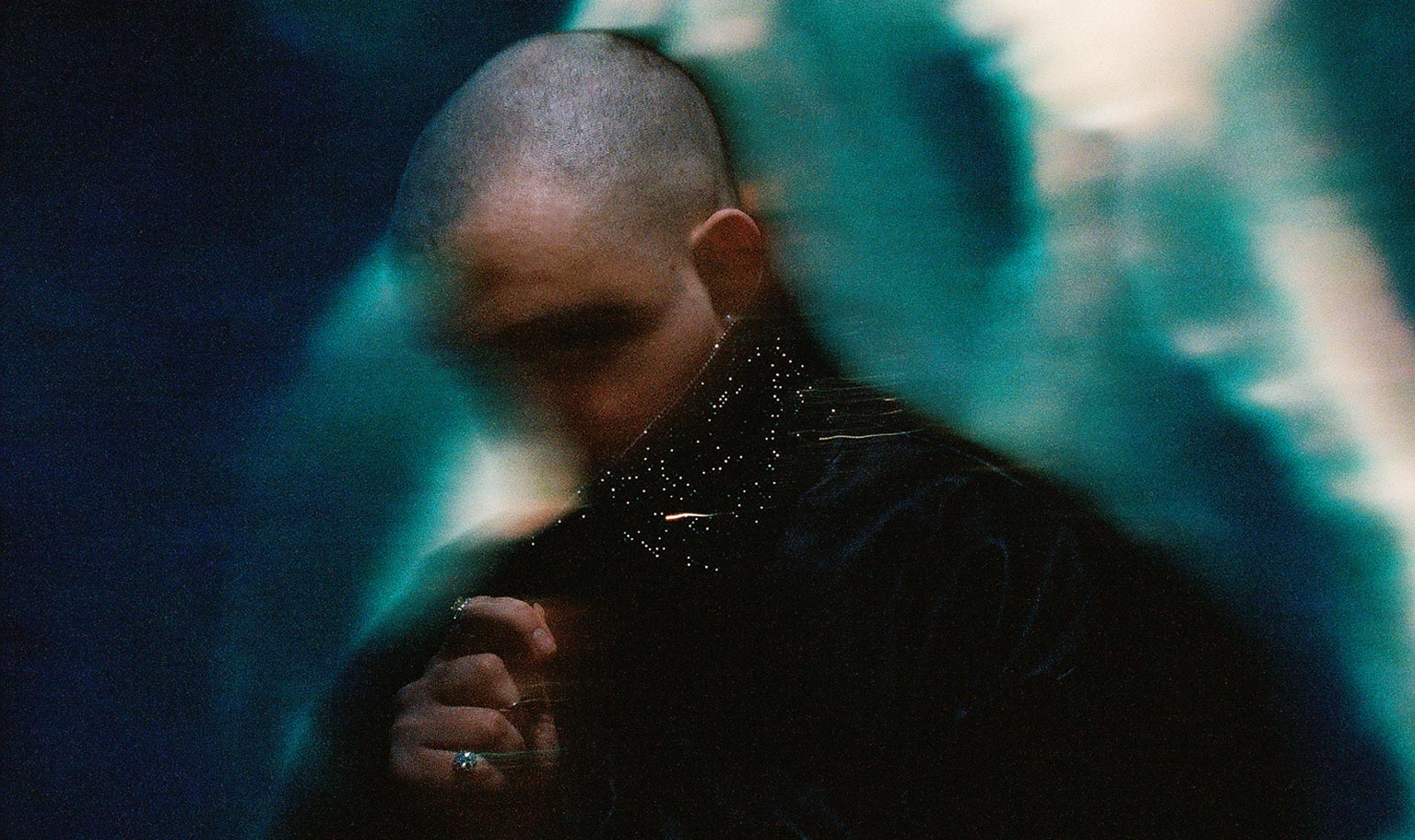 “What usually is a $50 ride to the airport became a $300 bribe to get out of my complex and get in a car and hope we don’t get pulled over,” says DJ and producer Eli Osheyack. The SVBKVLT mainstay recently returned to America in the wake of a lockdown that has frozen the thriving club scene in Shanghai, the city where he has lived for the last 10 years. His latest record Intimate Publics is an ode to the scene he’s grown with over the last decade. Incorporating Vocaloid samples and MIDI strings into his usual arsenal of noisy, industrial percussion, he crafts a cybernetic emotionality that reflects his decade-long journey with Shanghai club culture.

That journey began on a whim in 2012. “As a lot of people did in that era, you show up and then you just end up staying,” he says. Invited by a friend, he didn’t initially intend to make music. “I nearly left immediately, because nightlife was mostly this expat-run thing, and I really didn’t move to Shanghai to hear a French guy play tech house,” he says. “It was almost all white guys doing this missionary thing of teaching like, ‘This is the proper way to DJ.’”

But soon, things changed. “Almost out of nowhere these younger club kids took over,” says Osheyack. SVBKVLT and Genome 6.66Mbp represented a new generation of people who “were wearing trash from Taobao on their heads and were playing a whole bunch of weird stuff together that you’d never heard before.” Disregarding the Eurocentric standards of the expat scene, “new DJs and promoters were taking bits and pieces of stuff from all over the world, and reassembling it to make it make sense for Shanghai.” A homegrown scene surfaced around clubs like Shelter and ALL, and soon waves began reaching smaller cities like Hangzhou and Chengdu; a Chinese club circuit was born. “That time was really special,” says Osheyack. “I feel very privileged to have been around for it, because you just didn’t know what was gonna happen next.”

Osheyack was swept into that riptide of energy. But reluctant to replicate the dynamics of the expat scene that repelled him, he was initially cautious. “I didn’t actively try to go out and get a [show],” he says. “I made stuff and I gave it to friends who gave it to friends, and I really didn’t wanna play, unless I was asked by somebody who already had a very distinct night.” Eventually, he fell in with the tight-knit SVBKVLT crew.

“[Intimate Publics] is meant to encapsulate this period,” he says. Borrowing from Michael Warner’s social theory, the record was born out of a reflection of his experiences with SVBKVLT and the Shanghai club scene as a public. “The notion of a public enables a reflexivity in the circulation of texts among strangers who become, by virtue of their reflexively circulating discourse, a social entity,” writes Warner in Publics and Counterpublics. Intimate Publics functions as both a collection of club-ready bangers and a meta-text, embodying the relationships that he’s nurtured in the past decade.

Fans of the label have much to appreciate here: heavy kicks, broken beats, carefully sculpted samples. The record opens with three heaters in “Edging,” “Thrall,” and “Being Online.” The discarded shreds of Vocaloid phonemes in these tracks foreshadow the uncanny emotionality to come in “Still,” a beatless track whose tenderness is a bit of a departure from Osheyack’s earlier work. Built around stock phrases included in the Vocaloid software—“Will you still even care for me?”—the track layers those platitudes over an expanding two-chord progression. Befitting the complicated circumstances of his farewell, Osheyack plays with cliche in his most emotive work yet.

“Piecemeal” continues in that same direction, rhythmic microsound with haunting MIDI strings that bend toward sadness rather than anxiety. “Pratfall,” on the other hand, is club detritus, with plenty of space between its metallic, percussive bursts. The album’s energy comes to a climax in the distorted breakbeats of “Usually Never,” while “Reification” ends the record on a plaintive note, MIDI orchestration creating a simulation of catharsis.

“I think by the time that I could go back, there’s gonna be such a significant change to what’s happening in Shanghai and in China,” says Osheyack. “I have no idea what it’s gonna be.” With the lockdown lifting slowly in Shanghai, the club scene may persist, but the public to which Osheyack bid farewell in this record will remain but a memory.