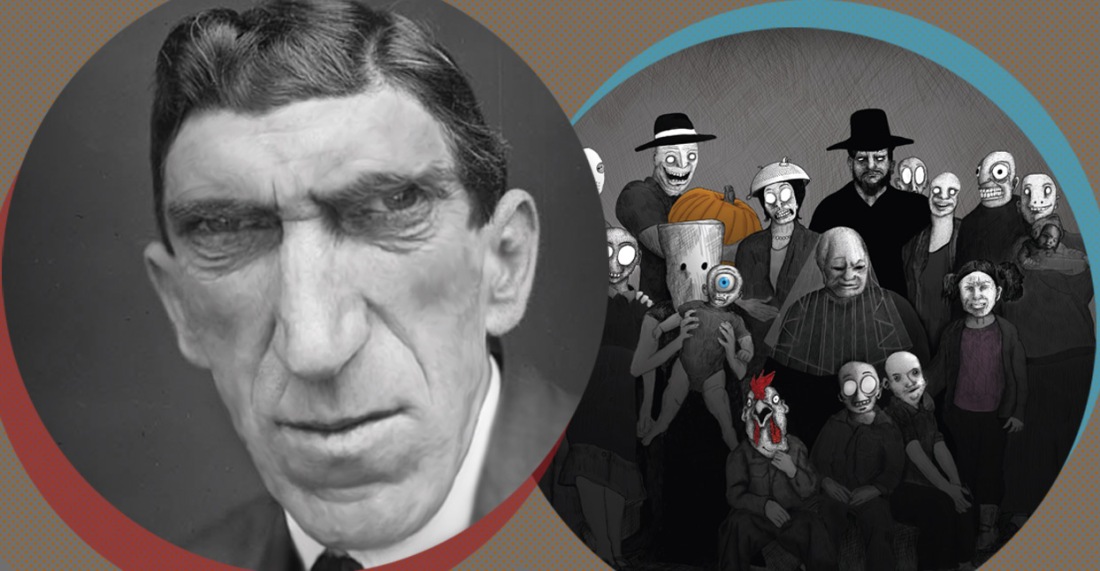 The odds that the little-known Primus offshoot Beanpole—a group of self-described “mutant hillbillies” active from 1984 through 1999—would stage a comeback of sorts in 2018 were probably slim to none. Hatched from the warped, childlike mind of Derek Greenberg of ‘90s-era alt-rock unit The Spent Poets, alongside Adam Gates (also of Spent Poets) and Les Claypool and Larry LaLonde of Primus, Beanpole cranked out a string of batshit crazy, carnival-esque ditties that, two decades later, are now being released via Sean Lennon’s Chimera label.

Beanpole’s songs found their way to Lennon thanks to a serendipitous conversation. Amid his recent tour with The Claypool Lennon Delirium, Lennon and Claypool’s collaborative project, the Primus bassist/singer decided it was high time Lennon learned about the freak show that was his side project. Describing that experience, Lennon slips into character—pet names included—to share his account: a retelling that’s not without a few creative embellishments.

“I’ll never forget—it was a crepuscular hour, somewhere between the gloaming and twilight,” Lennon cryptically recalls. “Les summoned me to the bus urgently. ‘Shiner!’ he said to me, ‘I want you to take a listen to something, and I need you to listen up reeeal careful, ya hear me? What I’m fixing to play you has NEVER been NEARED from no Shiner before this.’ At that moment, the bus began to rumble, and I was side-struck by the most tremendous cacophony I’d never heard before in my life. ‘What in Traci Lords’s name is happening to my earholes?’ I whimpered. ‘That!’ cried Les over the wind and thunder, ‘That is called Beanpole!’”

Just like that, Lennon was hooked on Beanpole’s food-obsessed, weirdo character-driven, made-for-amusement-park-ride theme music. “At first, I thought that Les had inadvertently opened a tear in the fabric of spacetime, opening a wormhole between worlds,” Lennon explains. “But then I realized he was playing me music—it was a band known as Beanpole, well-loved by certain members of an elite inner circle, but never before shared with an outsider like myself. It sounded like Captain Beefheart had joined the Beatles, but given them all a terrible mix of mescaline and meth, sending the band hurdling topsy-turvy into a kind of musical underworld populated by the ghosts of former record label executives, and other nefarious Hollywood demons.”

Now, All My Kin, a hodgepodge of previously unreleased, unflinchingly quirky Beanpole earworms, is finally being released for the enjoyment—and, perhaps, bafflement—of the broader public. To that end, Greenberg—who originally conceived the band as a DIY-minded, lo-fi project influenced by his biggest inspirations, the Residents and the Beatles—was shocked when Gates informed him of the release’s existence. Twenty years after founding Beanpole during his college years in the mid-’80s, he says the group had largely receded from memory. “[Gates] contacted me and said, ‘Guess what? Sean Lennon likes Beanpole!’” recalls Greenberg, admitting, “I’d completely forgotten about Beanpole.”

During their grunge and alt-rock’s ’90s heyday, Beanpole were a busy bunch, a collectively-steered vehicle for Greenberg’s offbeat, insanely catchy sing-alongs. His pals played a vital role in the proceedings, of course: “Grandma,” “Farmer Loved An Onion,” and “Chicken Boy”—all of which are included on All My Kin—were composed alongside Gates, Claypool, and LaLonde. As an amused Greenberg recalls, they’d “go over to Larry’s house or Les’s house, and I’d just show up with a song and say, ‘Well, all right, let’s do this!’” At Greenberg’s urging, his bandmates stepped out of their creative comfort zones and picked up instruments with which they had little experience; Claypool traded his bass for drums on a handful of tunes, while LaLonde swapped his guitar for clarinet.

Such are the trappings of Beanpole’s conciously quirky pallette: a twisted soundtrack for a kid-friendly funhouse. “The idea behind some of the tracks was Disney theme park attraction songs,” Greenberg says of his mostly PG-rated, free-form approach. “To me, it’s a lot like comedy—I just want people to laugh. I like to write about absurd, ridiculous things—stuff that nobody writes about—and I want it to be kind of family friendly.”

As stuff-of-Primus-legend has it, Claypool originally tried to release a Beanpole full-length via Prawn Song, the left-field imprint he helmed throughout the ‘90s. There was a catch: his partner label, Mammoth Records, had the final say regarding all Prawn Song releases—and they didn’t find Beanpole’s hijinks amusing in the least. The powers that be loathed Beanpole, so much, in fact, that they dropped Prawn Song as a partner entirely. (“I think they had just had their fill of Claypoolesque musical sandwiches,” says Claypool, speculating on the label’s reasoning for the split.)

With Lennon rescuing Beanpole from oblivion years later, Greenberg is relishing his band’s unlikely comeback, as well as the accompanying trip down memory lane. Mind-frying riots like “Judge Wapner”—a Chipmunks-style, synthesizer-rumbling tribute to the popular 1980s courtroom TV show The People’s Court—and the Deliverance-lite, back porch country twang of “Monkey Boy,” for example, serve as intimate, explosive time capsules dating back to Greenberg’s teenage years. “What’s really amazing to me is none of the material on the Beanpole album was ever recorded with the intention of being released to the public,” Greenberg says. “None of it. Every single thing on that record we recorded just to make ourselves laugh—to have fun. We didn’t even share it with all of our friends. We just kept it amongst ourselves. That’s what’s so weird about it being released now.”

Greenberg is particularly fond of “Supper Time!,” “Lunch Time!,” and “Midnight Snack!”: three gloriously-mangled, carousel-dizzy instrumentals concocted by LaLonde, which unfold like Primus songs playing an abandoned theme park. “It was during that period that we’d show up and Larry would say, ‘Hey, look what I did,’” he says. “Then he would play us one of these instrumentals and we’d go, ‘Oh my goodness! That’s amazing!’ He was able to do that because he got it: he completely understood the aesthetic and the kind of philosophy behind what a Beanpole track should be. So just on his own he created three tracks and they’re my favorite things on the album. They’re brilliant.”

Greenberg, a longtime Bay Area resident and graphic designer, still writes songs and records, though he doesn’t plan on commemorating the long-lost All My Kin with a full-fledged Beanpole reunion. One thing is certain: he’s gained a super fan in Lennon, who praises the band in passionate, even sublime terms. “Beanpole is the inevitable apex of all human history, the culmination of every possible outcome since the Big Bang itself!” Or consider the words of Claypool, Lennon’s fellow Beanpole acolyte, who frames the sonic proceedings as a bonafide miracle: “Beanpole is not just sleight of hand, it is real magic. And it makes pineal glands throb.”