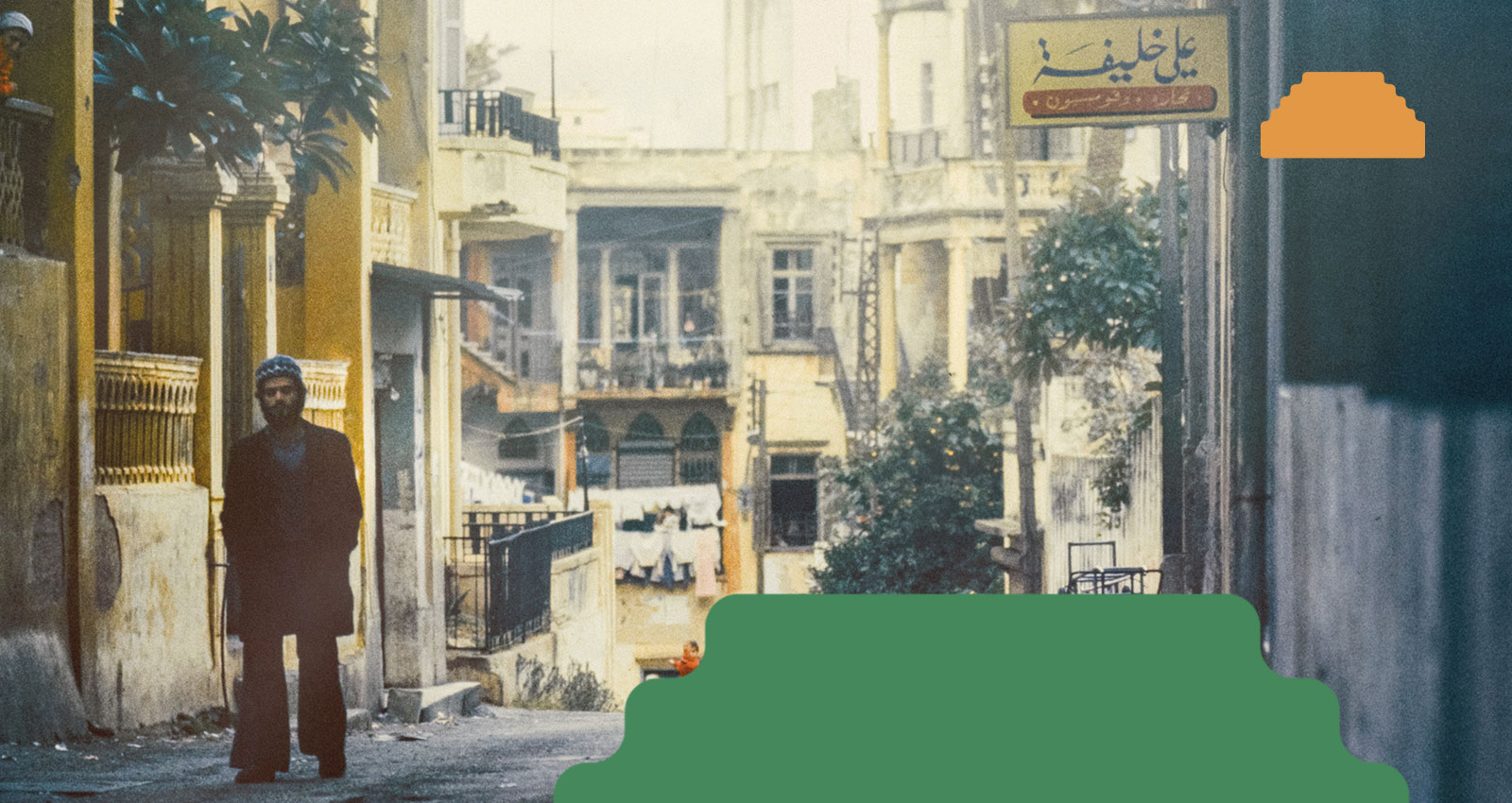 This latest batch of best new reissues focuses on American indie folk band Bright Eyes and the beginning of one of the year’s most ambitious reissue projects. But we’ve also got Italian cinema music, Venezuelan salsa, 1980s Ghanaian dance, and more.

Bright Eyes ended an eight-year hiatus in 2020 with the rollout of their tenth album, Down in the Weeds, Where the World Once Was. Maybe reconnecting with the band has inspired Conor Oberst to reckon with the past. The re-release of Bright Eyes’s first three full-lengths—A Collection of Songs Written and Recorded 1995-1997, 1998’s Letting Off the Happiness, and 2000’s Fevers and Mirrors—begins a project that will see every pre-hiatus album reissued. The re-release of each LP will also include a companion EP featuring new recordings of songs from the original releases with guest input from the likes of Phoebe Bridgers, Waxahatchee’s Katie Crutchfield, and M. Ward.

These new versions escalate the arrangements—the updated “Exaltation on a Cool Kitchen Floor” is given an extra sense of majesty and sweep—but it’s fun to revisit Bright Eyes’s lo-fi roots. The title of A Collection of Songs Written and Recorded 1995-1997—essentially an Oberst solo album—suggests a scrapbook of recordings, and that’s how it plays: sketch-like but charming. The fuzzy electric guitar and dinky drums of something like “Falling Out of Love at This Volume” has a kind of dirtbag cool to it. Moving on to Letting Off the Happiness, the first Bright Eyes project to feature and be produced by Mike Mogis, kept an element of rustiness, leaning into anti-folk and emo: there is the despairing “Padraic My Prince,” which begins with the image of a small child drowning in a bathtub, contrasting the almost punk-country hybrid sounds of the rollicking “The City Has Sex.”

The first truly great Bright Eyes record, though, is undoubtedly Fevers and Mirrors. The arrangements are typically more poised, more polished—“The Center of the World” feels like a Britpop holdover. And the writing is more gripping, a tightly knotted web of dueling narratives and vivid characters with plenty of curve balls and tight turns. There is the recurring character Arienette among reappearing images of clocks and calendars, reflecting the feeling of purposelessness Oberst feels as he delves deeper into his heart of darkness than ever (“Once the page of a calendar turns it’s no more/ So tell me then what was it for?” he sings on “A Scale, A More, and Those Indifferent Clocks.”) Towards the end of Fevers and Mirrors we get a staged radio interview as Oberst (actually played by Todd Fink of band The Faint) discusses the album with a half-informed DJ that includes plenty of questionable statements, conversational dead-ends, and odd nonsequiturs; as if a computer tried to simulate the chat but couldn’t quite make it feel real. Some may find this self-aggrandizing grating, but it puts the button on an album that can feel like a phosphoric fantasy. Now, with these new reissues, Oberst once more tries to spin a new narrative. Six more albums in the series to come.

Hajaji’s interest in Brazilian music triggered the amalgamation of the nation’s jazz with Arabic sounds that are richly felt on this record. Oghneya is arranged by Ziad Rahbani, and the large-scale flutes and strings come through the album like broad brush strokes: check out the title track, a stirring ballad. But Oghneya is also a politically-charged release, with Hajali, a leftist activist, singing lyrics that incorporate writing by Mahmoud Darwish, Samih Al Qasem, and Tawfiq Ziad, three crucial figures in Palestinian poetry. Oghneya was originally released independently on cassette tapes. For unclear reasons, the band insisted that this version remove two songs from the original release: “Ghfyara Ghaza” and “Huloul,” with a different tune, “Juma’a 6 Hziran,” included as a partial replacement.

Los Kenya were led by Ray Perez, a prolific pianist and bandleader in the Venezuelan salsa and Afro-Latin music scenes in the 1960s and ‘70s. One of many groups Perez assembled in his career, Los Kenya came together after returning to his home country following a stint in New York. Siempre Afro-Latino was first released in 1968 on Velvet. With Luis Arias and Luis Lewis on trumpets, these are raw, powerful salsa tunes: see how the duo’s brass instruments battle on closing track “Descargan los timbales.”

Experimental English musician Anthony Moore boasts a resume that includes work as an engineer and writer on two latter-day Pink Floyd albums, but as a member of the band Slapp Happy and solo artist, he’s forged a mean discography of his own. Released in 1979, the charming Flying Doesn’t Help is strongly reminiscent of Talking Heads’s new wave sound—there’s the keyboard riffs, the tuneful guitars, the art-pop sheen—though when he leans into his London accent, Moore makes for a convincing Paul Weller analog.

Berto Pisano was an Italian jazz musician and pop songwriter, but he’s probably best known for his work on film soundtracks between the 1960s and 1980s. La Novizia (The Novice) is an erotic comedy-drama from 1975 directed by regular Pisano collaborator Giuliano Biagetti. The music—never been released before in a standalone format—encapsulates the cool lounge sound of Italian cinema. Languid guitar lines and drumming complement sharp string chord changes on “Interno Notte,“ while Free Dimension” steers the set into acid rock. Then there is “Canto Notturno,” its prominent whistling and dusty acoustic guitar plucks invoking Italy’s most famous soundtrack man: Ennio Morricone. This reissue comes from Four Flies Records, a Rome-based label founded by Pierpaolo De Sanctis, that since 2015 has gloriously made it its business to revive old Italian movie soundtracks from Piero Umiliani, Alessandro Alessandroni, and others.

Ghana in the 1970s boasted afro-rock, funk, and highlife scenes to rival the famed sounds of Lagos, Nigeria. The stream of reissues that have come out of the era attest to this—newcomers should start with Soundway’s Ghana Sounds series. This set, released by London-based Kalita Records, skips forward to the ‘80s and ‘90s, when electronic instruments gripped Ghanaian musicians, leading to a synthesized highlife sound. See how Thomas Frempong takes tuneful guitar licks, a building block of highlife, are matches them with drum machines on “Mada Meho So.” Or how the organic percussion instruments co-mingle with slick electronic grooves and pleasant melodies on Paa Jude’s nine-minute “Odo Renfre Wo.” It adds up to a collection that makes the compelling case that Ghana had a 1980s electronic pop music scene as strong as South Africa’s during its bubblegum era—and it deserves a showcase.

French label Saravah was founded in the mid-1960s by singer, songwriter, and producer Pierre Barouh. This new compilation looks at the label’s crucial first decade or so, capturing Barouh’s eclectic proclivities.

Saravah was established just before the release of Un Homme et Une Femme (A Man and a Woman), a film that Barouh not only performed music for, but also starred in. It won the Palme d’Or, helping to enhance Barouh’s celebrity, and alongside friend and associate Fernand Boruso, he developed his label into a center of pop, beat, soul, global music, and jazz from its Parisian studio in the Les Abbesses neighborhood in Montmartre. Pierre Barouh and the Saravah Sound opens with canyon-voiced soul singer Marva Broome channeling Big Maybelle on “Mystifying Mama.” There’s the basement jazz performance of Rene Urtreger’s “Tchac Poum Poum.” Barouh’s interest in African music is reflected by the two albums Saravah put out by Gabonese artist Pierre Akendenge, whose “Orema Ka-ka-ka,” from the 1976 record Africa Obota, is featured here. There are some unusual experiments: E.D.F.’s song “E.D.F. Power” matches psych guitars with free jazz horns and woodwind instruments. And perhaps it was Barouh’s passion for film and drama, but there are some theatrical spoken word performances too, such as Michel Roques’s “Monsieur Chimpanzé.”