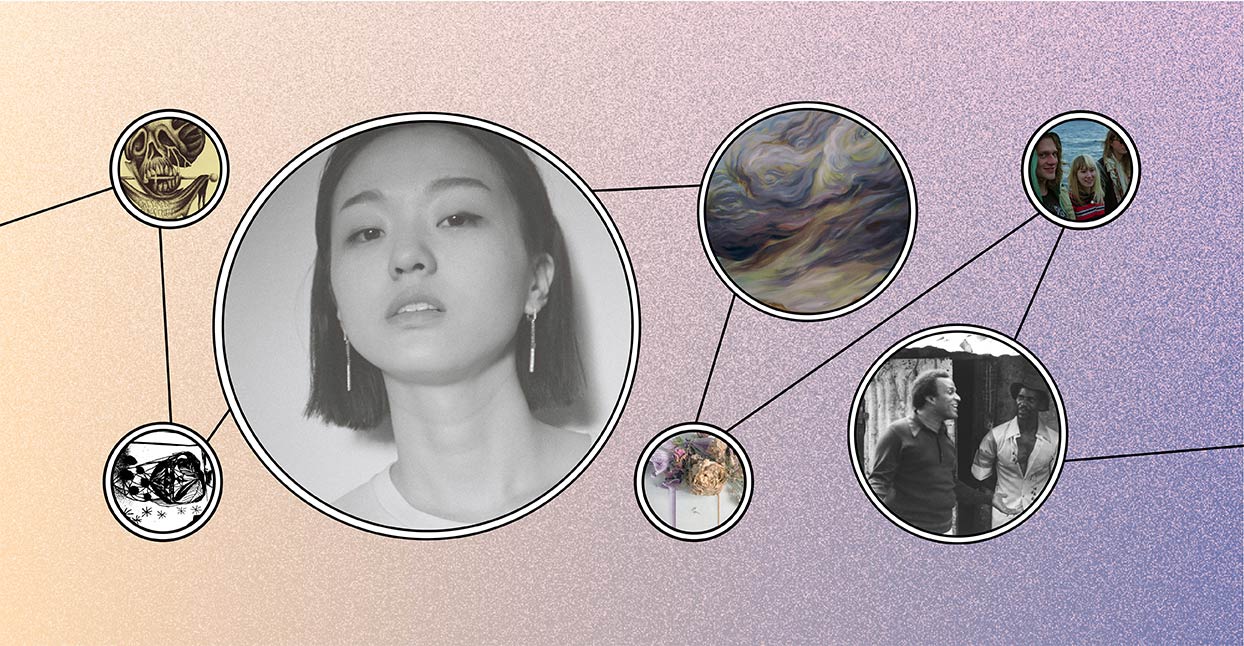 Welcome to Seven Essential Releases, our weekly roundup of the best music on Bandcamp. Each week, we’ll recommend six new albums that were released between last Friday and this Friday, plus pick an older LP from the stacks that you may have missed. This week, we’ll be covering both new releases as well as a few that appeared after we began our Best of 2018 coverage.

The two albums collected on this album, Conflict Dub and Dubbing in the Front Yard were initially released in 1977 and 1982, both in extremely limited quantities, and both vanished almost as quickly as they appeared. Which, in a way, is shocking: the albums are collaborations between legendary producer Bunny “Striker” Lee, who manned the boards for classics by Max Romeo and Johnny Clarke, Prince Jammy, a disciple of dub icon King Tubby, and The Aggrovators, a band who counted among its members (at various times) Earl “Chinna” Smith, Sly Dunbar, Tommy McCook, and more. These two records restore a crucial missing chapter in the trio’s history of collaboration. What stands out most about the songs gathered here is their fondness for melody; much classic dub moves in the other direction entirely, hollowing out the center of the song completely to make as much room as possible for echo-drenched rimshots, rippling bass, and all manner of eerie, far-off noises. Instead, Lee and Jammy use that setting as a simple backdrop, which allows The Aggrovators’ proficiency as a working band to come to the fore. Witness how much space is afforded to the smoky guitar lead that wriggles through the center of “The Gates of Dub,” or the gentle chicken scratch guitar that proves the spine for “Hold Them In Dub.” Dub tends to be suffused in darkness, but the 20 songs here make a compelling case for what can happen when melody is allowed more than a few measures to brighten the corners.

If you missed Glaswegian post-punk outfit Current Affairs’s debut Object in 2017, now’s your chance to catch up with one of the finest groups currently making that urgent, wiry, slightly gothy sound that I love so dearly (and am also incredibly picky about). Late last year they released two singles, one in October and this one in December, both pitch-perfect. Featuring members from such smart and well-loved groups as Shopping and Anxiety, this quartet know their way around efficiency in songwriting, writing snappy tracks that rattle with energy and never drag or feel self-indulgent. (Also, they’ve got hooks.) Singer Joan’s voice is big, full of guts and soul, but she never overdoes it. Plus, though they clearly know their influences, Current Affairs very much sound like themselves. I’d send their songs to every cookie-cutter Joy Division or Wire clone in the world and say “This is how you do it!,” but I can’t stop playing the damn 7-inch.

Park Hye Jin
IF U WANT IT

Young DJ, producer, singer-songwriter, and rapper Park Hye Jin is one of the South Korean electronic underground’s rising stars. Her debut EP If U Want It came in just under the wire in mid-December, while we were publishing our end of year content, but it ended up being in frequent enough rotation for me over the holidays that I wanted to give it a little extra spotlight. These are five immaculate tech-house tracks, each with a distinct mood—the sparkling, crushed-out “ABC,” the darker and saucier “If U Want It,” the psychedelic dreamscape of “Close Eyes.” Her own vocals, delivered matter-of-factly, dip in and out of the mix rather than floating above it; her sound design is clean and elegant, but never sterile. So much of house’s quality is in its appeal to the body and emotions, in its humanity, and this is something Park ably and innately grasps that not all minimalist house producers do. While these tracks are beautiful, they’re also infectious. Incredibly excited to watch her career really take off.

Speaking about the songs on the debut album from Tallies, frontwoman Sarah Cogan returns to a few repeated themes; “Trouble” is about the impossibility of maintaining innocence; “Beat the Heart” deals with the modern world’s “lack of empathy.” Indeed, from the dying flowers on the cover to the sense of nervous foreboding in the lyric, Tallies radiates a sense of precariousness—the thin membrane between childhood and adulthood, between troubling knowledge and blissful ignorance. Capturing that transitory feeling without being overwrought or precious is a tricky skill, but Tallies pull it off. It helps that the songs on their intoxicating debut all seem wreathed in a soft halo of echo, making hard guitar lines feel blurry and distant, floating somewhere between idea and reality; Cogan’s voice often recalls a young Kristen Hersh, and has the same sense of a person transmitting dark mysteries from the beyond. There are obvious musical touchstones here—the rapid skip of “Mother” feels like early 10,000 Maniacs, the cluster of arpeggiated guitar on “Trouble” is a page from The Sundays’ playbook. But while influences are apparent, nothing here sounds nakedly derivative. The gently turbulent “Have You” pits Cogan’s slow-curling rasp against a fireworks-display of guitars, subtlety and spectacle happening all at once; “Giving Up” pairs a reggae-like bob with a glimmering latticework of chords to create a song that’s both timid and insistent. Tallies is less an album than an old book of secrets, passed down from one generation to the next when the right age has come.

Teenage Moods
Turn It Up, Tune ‘Em Out

Teenage Moods’ first release in five years is a continuation of the Minneapolis indiepop band’s unapologetically candied sound and “mean people suck” attitude shaded a bit more darkly here than on 2014’s bubbly Rosebuds, but only just. The band’s songs still feel like sunbeams (they call them “Pop Bombs” on one track here) and though they occasionally flirt with being overly twee, overall there’s a punchy and appealing straightforwardness to Turn It Up, Tune ‘Em Out that’s grounded in good songs, heartfelt, and well played. Fair warning: this might be too self-referentially sweet for some tastes, but Turn It Up, Tune ‘Em Out is a fun and cheery listen for anyone who likes their indiepop less dourly synthy than is heard in its current iteration.

Chapel of Disease
.​.​.​And As We Have Seen The Storm, We Have Embraced The Eye

The beguiling, bludgeoning third album from Germany’s Chapel of Disease encapsulates everything that made death metal such a formidable genre to begin with: namely its ear-splitting appropriation (or perversion, take your pick) of ’70s hard-rock and prog tropes, which has kept this blasphemed sound just accessible enough to appeal to outsiders. Against a backdrop of piercing screams and blast-beat artillery, Mark Knopfler’s soaring, lightning-speed arpeggios—less riffs than strummed love letters to Dire Straits—take spectacular flight again and again, rendering a hostile listening experience heroic, as well as supremely fun. Don’t miss out.