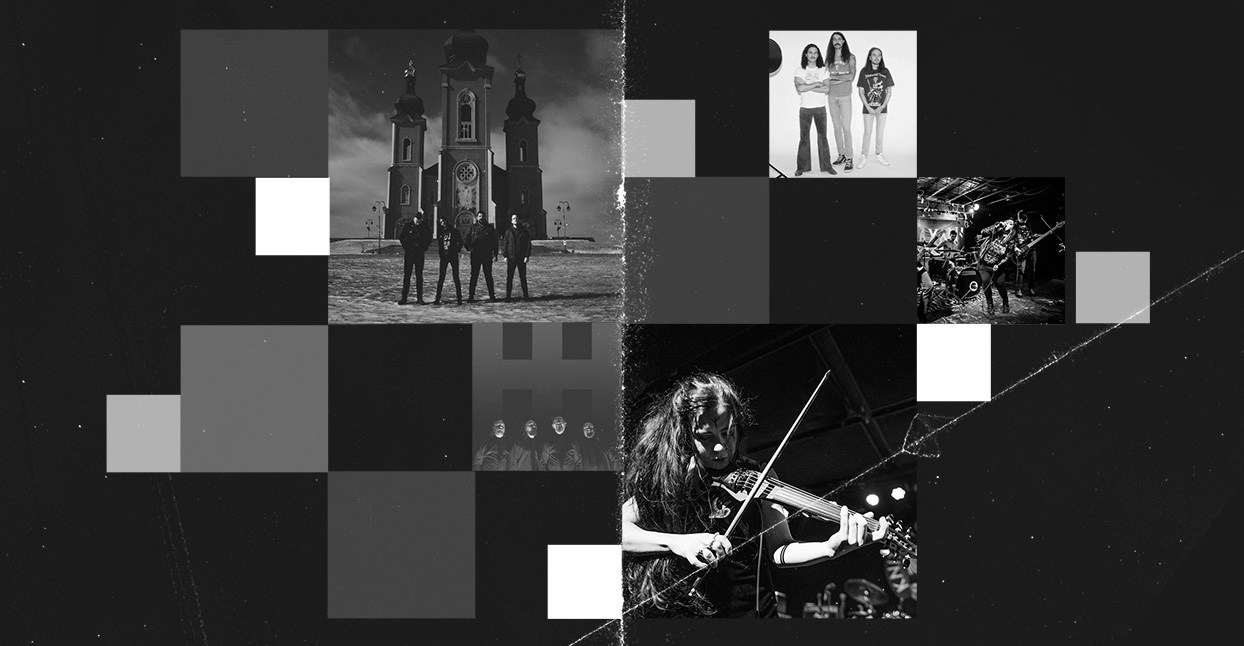 Though Toronto has always had a strong metal scene, its contributions are often overshadowed by those coming from nearby Quebec—where metal might as well be a way of life—or by its own output in other genres, especially indie rock, electronic, and hip-hop.

But Toronto has always been a beacon of heaviness for those who are paying attention. From ’80s thrash-metal acts like Sacrifice, Slaughter, and Infernäl Mäjesty, to more contemporary bands like the wickedly devilish occult rockers Blood Ceremony, and the black-metal mysteries of Thantifaxath to the playfully-poppy output of Godstopper, there’s plenty of dark, riffy goodness to be found in the 6, so long as you know where to look.

These days, the city’s metal scene feels more invigorated and vital than ever before. There have been setbacks, namely the shuttering of venues like D-Beatstro (2015-2018) and Coalition (2015-2019), which booked metal acts on the regular (and in the case of the latter, almost exclusively). Nevertheless, Toronto’s rich, enthusiastic DIY underground pushes ever onward, cranking out every sort of wretched sound under the sun: epic doom, vintage thrash, heavy psych, no-BS metalcore, gut-twisting death metal, and more. Here are eight bands leading the way.

Listening to this monstrous thrash outfit in 2019, you’d never know they started out as a synth-punk outfit. Nearly a decade on, after countless line-up changes, Cellphone swear allegiance to no specific sound, instead letting their creative impulses carry them where they may. Today this trio shred with the best of them, crafting frenzied malevolence with pure nonchalance on 2018’s Sinister Realities.

Though their lineup has been in flux, Experiment Specimen center around the core unit of Nick Radlovic (formerly of Swarmed and Esker) and Isabelle Tazbir (also of death/doom outfit Ischemic, formerly Blastomycosis, Saprophyte, Serene Molestation). Both Radlovic and Tazbir have been involved with their fair share of extreme projects in the past, making Experiment Specimen’s art an exercise in excellence. Blinding fretwork is met with frenetic percussion and Tazbir’s impressive guttural growl, all intricately woven into a fabric of fiercely punishing energy on their latest effort, The Cosmic Order.

Hammerhands started earlier in the decade as a sludgy post-metal band; by incorporating more boldly experimental influences—namely Ennio Morricone—into 2016’s Largo Forte, they pushed the boundaries of an already-progressive subgenre. This year’s Model Citizen dials down the widescreen grandeur somewhat, with tighter, immediate songwriting that rewires Hammerhands’ sound into a mean, lean, riff machine, while keeping their eccentric energy intact.

If it’s smoky, psychedelic doom you crave, look no further than Häxan. The quartet, led by vocalist Kayley Bomben, straddle the crossroads of hard rock and heavy metal to summon forth the occult and profane. For the latest evidence, look at single “Burn The Witch,” a killer collaboration with Blood Ceremony’s Alia O’Brien (who, coincidentally, just wrapped up production duties on Häxan’s upcoming record). The band match the mighty power of Bomben’s impressive pipes with their own no-frills driving groove, before they all coalesce to open up a cosmic gate of ancient ferocity, showing off their range in the process.

This instrumental doom metal trio really put the “doom” in “doomsday.” Horse Lung’s latest effort, ἔσχατον (Greek for “Lastly”), recorded with Hammerhands’ Collin Young, soundtracks the end of days with lumbering guitar, seismic bass, and quaking percussion. The record’s two sludgy, monolithic songs are preceded by “هجرة,” which is driven by bassist Tamara Rayan’s oud playing. “هجرة” means “migration” in Arabic: a concept which, across the album, tethers these end-time suites to the political present, strengthening its thematic gravity in the process. Plenty of doom bands traffic in musical mayhem, but Horse Lung are among a select few willing to examine it—plus, they kick ass.

Fans of defunct hardcore outfit Triage will be happy to hear that three-quarters of the band live on as the denizens of Real World. Formed in 2017, they’ve become a regular fixture of the city’s hardcore shows thanks to their pummelling, vaguely Slipknot-y strain of metalcore, showcased most recently on April’s punishing The Language of My Life Is Written In Blood. Uncompromisingly incendiary and undeniably infectious: What’s not to like?

It’s been a whirlwind three years for Tomb Mold, after their white-hot demo The Bottomless Perdition garnered them immediate and sustained praise. The band have been delivering on that hype ever since, releasing a new full-length yearly, with each always somehow one-upping the last. Now three albums in with Planetary Clairvoyance, they’re still oozing with great ideas that bring a sense of play to their warped and intense death metal.

On the experimental end of the doom spectrum reside Völur, who break tradition by losing the electric guitar in favor of bass, violin, and drums. Buttressed on the low-end by bassist Lucas Gadke—another Blood Ceremony member!—the orchestral instrumentation steers their songs in a folkish direction, pastoral bliss contrasted with blistering tones. With that range in mind, Völur are one of the most dynamic metal bands going, as their mammoth 2017 album, Ancestors, can attest. They’re currently readying a split with San Francisco’s Amber Asylum, featuring an outtake from the Ancestors sessions, for release this fall.