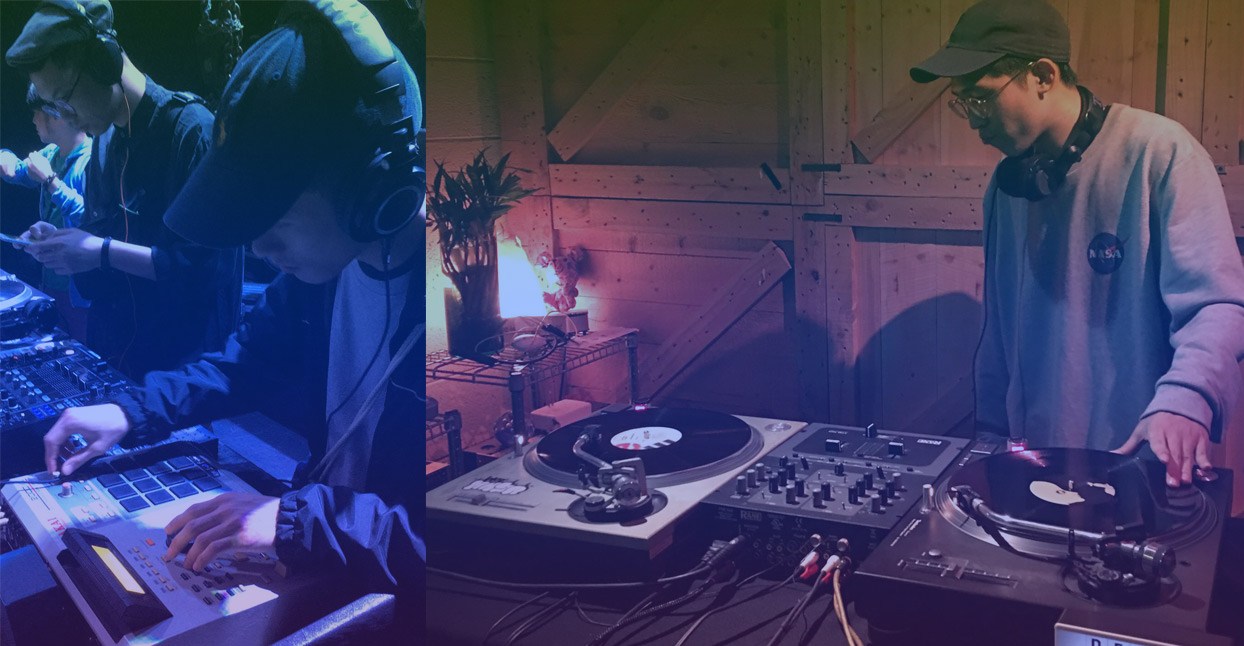 Geographically situated within the 1,900-mile stretch of water that separates China and Japan—and culturally positioned in the shadow of both nations’ more well-known music scenes—the island of Taiwan is somewhat of an anomaly in hip-hop’s international landscape. As the genre’s cultural impact expanded outward from the American bicoastal bases of New York and Los Angeles, the nascent scenes in Asia, Africa, and Europe quickly produced their own homegrown rap stars. But Taiwan’s first notable hip-hop act was actually imported from the U.S. in 1991, when a trio of Taiwanese-American teens (Jeff Huang, Stanley Huang, and their cousin Steve Lin, all born and raised in Southern California) formed L.A. Boyz.

Taiwan’s receptiveness to Western pop and R&B had been firmly established for decades, with the ‘70s and ‘80s dominated by pop singers like Betty Chung, Wang Xiang Ling, and singer/actress Tian Ya Ge Nu, who sang in both English and Mandarin. By the time L.A. Boyz were discovered by Taiwanese industry heavyweights Bing Wang and David Tao, Taiwan’s youth were ready to embrace them, with their high-energy dancing and accessible hip-hop/pop sound. In a 1993 L.A. Times feature, writer Ashley Dunn contextualized the group’s curious position within hip-hop’s (and by extension, youth culture’s) global expanse, stating, “The Boyz have become the Asian equivalent of Michael Jackson, [MC] Hammer, or New Kids on the Block by marketing themselves as equal parts streetwise L.A. and traditional Chinese.”

The L.A. Boyz—who wrote all their raps in English—possessed all the trappings of their pop-rap contemporaries: sold-out concerts, stints on game shows (complete with breakdancing), and a template that blended pop, hip-hop, R&B, and new jack swing. In taking their colorful style and radio-friendly sound to Taiwan, L.A. Boyz immediately took over their homeland.

As the years passed, Taiwan’s hip-hop scene grew primarily under the radar, save an occasional break into the mainstream. Nevertheless, its popularity among young people remained consistent; teenagers throughout the country formed student clubs (or as they’re called in the West, “after-school programs”) dedicated to street dance, rapping, and beatmaking. It was during this time that the genre’s pioneering artists began to surface, like MC HotDog, Dwagie, and the TriPoets. Weaving in borrowed elements from American acts like A Tribe Called Quest, Gang Starr, and OutKast, as well as Europeans like DJ Cam, these MCs laid the groundwork for the sound of Taiwanese hip-hop for generations to come.

Brien John, an artist and the executive editor of Taiwan Beats, a publication organized by the Taiwanese government to promote homegrown music to international markets, can’t stress the importance of those three acts enough. “MC HotDog was definitely the pioneer who entered into the mainstream rising from his underground roots,” he says. “Dwagie—a legend who has collaborated with everyone from Nas to the Dalai Lama [as well as the aforementioned MC HotDog]—is highly acclaimed for his [sociopolitical] rap style. And in terms of the flow or rhyming skills, it’s TriPoets [that] paved the way for the young generations. They were labeled ‘academic rap,’ since all three members had high educational backgrounds and were really into the exploration of rap techniques and language skills.”

Since the late ’90s, Taiwan’s hip-hop sound has progressed beyond the earlier pop-oriented experiments, towards a darker, edgier sound nodding to trap and hardcore rap. Today, hip-hop artists in Taiwan kick rhymes and release music on prominent labels such as True Color Music, KAO!INC., and Dwagie’s Kung-Fu Entertainment. Language aside, hip-hop in Taiwan strongly resembles its progenitor in the States, with the culture reshaping the nation’s art, dance, nightlife and fashion. There are larger, mainstream acts, as well as a thriving underground, with veteran MCs like Soft Lipa and Poetek dedicated to pushing golden era influences to their next logical iterations.

Raytang Lee is a DJ and the co-founder of Beats and Friends, a Taiwanese hip-hop collective that has thrown live beat events under the same name for the past two years. His initial involvement in the scene came in the early part of the decade by way of his “jazzy and mellow” blog, which focused on soulful, jazzy beats. These days, he’s one of the most prominent, tireless promoters of the kind of boom bap-inflected sound associated with Taiwan’s next generation of hip-hop heavyweights.

Utilizing contemporary production staples like the Boss SP-404 and classic tools like the Akai MPC2000XL, the Beats and Friends crew bridge sample-based instrumental beats and grimy East Coast-influenced hip-hop. Standout members of the collective include DJ Kool Klone, Conehead, Dropp, and Tarolin, whose bouncy, head-nodding drum patterns and ear for samples recall Pete Rock’s best work. Their ranks are rounded out with a stable of in-house designers, photographers, and videographers who document the posse’s releases and events. Beats and Friends artists have put their own spin on Western songs, as well; consider DJ Kool Klone’s Sidechain tapes, which feature remixes of American artists like Westside Gunn and MF Doom, or Laytonwoohbill‘s futuristic flip of Sheck Wes’s “Mo Bamba.”

With its increasing activity in both the mainstream and underground, hip-hop in Taiwan continues to grow beyond its humble and curious beginnings. Much like it has done in countries around the world, hip-hop has ignited new artistic visions for the people of Taiwan. “In Taiwanese hip-hop’s early stages, it was really mind-exploding,” John says. “The Taiwanese pop music used to be quite gentle and refined. You probably wouldn’t hear any song as colloquial, blunt, and bold as hip-hop. The way MC HotDog rapped about his anxiety of going to military service or the ridiculousness of cram school culture was never heard before.

“I think hip-hop really created a new way of making music and letting younger generations to talk [about how] they feel,” he adds. “But right now, this kind of content is very common, even in other music genres. And it’s not very often that you hear someone rap about a really deep social issue.”

By exploring new worlds of sound through sampling and beatmaking, Taiwan’s young creators have built a rich and varied hip-hop scene that stands as a proud testament to the culture’s global reach. With a cadre of veteran acts on the island country continuing to make noise alongside vibrant newcomers, it’s evident that the marriage of dope beats and rhymes will resonate in any language, anywhere around the world.