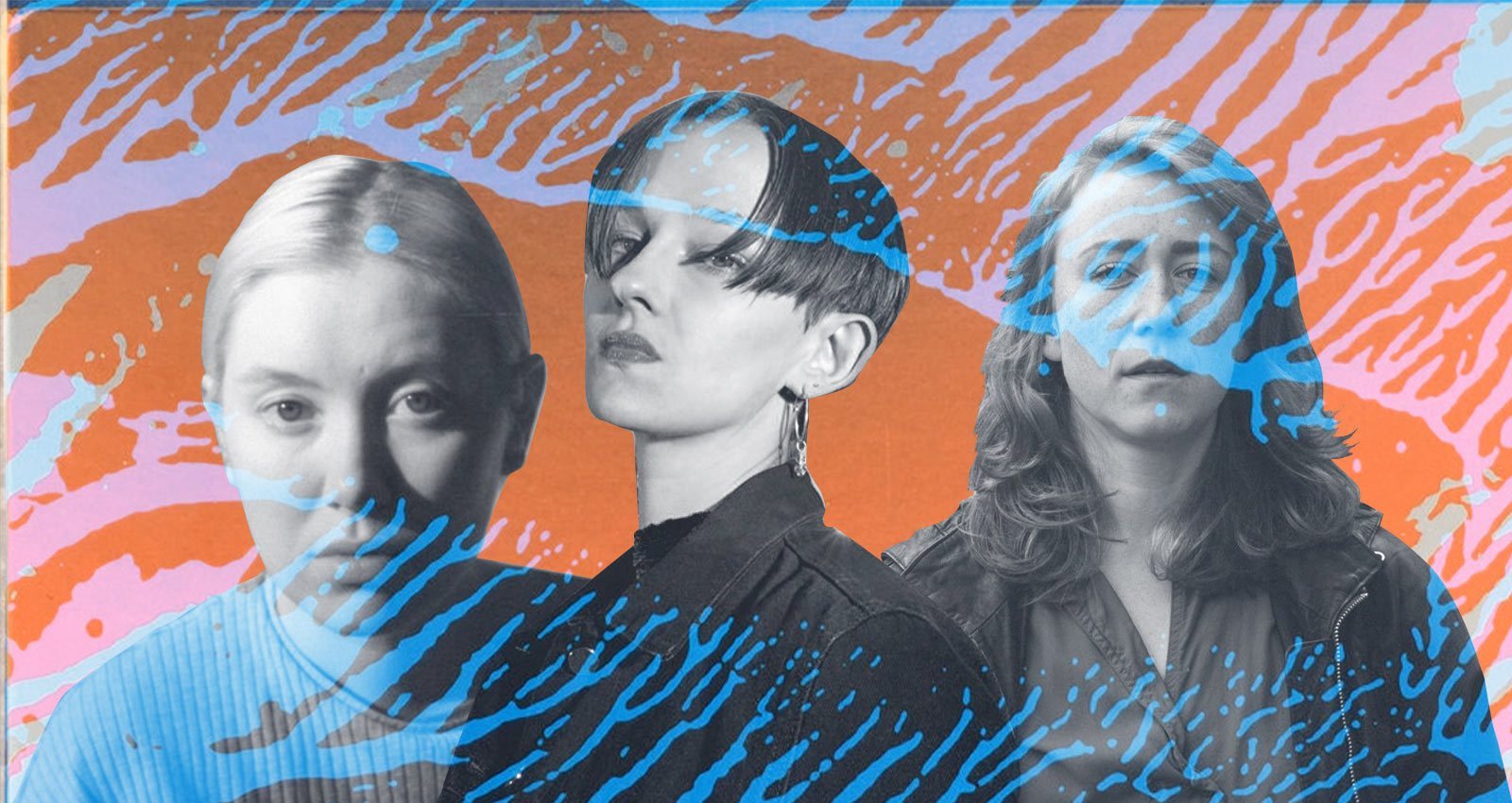 For the last several years, a series of low drones have been echoing out from Stockholm, Sweden, and captivating experimental music fans from around the world. Artists like Kali Malone, Ellen Arkbro, Caterina Barbieri, and Maria W. Horn are releasing some of the most compelling drone and electro-acoustic music around, all from the Swedish capital. The emergence of these artists isn’t coincidental. That a relatively small country can be home to so many successful experimental musicians has much to do with decades of state-funded institutions and the bonds between old avant-garde legends and the scene’s fresh faces.

It’s impossible to talk about any experimental music scene in Stockholm without mentioning the importance of state-funded art institutions and the refurbishing of old industrial spaces. Fylkingen, a state-subsidized chamber music society and performance space founded in 1933, played a crucial role in shaping the scene’s broader arc; a regional hub for avant-garde music, it went on to gain worldwide recognition in the 1960’s and ’70s, hosting all the greats: Xenakis, Morton Subotnick, Ravi Shankar, Terry Riley, Karlheinz Stockhausen, and La Monte Young, to name a few.

Maria W. Horn, composer, and co-founder of the drone label Xkatedral with Kali Malone, regards these shows as a critical launch point for the community. “In 1976, the Modern Museum in Stockholm organized the eleven days long Dream Music Festival with music from La Monte Young, Catherine Christer Hennix, and Terry Riley, among others,” said Horn. “Folke Rabe and Catherine Christer Hennix are examples of two composers that were based in Stockholm during this era, an era that in so many ways [has] been fundamental for the second wave of drone music that we are seeing now.”

One of the most radical things Fylkingen did for the scene was the simple act of opening its doors, offering studio space, classes, instruments, and a gathering place for anyone who paid the small membership fee. For Kali Malone, a drone artist originally from the States who has been residing in Sweden and briefly worked at the venue, the inclusive and long-lasting nature of Fylkingen is pivotal to Stockholm’s creative success.

“The ability to have a venue space in the community that isn’t constantly changing, I think, has created a lot of security and privilege in the community,” says Malone. “Whereas in the States, you have underground venues that are constantly being evicted or the neighborhoods getting gentrified, and they can’t afford the rent. So we see that, here, with experimental music and art having these places that are able to stay and be generational, you can actually have a written sense of history and camaraderie amongst multiple generations and a lot of education that happens.”

Next door to Fylkingen is the state-funded studio space Elektronmusikstudion (EMS), a place Swedish composer Ellen Arkbro finds particularly welcoming. It’s a place where anyone can enter and be greeted with outstretched arms and welcoming faces regardless of skill level.

“You can walk in from the street and ring the doorbell and say, ‘Hey, what are you doing here? I’m interested,’” said Arkbro. “And then you get invited immediately and just pay for the courses, and then you get to book the studios for a lifetime without paying. I mean, it’s ridiculous. You don’t have to know a bunch of things about strange music. You can just be curious, and then you’re a part of it.”

Ideologically, the Stockholm scene differs from its international counterparts because of its foundation, which is built on trust and a desire to help one another, rather than competing for global exposure. According to Malone, most of her peers don’t own microphones, monitors, or the instruments they record with; it’s all loaned out by EMS via a trust-based system. Additionally, much of the code that artists create with SuperCollider, a programming language and environment used by many drone musicians in Stockholm, is open source and available for all to use. Daniel Karlsson, a drone artist who makes most of his music algorithmically, is one of the key players in the movement.

“[Daniel] has a lot of ideological texts around the possibility of sharing code. He’s really impacted our community in this way of sharing, teaching one another, and not keeping secrets for yourself.”

The combination of free educational classes, institutions like EMS, Fylkinen, and groups such as Xkatedral and the Sthlm Drone Society—a collective of artists interested in creating long-duration drone concerts in non-traditional venue spaces like industrial warehouses, churches, and mine shafts—provides artists with fertile ground to harvest their skills and make life-long connections. To navigate the rich, wall-shaking world of Stockholm’s drone scene, Bandcamp has compiled a list of seven key releases.

Perhaps no Swedish-born musician is as influential to the modern drone scene in Stockholm than Hennix, a pivotal figure in early synth and tape music. The composer honed her skills in Sweden and began running with Fluxus composers such as Henry Flynt and La Monte Young in the ’60s and ’70s. After returning to Sweden in 1971 following a period in New York, she began composing for a large ensemble, taking inspiration from Young’s Theatre of Eternal Music recordings. The broad ensemble idea was quickly abandoned and eventually whittled down to a trio and arrived at its final form, The Deontic Miracle. Thanks to Hennix’s direction, the group’s music inspired a generation of composers. “[Hennix’s] sound is so very specific,” explains Arkbro, “it’s that low drone, these textures that arise in the very low-frequency area. When you hear it, it sounds very harsh, but then you get used to it, and it’s super beautiful. It’s been influential to me personally.”

The Deontic Miracle: Selections from 100 Models of Hegikan Roku begins with a squealing renaissance oboe that swoops around the mix like a hawk diving in for prey, as the delay, which Hennix uses to build complex chords, echoes on infinitely underneath the leading string voice. At times, the sinister instrumentation sounds like it could reasonably soundtrack a kaiju film starring Mothra or Dogora, its foundation constantly undermined by earth-shattering drones.

David Granström’s full-length debut for Xkatedral, A Distant Color, Secluded, is a dynamic, sparkling showcase in algorithmic synthesis. Like several members of the city’s drone scene, Granström specializes in meticulous music crafted from computer code, getting his desired sound by restricting the equations with rules and patterns. Initially colorful and chordal, A Distant Color moves into a full-sounding, space-themed orchestral suite that slowly grows in overall intensity. At one point, the harmonics from the icy lead synth begin to burn like a red giant star, held together by a rumbling low-end.

Horn and Malone started Xkatedral as a compilation tape label to release music by their friends who weren’t getting exposure outside of Stockholm. By recognizing the skill and artistic efforts coming out of their country, the two have built a label that, thanks to its size and scope, has matured into a fully-fledged collective.

“Me and Kali Malone started XKatedral as we both recognized there’s a lot of great music coming out of this scene, whereas just a tiny fraction being accessible to people not directly involved in the local community,” said Horn. “So there’s this archival aim of making the music accessible to people outside of Stockholm, but then there is the fun of organizing our own concert series and devise optimal situations for presenting this music. It started off every self-made: designing artwork using the xerox machine, dubbing cassettes, and inviting our friends for release concerts at Fylkingen. As we both are quite busy these days, we recently chose to expand the circle of people running the label to involve Sara Fors, Mats Erlandsson, Theodor Kentros, and Daniel M. Karlsson, friends that have been close to the label from the beginning.”

The second Xkatedral compilation, released in 2016, features Isak Edberg, Malone, Kristofer Svensson, Marta Forsberg, and Arkbro. The record acts as a primer for the works of some of the scene’s most notable drone musicians. As the first label compilation released on Bandcamp, the record is the first artifact from a group that filled a void in Swedish experimental music culture, with Kristofer Svensson’s dissonant “Ir Himinn, Grœnn,” and Isak Edberg’s “Lamé,” being particular highlights.

In 2012, shortly after moving to Sweden, Kali Malone saw a laptop ensemble comprised of Karlsson, Granström, Marcus Pal, and Mats Erlandsson playing the works of John Cage inside a geodesic dome. She’d never seen anything like it, and she immediately dove into the world of composing through SuperCollider, herself. For years, she painstakingly coded all of her music, refusing to use presets, something she now finds amusing. Her latest full-length, The Sacrificial Code, is the culmination of that work and arrangement experience but used in real-time on an organ. A slow-moving, almost religious-sounding record, it’s driven by muted, flickering chord progressions on the organ, flush with distortion and echo to draw the listener further into Malone’s hallowed soundscapes.

Ellen Arkbro
For Organ and Brass

For Organ and Brass begins with an uncomfortable sounding chord, and after a few seconds, gives us satisfaction as the tension resolves on the next chord; then, it all repeats. The ongoing rise and fall coupled with the heavily textured timbres flying off the specially chosen organ from 1624, tuba, trombone, and horn are addicting. Like the album artwork’s striking display of the impact simple colors can make, For Organ and Brass takes simple chord progressions, many of which echo blues scales, and slows them down to highlight each note and change’s impact, aided in part by Ellen Arkbro’s choice use of the organ’s meantone temperament.

Marta Forsberg
To All Frequencies I Can Not Sense for Quartet

Marta Forberg’s record To All Frequencies I Can Not Sense for Quartet is a minimalist love poem to the unheard sounds around us. Composed for electric guitar, bass, drums, trumpet, and electronics, Forberg uses the one-track album to focus on space, the vibration of sounds, and the interaction between different reverbs. To All Frequencies drones on with colorful notes and chords, making it mildly psychedelic, especially when compared to the darker works most often associated with drone music.

On Caterina Barbieri’s debut record Vertical, the Italian-born composer studies simple pulse waves and the harmonics they create when stacked on top of each other. Like the album artwork, medium-tempo pulse waves that intersect comprise most of the album. The experiments take on many forms. On “Undular,” Barbieri takes basic synth patterns and stacks them on top of each other like a double pendulum, and then builds on the piece, subtly turning into a techno track. Then, on “Linmen,” she slows the pace back down to a crawl, reducing the complex pads and patterns she’s crafted back into a similar shape like the one at the start of the record. The wave mutates yet again during the next track, “Perspectivia,” where Barbieri turns up the noise and implements audio cuts to create glitchy sounds. And so the cycle continues.