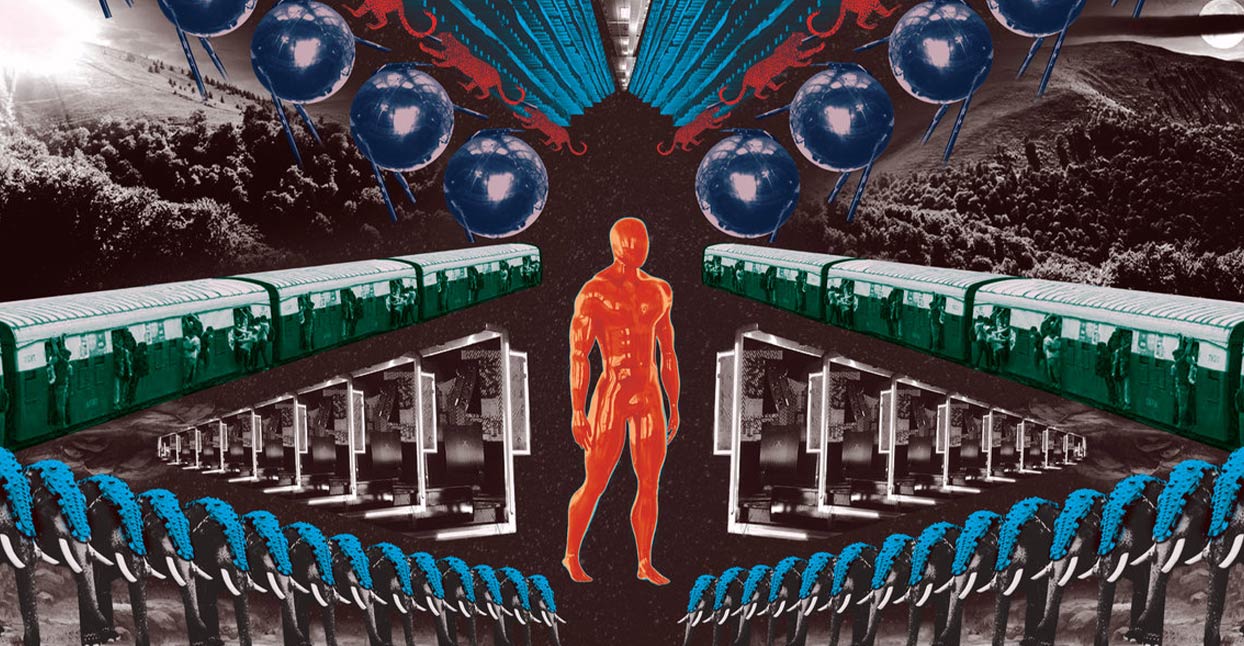 In India, the world’s second most populous nation, underground rap has reached a milestone. What started off as mimicry of American hip-hop in the early 2000s has matured into an original art form, one that’s gradually branching out into various styles and subgenres. With a firm foundation in place, the stage is set for innovation.

Right now, the dominant sound of India’s street poets is both political and emotionally charged. Production ranges from hardcore to lo-fi, but the lyrical content is always socially conscious. Verses discuss life in slums, police brutality, women’s rights, corruption, and state-led oppression—topics that are a reality for most Indians, but remain grossly underrepresented in the country’s mainstream entertainment. Sometimes called gully rap—”gully” is Hindi for street or hood—this socio-political approach to hip-hop emphasizes the honest representation of local communities. True to that spirit, artists often rap in their native tongue, which can range from Hindi to Punjabi to Tamil—India is home to over 20 languages and hundreds of dialects, each of which offer different cadences and flow.

For mainstream audiences, that moment arrived in 2015, with the release of “Mere Gully Mein,” a breakout anthem by Mumbai-based MCs Naezy and Divine that put underground rap in the national spotlight. Produced by Sez On The Beat, an in-demand producer who’s scored dozens of hits, the track (the title of which roughly means “In My Lane”) proudly portrays residents of the city’s shantytowns; it quickly went viral. It soon captured the attention of the Bollywood director Zoya Akhtar, who adapted Naezy and Divine’s story into a big-budget film about Mumbai’s rap community called Gully Boy.

Gully rap’s multilingualism and relatable lyrics has resulted in an audience in India that extends beyond just loyal fans. Where electronic music is largely the music of the urban upper middle class, gully rap boasts listeners across social strata. By giving a voice to the everyday citizen and representing their daily troubles, it’s slowly planting the seeds for a more inclusive music culture.

Gully rap aside, more experimental hip-hop artists are also making waves. Since 2015, Bangalore’s Consolidate Records has cultivated ambient soundscapes in the L.A beat tradition, as well as providing an outlet for future R&B artists. More recently, a younger generation of Indians have emerged with abstract compositions that range from jazz to industrial—one of them is Azadi Records’ Rak, whose sinister Tamil bars bring to mind Danny Brown-esque horrorcore. These newcomers are gradually forming a splinter faction of Indian hip-hop, one that’s characterized by nonlinear structures and texture-heavy melodies, with lyrics that go beyond the standard tropes of battle and gangsta rap. Artists in this category lean more towards conceptual releases and dreamy lyrics that invoke parallel realities. Compared to gully rap’s head-boppers, the sound remains niche; but its presence is crucial to the genre’s progression, paving the way for more stylistic variation.

In a country where scores of regional traditions hinder the creation of a common identity, hip-hop is a rare medium that offers a pan-Indian outlook. From stream-of-consciousness poetry to heavy-hitting sermons, the following names represent the best Indian hip-hop available on Bandcamp.

Rapping in Hindi and Haryanvi, a dialect widely spoken in the northern state of Haryana, the duo known as Seedhe Maut (“Killed It”) delivers knife-sharp, combative rhymes that tackle social issues. “Shaktimaan,” from their debut album, is an ode to working-class struggles. The track, named for a ‘90s TV show about a superhero with spiritual powers, reminds employees in the corporate grind to transcend their daily struggles.

According to the album notes, the debut release from Chennai-based rapper/producer Siva Baskaran tells the story of a “God-like being from the future traveling back in time to unearth the roots of his conditioning.” The 29-year-old takes a multidisciplinary approach to lyric writing, drawing from philosophy, sci-fi, mysticism, and comic books to produce a rhythmic fluidity that bears similarities to Sun Ra’s cosmic jazz.

A longstanding champion of the underground, Delhi’s Prabh Deep presents a no-holds-barred view of society in his tightly-packed rhymes. His 2017 Class-Sikh album turned heads for its use of Punjabi folk elements, as well as its journalistic-style narrative of life in the Indian capital.

Mumbai rapper Naved Shaikh has been at the forefront of gully rap’s meteoric rise since 2014. In a steady stream of singles, the 26-year-old delivers tongue-in-cheek verses in which he shares his life story, discusses life in Indian slums, and details the Indian hip-hop movement, all set to Sez On The Beat’s rolling basslines.

Production and DJ outfit MadStarBase are Neal Sekhri and Anant Ahuja. They’re best known for their “Mollywood” series, in which classic Bollywood tracks are re-edited and transformed into bouncy, beat-centric club hits that can easily compete with any Timbaland joint.

A pioneering female MC in India, Kaur channels Bahamadia’s conversational flow in her no-nonsense rhymes, taking on misogyny and gender stereotypes. Her 2014 debut album, on which she worked with Kazi of the California collective Lootpack, is a narrative of her experience as an independent married woman.

Hyderabad-based Raj Verma is a beatboxer and producer who uses a loop station to merge his vocal percussion with keys, synth, and bass. The result is a seamless mix of jazz, soul, and boom-bap. His latest release, Steppin Stoned, is more footwork-inspired, with skittish 160BPM currents and broken beat.

This multi-instrumentalist is best known for his jazz take on Indian classical music, but on his latest album, More Arriving, he teams up with various Indian rappers to explore a grittier vibe. Featuring MC Mawali of the Swadesi crew, Prabh Deep, Delhi Sultanate, and various spoken word artists, it’s a reflection of the Indian diaspora experience in Britain.