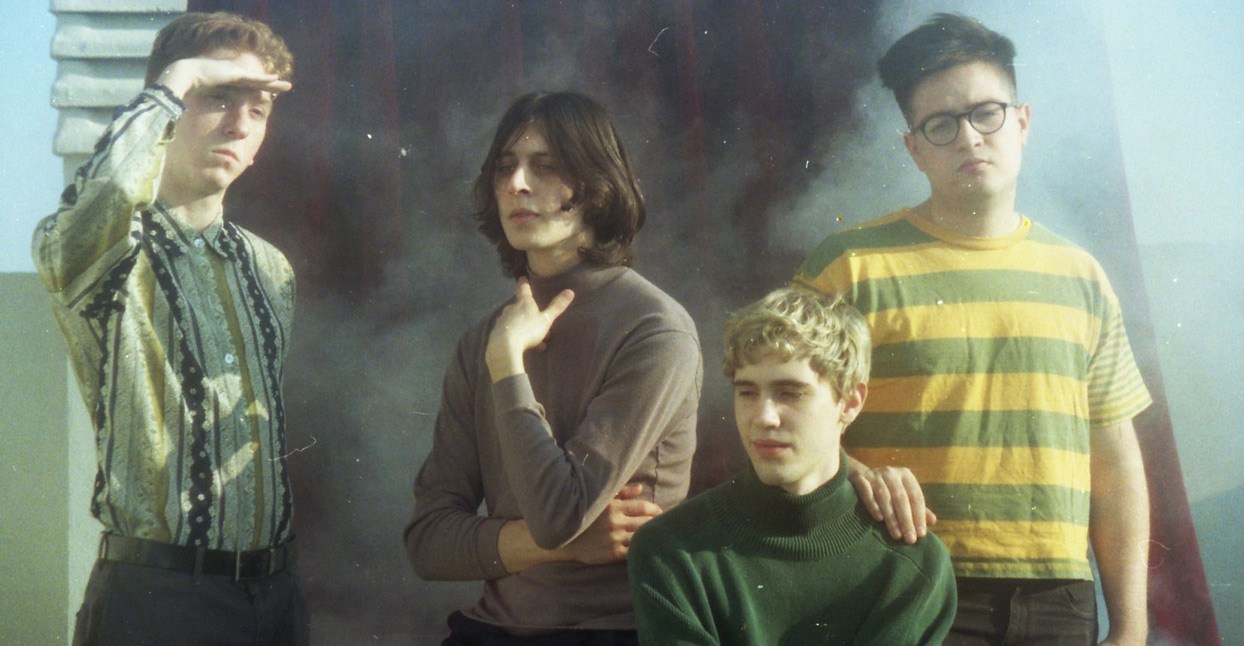 Music in Argentina has come a long way since the 1970s. From 1976 to 1983, the country was controlled by a military dictatorship, a period of United States-backed state terrorism referred to as the Guerra Sucia, or “Dirty War.” An estimated 10,000 to 30,000 people were “disappeared” by the government during this time—abducted and murdered for expressing views deemed too radical or too anti-government. That censorship extended to the arts; the government seized control of the media, attempting to blacklist or intimidate anyone making work they disagreed with.

Though it may have temporarily muffled their voices, the generation of artists who lived through the hardships of the dictatorship—artists like Charly García, Luis Alberto Spinetta, and Leon Gieco—helped lay the groundwork for an active musical underground in Argentina, popularizing a style of music known as “Rock Nacional” that began in the ‘60s with classic rockers Los Gatos. These days, the Buenos Aires music scene leans more toward the synth-heavy sound of the ‘80s; show up at the city’s Espacio Cultural Mi Casa on a weekend and you’ll encounter a tableau similar to any U.S. basement show or indie venue: beanie-wearing scenesters smoking cigarettes by the door, audience members clutching point-and-shoot cameras and cheap Quilmes beers.

“Around 2014-2016, there was a phase change in the DIY music scene,” says Bruno Gross, guitarist in local mainstays La Otra Cara de la Nada. “Up until then, most of the songs were more guitar-driven and raw—now, it’s like classic indie. We’re much more synth- and production-driven.” Gross attributes this shift partially to what he calls “La Plata indie,” a generation of DIY bands like Él Mató a Un Policía Motorizado and Las Ligas Menores that emerged in the Buenos Aires-adjacent city La Plata in the late 2000s. Inspired by the cleanly produced indie sound of those bands, the local scene began to grow exponentially, galvanizing new bands to pick up where La Plata indie left off.

Though Francisco Villa’s current releases are all under his given name, the singer often performs under the alias “Panchito Villa,” a nod to the Mexican Revolutionary whose moniker he shares. “My sound is intimate, but with pop projection,” says Villa. “It doesn’t pretend to be burdened. It is carefree because it wants the listener to enjoy it. But at the same time, it contains a certain melancholy.” This emotional combination is evident on one of Villa’s debut tracks, “Hoy Te Vi”—though the prominent bright, simple synths set a cheery tone, there’s a bittersweet longing in the chorus. “Maybe I want you to leave with him,” sings Villa in Spanish. “Maybe I’m dying that you leave with him.”

Bandmates Bruno Gross, Ariel Duce, Germán Vásquez, and Nicolas Peña grew up together in Argentina’s northern province of Misiones, but their spacious, harmony-heavy 2016 LP Sobre Premios y Tormentas propelled them to popularity in their current homebase of Buenos Aires. After experiencing some lineup changes, the now-foursome released a single in August 2018. “Nada Que Ver” maintains the band’s characteristic sleek production while adding layers of energetic, intertwining bass, and synths.

“It’s not a reality show, nobody is worried about you,” Mora Palvi repeats in Spanish on “Falkor,” a song named after the flying dog-dragon in ‘80s cult classic The NeverEnding Story. The La Plata-based band characterize their sound as “psychedelic and minimalist garage rock,” maintaining the genre’s tight instrumental cohesion without taking themselves too seriously. Mora y los Metegoles’ lyrics are full of youthful irreverence, and their songs, topped with lazy, beachy guitar lines, conjure the sluggish heat of late summer.

Since she released her first album, Uturnis, in 2015, Tani’s self-described “naïve and honest pop” has grown from lo-fi bedroom recordings to clean, keyboard-heavy melodies reminiscent of Begin to Hope-era Regina Spektor. The singer released her most recent LP, Mew, in November 2018, a simple, diaristic self-portrait with English-language lyrics that mirror the uncomplicated infatuation of a high school crush. “You’re not the love of my life,” she sings, “but you’re close.”

“Gativideo is a band found on a Luis Miguel VHS from the year 1978,” reads the band’s Facebook bio—and it’s almost believable. The project of Renzo Montalbano, Ignacio Fishman, Juan Pablo Fenu, and Nacho Morelli, Gativideo combine rubbery funk basslines with retro-pop guitar for a sound that is both goofy and seriously danceable. It’s also borderline cinematic; their 2018 release, Colorama, feels more like the soundtrack to a detective B-movie set in a roller disco than something you’d hear at a basement show—but you won’t catch audience members complaining.

The first two albums Lucas Difonzo released under the name Fonso are collections of covers and remixes. Since then, he’s switched over to original material, but he still retains some the collaging sensibilities of his earlier work. Though his recent releases favor blues-influenced rock, Fonso’s songs incorporate a range of genres, and even languages—his most recent album, Anmeldung, is named after the compulsory registration required when emigrating to Germany, and features songs in both English and Spanish.

Yolanda Discos began five years ago when three friends organized a small a festival showcasing local acts. It has since expanded to become a flourishing independent label. Along with releasing and promoting their artists’ albums, the label has released two decade-focused compilations—Días de Adolescencia, featuring covers of songs by Argentinian artists of the ‘60s and ‘70s, and its follow-up Noches de Rouge, dedicated to the ‘80s and ‘90s.