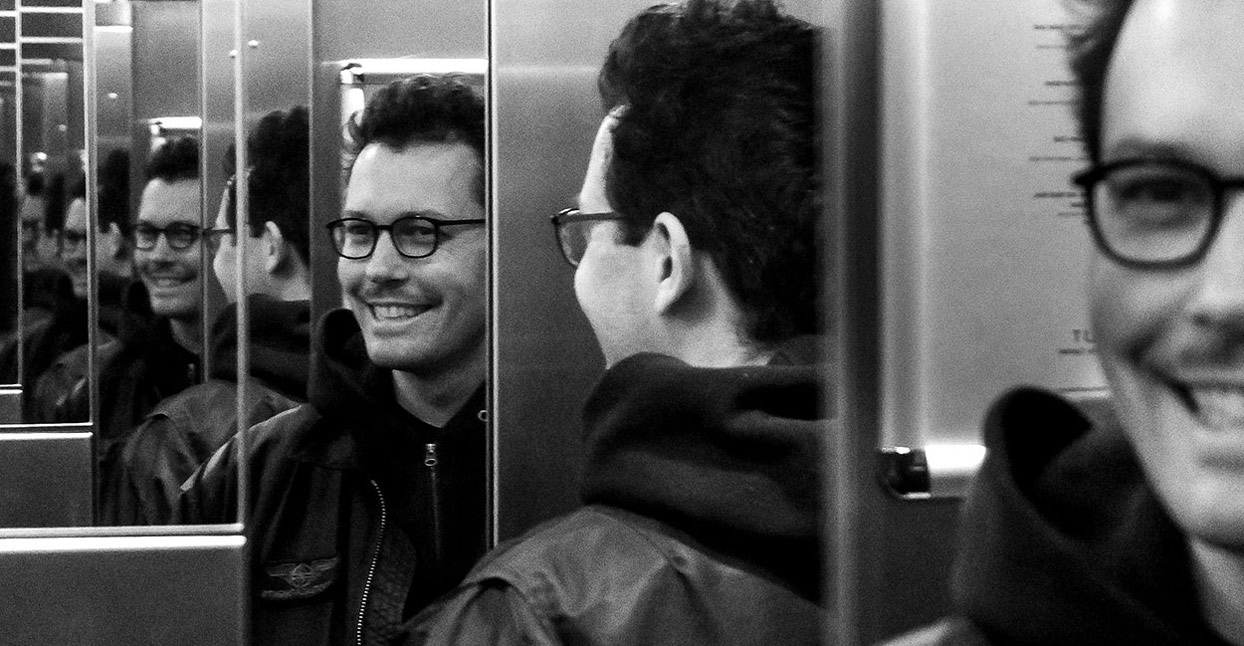 “Last night I had a dream,” says Antwerp producer and restaurateur Roman Hiele, squinting into the February sun. “We were all playing hide and seek. All the people that make music in Antwerp were trying to hide from each other.” We’re sitting in the square in front of Table Dance, the fine-dining snack bar and music venue Hiele runs with his partner Michelle Woods. The plaza used to be the center of Antwerp’s now gentrified red-light district, and Table Dance has become a focal point for the scene. “It can feel like Groundhog Day,” says fellow producer Milan W. “In the last two months, I have been to this club, Forbidden City, every Friday.” “At this point, I don’t even say goodbye anymore, because I run into everyone 12 hours later,” adds Hiele. “That’s probably why I had that dream!”

Now both in their late 20s, Milan and Hiele have known each other since they attended the same arts high school, entering Antwerp’s prestigious music conservatorium at the same time. They dropped out together after realizing that neither of them wanted to become Belgium’s next big jazz artist. Instead, they carved out their own musical paths: Hiele is an electronic producer with a knack for vast melodics and rhythmical shifts; Milan is a multi-instrumentalist in various bands, and, eventually became a solo producer. Envelope, Milan’s sophomore album, came out in 2018 on Ekster, a label co-headed by Hiele.

If self-deprecating humor and surrealist vibes are your thing, Antwerp is brimming with it. In the hour since I arrived, we’ve had to repeatedly move our table, Marx Brothers-style, according to the movement of the sun. On the plaza, elderly tourists mix with attendees of the annual Leather & Fetish Pride festival happening around the corner. Hiele’s attempt to debunk the notion that his hometown is inherently weird gets interrupted, mid-sentence, by a cuckoo clock on the Table Dance wall. Time to relocate.

At Witzli-Poetzli, a nearby pub where generations of Antwerp’s artists mingle over strong beer and red wine, we run into Dennis Tyfus. The visual artist, musician, and founder of the Ultra Eczema label is, by all accounts, a guiding spirit for Antwerp’s music-minded eccentrics. He enters with Cameron Jamie, a Paris-based American expat who plays with Tyfus in the trio Cannibal. Tyfus has just finished recording his weekly radio show at Radio Centraal. Birthed in Antwerp’s squatting scene in 1980, Radio Centraal played a crucial role in Tyfus’s understanding of cultural production. “When I was 14 years old, I got obsessed with this station. They got me in touch with music that I never imagined existed—tape labels, punk, industrial, noise. It created a general atmosphere that welcomed enthusiastic people. Art came much later for me.” Besides his own artistic ambitions and Ultra Eczema, Tyfus co-ran Stadslimiet, an infamous cellar bar that was later reopened by Roman, Milan W., and U.K. expat Allon Kaye as a short-lived but beloved bar called Trap.

“Everywhere in the world I’ve been to do music, people know Dennis,” says keyboardist and long-time Ultra Eczema artist Mia Prce (also known as Miaux). “Whether I was in Australia or at a festival in Copenhagen, people say, ‘You know Dennis,’ and start hugging you. His international network is crazy!”

With three renowned academies for art, music, and fashion, and an expat scene including the likes of Spencer Clark, Allon Kaye of the Entr’acte label, and James Ferraro, Antwerp enjoys a constant flux of new energy. The music of this diverse group of intergenerational artists take cues from a broad palette of jazz, exotica, post-punk, and experimental electronics. Antwerp’s musical artists are connected by more than by genre or training—they are connected by a sensibility that makes use of high-brow concepts and technical virtuosity, but is filtered through a strong, anti-pretentious DIY ethos. “Politically, the city is right-wing conservative, but culturally it’s always been very left-wing and open,” says composer Lieven Martens (formerly known as Dolphins Into The Future). “We’re all quite serious, you know. But if the seriousness is deep inside the work, you can adorn it with a lot of humor. This surrealist element will always be present in our Flemish culture… just as it is in our culture to complain quite a lot.”

Roman Hiele has been searching for the sweet spot between spacious melodies and intricate rhythms since 2013. Following a brief stint studying upright bass, the son of Danny Hiele (a cinematographer who has shot videos for Kendrick Lamar, Nicki Minaj, Flying Lotus, and, of course, his son), fully devoted himself to the possibilities of analog gear and machine funk. His live show is considered one of the best in contemporary electronic music. With Ekster and Table Dance, he is responsible for two important hubs of the Antwerp scene.

Milan Warmoeskerken does not want you to call his music “ambient”—he simply has to dial it down for the sake of his neighbors when recording his music at home. The results are kaleidoscopic sketches of electronic music, matched with a deep musical knowledge which he has honed over many years playing in bands ranging from jazz to surf punk. His debut album Intact came out on JJ Funhouse in 2016, followed by Envelope on Ekster in 2018.

Ekster is an electronic music label run by Hiele and art director Victor Robyn. In addition to being a platform for many of Antwerp’s core players, Ekster has released out-of-town artists such as Liége’s Ssaliva and U.K. electro-icon DMX Krew. Stylistically, the label encapsulates the whole range of the Antwerp scene, from ambient compilations, to beat-driven electronics, and twisted contemporary classical.

Guitarist and composer Elko B. graduated from the conservatorium in Antwerp with a degree in guitar, but didn’t release music under his own name until Ekster co-founder Victor Robyn talked him into contributing a solo piece for their label compilation, EXO2. Elko’s faux-Italian, faux-exotica solo record “I Bambini di Basilisco” for Ekster is a mesmerizing affair between video game aesthetics, guitar acrobatics, and muzak.

The patron saint of Antwerp surrealism, Tyfus is a visual artist with a weekly show on historically anarchic Radio Centraal. He founded the Ultra Eczema label as a platform for adventurous music by an international roster of friends such as Wolf Eyes, Oren Ambarchi, Miaux, Body/Head, and Bill Orcutt. As a musician, he has played in bands like the concept punk band The Verboden Boys alongside Milan W., and the still active trio Cannibal with Cameron Jamie and Cary Loren.

The daughter of two visual artists from Sarajevo, Mia Prce has recorded emotive keyboard and piano pieces since 2011. Her three-track demo fell into the hands of Dennis Tyfus, who not only released it on Ultra Eczema, but also encouraged her first solo performances. Miaux has toured internationally and put out two albums as well as numerous one-offs and singles on labels like Ultra Eczema and Lieven Martens’s Taped Sounds. “There’s a great connectivity between different musicians here, DIY or classically-trained,” she says. “Everyone finds each other in Antwerp. It’s predictable, but also super nice.”

At the time of our interview, Lieven Martens has just returned from Ghana. Recording sounds abroad has been a crucial element of Martens’s music since he first appeared on the international tape scene with his New Age-tinged project Dolphins Into the Future.