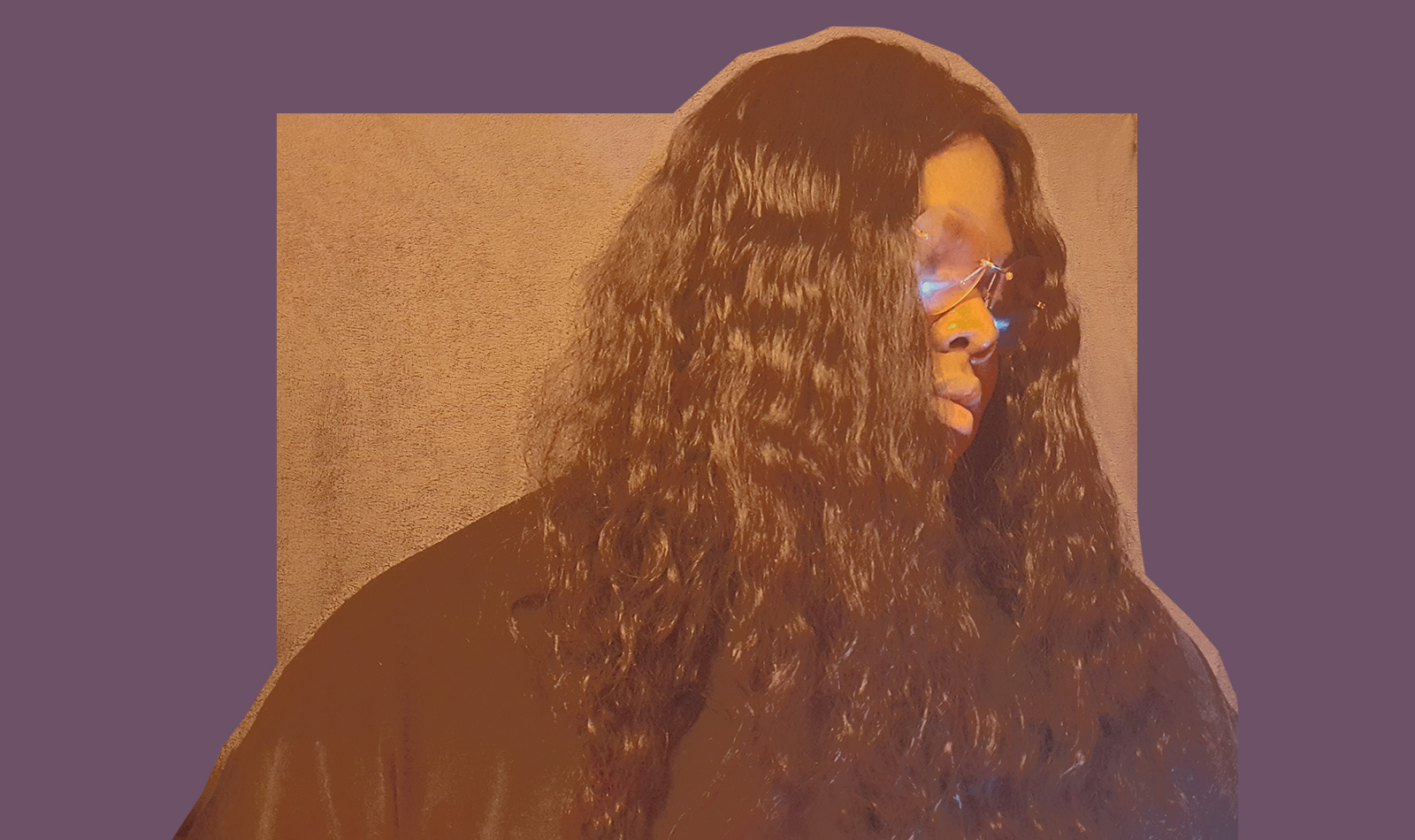 The advent of rave music in the late ’90s—from house and techno to trance and jungle—had an indelible impact on another burgeoning medium in that era: video games. Video game composers appropriated the fast-paced breakbeats and futuristic synth stabs for gritty racing games in particular, but platformers featuring cartoon monkeys and bumblebees also rode the dance music wave. And it was the trance anthems in Midnight Club II that first inspired Chicago-based producer Raven Mazique (aka Zvrra, pronounced “zuh-varra”) to download FL Studio and try her hand at production 18 years ago. Since then, she’s been slowly perfecting her craft, amassing a discography that runs the gamut from swingy juke and 2-step to icy techno and ambient.

Mazique’s interest in unlocking the capabilities of technology started from a young age. “I remember my grandma saying that when I was like four, I was hooking up a computer or learning how to hook one up,” says Mazique. Now, she’s creating swirling, atmospheric worlds in the form of techno tracks that have caught the attention of DJs like Shifted and Umfang. Sometimes, her composing process parallels video game development, her other artistic medium of choice. “I’ll think of a game that doesn’t exist or something. And then the music will kind of just set in from the visual I create. So like, if I’m thinking about, um, let’s say like a dark cave, let me compose or produce based on what I hear [in my head].” When it comes to drawing influence from existing games and composers, she cites many: Silent Hill’s Akira Yamaoka, Kingdom Under Fire: A War of Heroes composer Charles B.R. Mitchell, Deadly Arts’s Kazuhiko Uehara.

While both music production and game development are mostly solitary activities, Mazique is a member of EAT DIS, a Chicago-based netlabel carving their own path in electronic music that is specifically a space for nonbinary and trans producers to push the boundaries of sound. Other members include DJ Girl, Twofold, and Alptrack.

Though she’s certainly influenced by video game composers, make no mistake: Zvrra makes music fit for everything from Berlin warehouse raves to Chicago footwork battles. Here’s a sampler of her discography.

“I actually made [the title track] about 10 years ago, at a time when I felt like I didn’t know how to mix my techno music… So I just let it sit on the computer for years,” says Mazique. But 10 years later, having taught herself via YouTube tutorials, she finished the track, and added three others to create a hypnotic techno EP. There’s a narrative here, too; according to her, Flow State is about a professional gamer. “Flow state” refers to the psychological phenomenon of deep, absorptive focus that gamers enter during competition. There’s a peak during the soaring synth swells on “The Gift of Dexterity,” which takes a turn for the darker in “The Curse of Dexterity.” The final track is a little autobiographical; Mazique is herself a skilled gamer, currently ranked number four in the global leaderboards for a rhythm game called Thumper. “‘The Curse of Dexterity’ is actually about me having problems with my hands from the game, basically,” she says.

Being from Chicago, it’s not surprising that Mazique has dabbled in juke, and her Snapped series adeptly combines her wintry, atmospheric tendencies with the genre’s shuffling 808 rhythms. “I’ve always been into footwork from a young age,” she remembers. To hear her tell it, she even made a juke track with a friend for their mom’s birthday called “Happy Birthday Mama” when she was 12. “When I was in Madison, Wisconsin, I had an old friend there that was a legend in the footwork scene who used to show me how to do it. I saw what type of sounds they were using, and they would show me stuff too,” she says. “I just have always been around it.”

On Growth, Mazique’s production dips into the industrial. Adding ominous reverb and sprinkling layers of distortion throughout, Growth is a pulsating mass of noisy techno. On many of these tracks, she eschews the typical four-on-the-floor for more varied kick patterns: “Cobalt” is as unnerving as it is mesmerizing, while “Devotion” features ceremonial chants in syncopation with a sparse beat.

For fans of dark ambient, Heightened Atmos strips away the drums, leaving only dissonant drone and simmering textures. “Palace of Dark Rituals” bubbles like a witch’s cauldron, while “Space Travelers Fate” evokes the primal fear of the endless void.

Inspired by The Legend of Zelda series, each track on Temple is an homage to one of the dungeons in Ocarina of Time. Like the namesake digital locales, the album has a mystical atmosphere, which Mazique establishes with both instrumentation and texture. Synthesized sitar weaves through a ritualistic, booming kick pattern in “Fire Temple,” while “Water Temple” offers a fluid rhythm that trades kicks for a dreamy harp loop.

Her newest project on Whited Sepulchre Records, Array of Light is the first Zvrra album on vinyl. Distilling her diverse musical influences into a five-track techno record, Mazique sculpts minute details around a booming four-on-the-floor beat. “Array of Light 01” juxtaposes ethereal flute synths with an omnipresent crackle, creating a crystalline sonic palette that matches the ice caves on the record’s cover.

With 25 releases on Bandcamp and counting, Mazique’s only getting started. As she says: “I can’t imagine stopping, there’s too much music that just pops into my mind. If I stop now, I’m just gonna be having all this music in my head.”