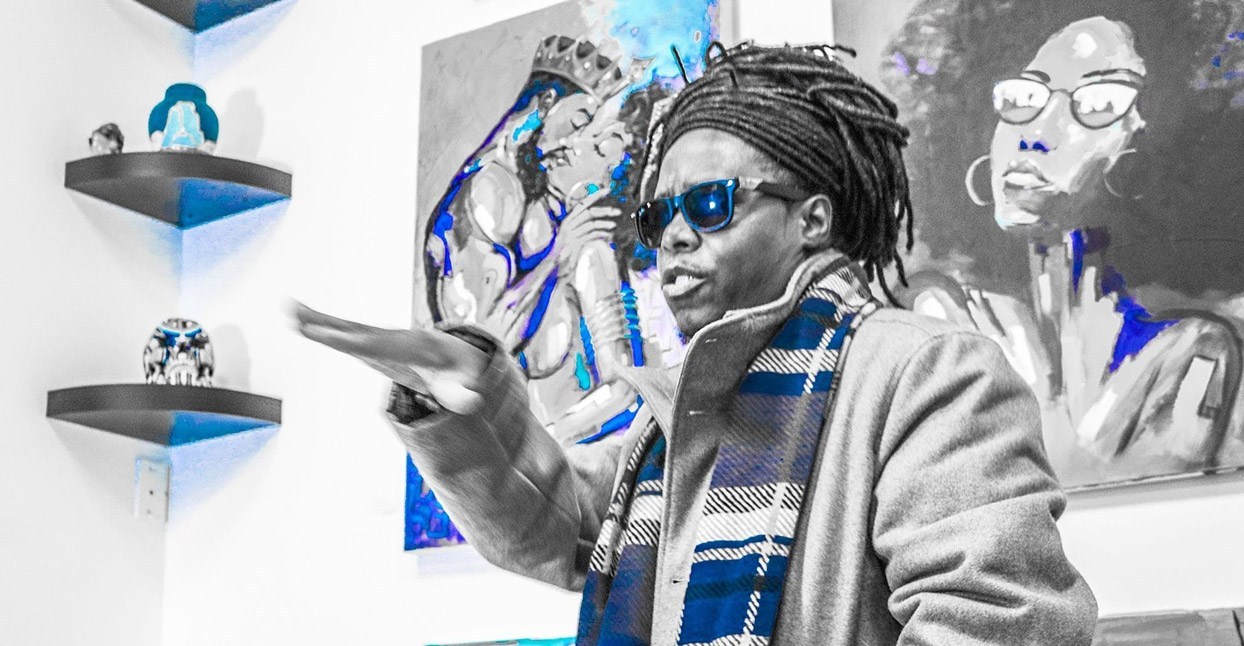 With the recent four-part documentary Wu-Tang Clan: Of Mics and Men, as well as an accompanying EP of new songs, Staten Island’s favorite sons have returned to lay claim to a legacy that stretches back nearly 30 years. But for some faithful acolytes, the group never really left. For these rappers, Wu-Tang Clan is almost a religion—the Wu’s deft marriage of martial arts flicks, Five-Percent Nation knowledge, and tales from the street made such a deep impression, they’ve taken it upon themselves to keep the group’s sound alive.

These Wu disciples, who hail from all over the country, are especially unabashed where their fealty to the Wu’s sonic blueprint is concerned; in fact, several of them proudly refer to themselves as “Wu babies.” Some of them have names that sound like they came straight out of the Wu-Tang Name Generator, like Supreme Cerebral and Shadow Magnetic. Lyricists like O The Great and P.U.R.E. load their rhymes with “Wu-Tang slang,” while others, like, Eloh Kush show their devotion in their Wu-inspired production techniques. There’s even a subsection of RZA beatmakers who pump out instrumental hip-hop with loops lifted from Shaw Brothers and Sonny Chiba films—just like Bobby Digital himself used to do. Below are just a few of these modern-day devotees of the Wu-Tang sound.

This student of the Wu-Tang school of MCing hails from Suffolk, Virginia, and is the only artist in this list who has had the honor of recording alongside a Wu member. And not just any Wu member, either—the quick-witted MC linked up with the almighty Raekwon himself on “M&N,” a cut off the latter’s 2017 release The Wild. He also managed to snag a verse from Inspectah Deck for his upcoming album, fittingly entitled Wrath of the Wu-Baby. (To wit, P.U.R.E.’s name is an acronym for “Providing U Real Experience,” a nod to the Wu’s own “Witty Unpredictable Talent And Natural Game.”)

P.U.R.E. is an avowed fan of the W’s first two albums. “Having the ambition to learn and being a seeker of knowledge, the Wu’s early work gave me a lot of life lessons and jewels that I apply to this day,” he says. That quest for higher knowledge can be heard throughout his work. The hook for “Burn Something” samples Raekwon, and has rhyme schemes that recall U-God: “Good gracious, Lord hath / They ask me why I’m so vicious, I tell them, Allah’s wrath / Keep it a stack, you love it when you hear the God spazz / Buck out rituals performed in a forum for more cash / Let The Spade get ya palette wet / Don’t let the desert eagle fly, get your goggin pecked / See I’m the type of killer you can never bargain with / Either you do what your told or some preachers get involved in this.” With bars like that, he is a worthy successor indeed.

Prior to his rise an MC, Supreme Cerebral was a talented college football player with dreams of an NFL contract. But after an injury put an end to his pigskin aspirations, he decided to pursue music. The New York-born, Cali-raised artist has adopted both Ghostface’s cadence and his fondness for abstract imagery, as well as the poetic license of Raekwon—which makes sense; when asked what Wu album impacted him most, he states, “It’s a toss-up between Supreme Clientele and Only Built 4 Cuban Linx.” His track with Ralphiie Reese and Eloh Kush titled “All” is the perfect showcase for that reverence. When Cerebral spits, “Venomous dialect / The Wallys is violet / Acquired the flyest / Suede Bali the side shit / Battle designers / Paid thousands of dollars / Rambling nonsense / Now they channel our concepts / Conscious context,” he both shows respect to the Wu in his freewheeling imagery, and knowledge of their tropes with his reference to Wallabees. He even closes the verse by claiming the trio are the “Wu revision.”

Eloh Kush grew up in a hip-hop family. His older brothers John Robinson (aka Lil Sci) and ID4Windz made up two-thirds of the late 1990s rap trio Scienz of Life. The group’s involvement in Dr. Malachi “Dwight” York’s Nuwaubian Nation—a religious group incorporating Islam, Kemetism, Judaism, and Native American belief systems—clearly rubbed off on the MC; his songs reference teachings from the ancient Egyptians and Hebrews, amont other esoteric topics. As he puts it, “I was taught to seek knowledge from the cradle to the grave, so I travel through many schools of thought.”

The New Brunswick, New Jersey MC—or “versifier,” as he likes to call himself—started out rapping in a crew known as Angelz Inc. more than a decade ago, but he’s mainly focused on solo material for the last few years. Kush is on the verge of dropping a collaborative project with the Supreme Cerebral titled Clarks Connoisseurs, referring to the footwear Raekwon and Ghostface popularized on Only Built 4 Cuban Linx. It’s an homage to Wu-Tang’s dynamic duo by some of the sharpest swordsmen in the game today.

Compared to most of the artists in this list, Magnetic is what the Wu would call an “elder god.” The Port Chester, New York rapper cut his teeth in the group Black Thornz nearly 20 years ago. In 2016, he linked up with mic murderers O The Great and Alpha_Betic to form Alpha Magneto, a group whose music reflects the synergy and creativity of Only Built 4 Cuban Linx-era Raekwon, Ghostface, and Cappadonna. As a producer and wordsmith, his work is instilled with that distinct Shaolin flavor. Whether he’s dropping knowledge derived from the Nation of Gods and Earths, or using RZA’s innovative sampling techniques, the influence is clear.

O is another Port Chester native who soaked up so much game from Wu-Tang that when you hear one of his cuts, it might take a moment to realize it isn’t some lost Wu B-side from the ‘90s. In his rhymes, this warrior poet exhibits the expert word combinations of Inspectah Deck, the extravagant swagger of Raekwon, and the raw intelligence of GZA.

He cites Supreme Clientele as his favorite Wu LP, recalling the memory of the day he picked up Ghostdini’s sophomore album. “I remember going to the Tower Records store that used to be on 14th Street in Manhattan for the Supreme Clientele signing the same day the album came out,” he says. “I was prolly like 15 [years old]. They was playing the album while he was signing merch, and I was in awe of the production and the wordplay.” It’s clear the experience was formative; his measured flow and vocal inflection borrow heavily from Ghost’s repertoire. One listen to his single “Champion Degree” should be enough to convince any Wu fan that he is fit to carry the torch for the Nine Brothers.

While Sai fits in comfortably alongside the other artists in this list because of how obviously his compositions are inspired by WTC, he also stands out in a number of ways. At 26 years old, he’s the youngest artist in this new generation; he’s also strictly a DJ and producer; and, as a resident of Mexico City, he’s the only artist who lives outside the U.S. He’s also the only one who named RZA as his chief inspiration.

“He was the one that pioneered the Shaolin style, know what I mean?” he says. “He was the mastermind of this movement.” Though he’s only been concocting his own mixtures of kung-fu samples and bedrock boom-bap for the last two years, it’s evident The RZArector’s early work informs his every beat. He also, refreshingly, gives props to one of the few Hispanic Wu-affiliates, PR Terrorist (aka Dom Pachino). While there was an arm of the crew named Wu-Latino in the mid ‘00s, Latin Americans have never had strong representation in the Wu-Tang family. Black Sai is putting on for all the Wu fanatics south of the border.