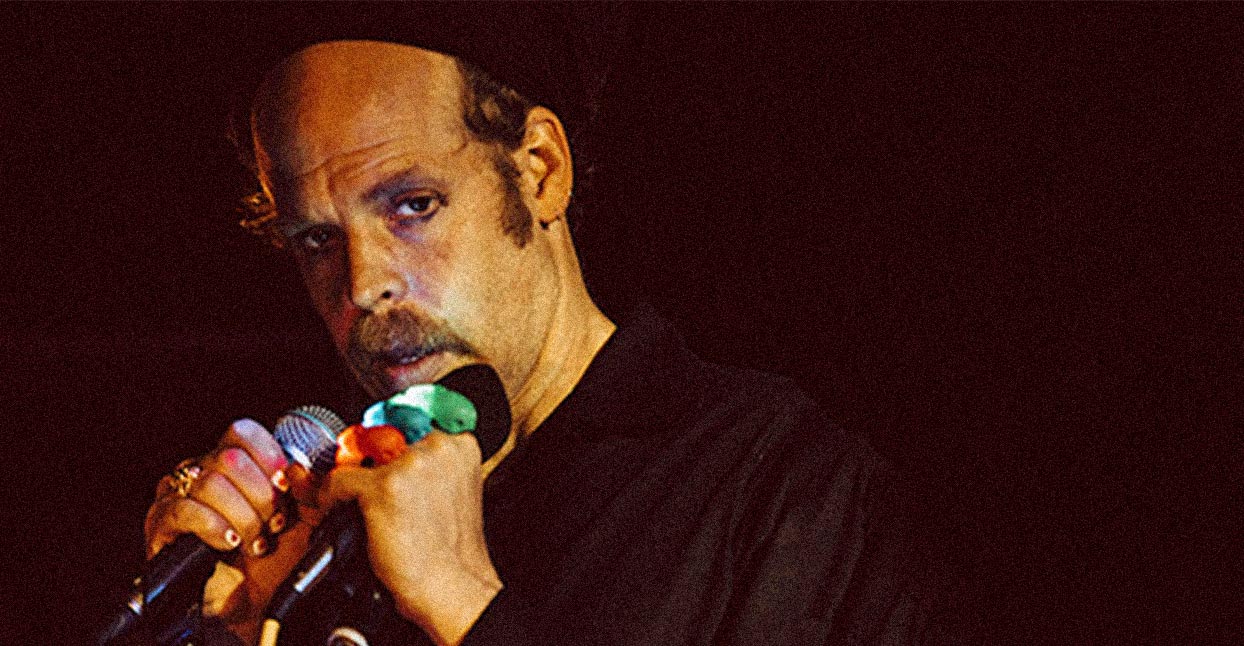 Will Oldham is starting to regret using half a dozen band names. During his ‘90s beginnings on Drag City, the cult-favorite singer-songwriter released records as Palace Music, Palace Brothers, Palace Songs and more—all to encourage buyers to focus on the music rather than the messenger. But when Oldham’s hardcore fans began to take notice, his strategy backfired.

“The intention was to say, ‘Don’t pay attention to the band. Just pay attention to the record,’” he says. “But it became an issue over the first five or six years. Unfortunately, people began to think there was more to it, which was pretty darn frustrating. I thought it would be best to discard that altogether.”

In 1999, in the interest of having “the audience and performer… having a relationship that is valid and unbreakable,” Oldham concocted a final pseudonym: Bonnie “Prince” Billy, and released the masterpiece I See a Darkness that year. He’s stuck with the name ever since, releasing a steady stream of gems like 2001’s Ease Down the Road, 2006’s The Letting Go, and 2008’s Lie Down in the Light. After almost a decade focusing on cover albums and rerecordings of older songs, on November 15th, Oldham releases his first album of Bonnie “Prince” Billy originals in eight years, I Made a Place.

Anyone can find Oldham’s songs easy to love due to their wisdom and humanity, but all of his personas make getting into him as an outsider a slight ordeal. An auteur type with a background in filmmaking rather than music, he has a history of approaching albums as completely distinct projects, not as the fruitage of a single creator. Once, Oldham even experimented with having no band name; much like a movie, 1996’s Arise Therefore (although once credited to Palace Music, now credited to Bonnie “Prince” Billy) simply features credits on the packaging.

Maybe it’s best to follow Oldham’s advice: ignore the band names altogether. From 1994’s stark Days in the Wake to the chilling I See a Darkness to 2009’s country-leaning Beware, his body of work rivals any American songwriter’s from the last 100 years—no matter what moniker he’s working with. Still, to make sense of Oldham’s complicated discography, here’s a rundown of the best records from each of his nom de plumes to hear on Bandcamp.

“It seemed funny, or weighted, to have the title be Palace Brothers,” Oldham says in the 2012 book Will Oldham on Bonnie “Prince” Billy, “when it’s a solitary voice for the most part.” Besides his brother Ned whooping in the background of “Come a Little Dog,” Days in the Wake is all Oldham—10 acoustic guitar songs sung from the brink. From the shattered opener “You Will Miss Me When I Burn” to the heartsick “I Send My Love to You” to the bittersweet parting ballad “I Am a Cinematographer,” the album hasn’t lost an inch of its power in 25 years. To any heart-on-sleeve singer-songwriters wanting to up their game: memorize Days in the Wake upside-down and backward.

Oldham’s first album sounds divorced from time, a mix of basement indie rock and primitive blues in the vein of Charley Patton or Washington Phillips (it features a cover of Phillips’s “I Had a Good Mother and Father.”) No track competes with nearly anything on Days in the Wake, but on the whole, There Is No-One What Will Take Care of You is a promisingly weird debut, sounding like a moonshine-fueled amateur campfire jam that somebody happened to record. The best song is “(I Was Drunk at the) Pulpit,” a Tom Waits-style preacher vignette featuring a grand total of one chord: D.

Recorded dry as a bone by Steve Albini, Viva Last Blues is one of the most nauseous-sounding rock ‘n roll albums ever made. Oldham’s five-piece band plays strangely; “More Brother Rides” swings like a rusty gate, “Tonight’s Decision (And Hereafter)” hovers in a vacuum, and “Work Hard / Play Hard” both rocks out and feels inert. Over the ballsy, roughshod jams, Oldham sounds feral, untrained, warbling about laying in the snow and having sex with death. Every song is uniformly excellent, striking from unexpected angles; “New Partner,” the album’s big ballad and Oldham’s calling card, starts as a love song before revealing itself to be a guilt song. And like the rest of Viva Last Blues, it sounds like nothing else.

Nominally a Palace Music album but featuring no band name, Arise Therefore continues Oldham’s streak with Albini and opts for creepy minimalism. Drummer Jason Loewenstein, who played swingingly on Viva Last Blues, is (sadly) absent, replaced by a Mayatone drum machine that thinly clicks through each song. Arise Therefore is a harder pill to swallow than Viva Last Blues—it doesn’t exactly rock—but if you want to go even weirder than that one, this ponderous, alien vibe might do it for you. (The song with an unprintable title is one of Oldham’s most gorgeous ballads.)

The first Bonnie “Prince” Billy album isn’t just an evolutionary step from Palace: it’s arguably the best album Oldham ever made. With all due respect to Warren Zevon’s 2001 see-ya-later album My Ride’s Here, I See a Darkness may be the blackest, funniest, most compelling album ever written about death. The title track, a prayer to a struggling friend, is the most resonant of the bunch—even Johnny Cash covered it—but each song, in its own way, is perfect. The ballad “A Minor Place” gently probes the idea of limbo, “Another Day Full of Dread” exposes fear as valueless, and “Death to Everyone” is a sex dirge that acknowledges the reality of all of us, one day, becoming topsoil. By the time the brief, celestial closer “Raining in Darling” rings out into silence, I See a Darkness’s spell has been cast.

Full of sawing fiddle, whooping pedal steel and rejoicing singers, Beware is Oldham’s materialist yawp, an album about human bodies and the here and now. “You can have that heaven here and not wait for up above,” he sings on “You Can’t Hurt Me Now.” “Love on your body and you’ll be bathed in light,” he insists on “Without Work, You Have Nothing” (which was included on the original pressing of the LP). Elsewhere, Oldham writhes in a “pit of bodies,” bemoans his kissing ability and pokes fun at his jiggly tummy. He’d gone country before on albums like 2004’s Sings Greatest Palace Music, but this is his best in that lane; the barnyard backing is perfect for these odes to being a human animal, and loving every second of it.

Praised upon its release but rarely evoked in Oldham conversations these days, The Letting Go deserves a seat at the table. Delicate and diaphanous, with guest vocalist Dawn McCarthy giving every line a vapor trail, it’s Oldham’s most feminine album, as well as one of his very best. The only problem is that it could use a trim; cut the vibe killers “Cold & Wet” and “The Seedling,” and you’re left with perfection—if only to get to the breathtaking closer “I Called You Back” quicker. Flaws aside, The Letting Go is the stuff of long drives and frozen-over landscapes; played in the right setting and emotional state, its lovers’ whispers can lay you flat.

Oldham can be stunning alone, but he’s often benefited from a strong foil, like Emmett Kelly (A.K.A The Cairo Gang), McCarthy, or Angel Olsen, in the mix. Superwolf, his collaborative album with Matt Sweeney, is his best team-up (although 2006’s The Brave and the Bold, featuring Tortoise, comes close.) Sweeney, who wrote the music and plays immersive electric guitar throughout, possesses a voice just as craggy and odd as Oldham’s, and on “My Home is the Sea,” “What Are You?” and “I Gave You,” they croon together like mournful giants.

Going deeper: Bonnie “Prince” Billy and the Cairo Gang, The Wonder Show of the World (2010)

Gorgeously recorded, The Wonder Show of the World is one of Oldham’s least demanding and easiest to like albums. Instead of almost stealing the show like McCarthy or Sweeney, Kelly lends a facilitative hand, adding guitar layers and tasteful harmonies to this easy chair of an album. “Troublesome Houses,” “Teach Me To Bear You” and “Go, Folks, Go” won’t transform you like Days in the Wake or I See a Darkness, but they’re not supposed to; this is music for tooling around on Saturday afternoon.

On What the Brothers Sang, Oldham does what Bob Dylan did on Shadows in the Night, Fallen Angels and Triplicate—he covers a (largely) covers artist. While those albums explored the Great American Songbook through the lens of Frank Sinatra, What the Brothers Sang is just that—songs that were sung by the Everly Brothers. Dawn McCarthy is back as his duet singer, and the pair sounds spirited tackling songs written by Kris Kristofferson (“Breakdown”), John Denver (“Poems, Prayers and Promises”) and the band’s Don Everly (“My Little Yellow Bird” and others). “Getting my doctorate was making the Everlys record,” Oldham says, likening his music career to education. “I can make records with songs that modernity can’t destroy.” By bringing these 20th-century classics into the 21st, Oldham places himself firmly in the lineage of American song—where he belongs, no matter what name you call him.