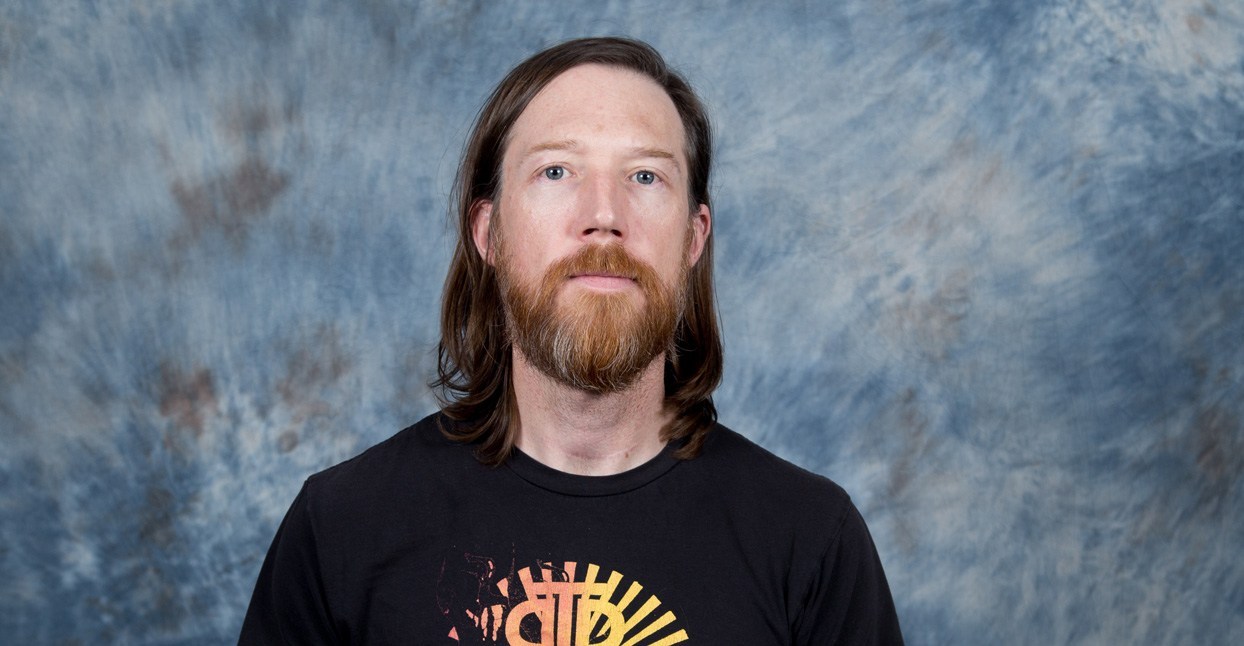 Although he rose to prominence with the highly influential synth prog duo Zombi, bassist/keyboardist Steve Moore has since amassed an impressive—and intimidating—catalog of releases over the last 15-plus years. Even beyond his solo material, there’s his disco project Lovelock, his film soundtracks, and his supporting role in the darksynth group Miracle and the noise-prog unit Titan. His latest non-soundtrack LP, Beloved Exile, marks the next step in his evolution; it’s a more intimate, personal-feeling project than the dark, pulsing soundscapes of his previous efforts.

“I think a lot of that may just be me getting older. I have a different perspective on life now. I’m a father, I have two daughters. I look at things from the perspective that I want my music to help others, if that’s possible,” Moore explains. “With this record, I wanted to make something with a more positive feel to it. There’s so much negativity in the world right now, I don’t need to add to that by making something that’s supposed to make people think of a black-gloved killer.”

In order to achieve that different sound, he reached out to a wide array of collaborators, including innovative harpist Mary Lattimore and Tunisian singer Emel Mathlouthi. Perhaps the most surprising contribution, however, comes from his old friend, The Mountain Goats’ John Darnielle, who provided Moore with song titles for the album. “There’s this old electronic artist, Larry Fast, who goes by the band name Synergy. He was the keyboardist in the original Peter Gabriel band. On one album, I noticed he thanked Peter Gabriel for the song titles. I thought, just imagine having a Peter Gabriel in your life you could turn to for song titles. And I realized I kinda have one.”

For Moore, though, the most important collaboration is between himself and his equipment. “The synthesizers themselves are a large part of my enjoyment of making this music,” he explains. “Before I even take into consideration that I’m specifically making music with these analog synthesizer sounds—I just really like to play with these old synthesizers. I fetishize them a bit. I like to collect them, I like to mess around with them. It’s all stemming from that. I try to see how creative and expressive and how varied I can be using what I enjoy using.”

That “messing around” has led to a diverse collection of albums. We asked Moore to pick some of his favorite releases outside of his current main projects, Zombi and Miracle. Here’s what the synth wizard had to say.

Originally recorded as a bonus track for a tour-only CD-R in 2002-2003, the Tangerine Dream-like “Fever Dream” eventually got a vinyl release in 2009 as part of Mexican Summer’s 7” series along with the newly-recorded “30,000 Feet Deep.” “I tend to be very critical of my own work, so looking back there’s a lot of stuff I hear and I can’t help but think, ‘Wow, I would do this differently now’ or ‘It would be fun to try this a little differently.’ But sometimes there’s a track that I hear and think, ‘I did everything I needed to do on this one.’ And that’s one of those tracks, I don’t think I would change anything about it.”

David Grellier from College asked Moore to contribute a Lovelock track for the Valerie and Friends compilation—released in 2009 by Grellier’s influential proto-synthwave label Valerie Collective—but rights issues meant Moore needed to record something new. “We were talking about doing this compilation, and at the same time they were setting up a show in New York City. A whole crew from the Valerie Collective was coming over to the States to play a few shows. They had sold out the big upstairs room in Webster Hall their first time in the United States. It was really interesting to play in front of a sold-out crowd in Webster Hall doing my ambient music—I wasn’t playing anything that was danceable at all. I couldn’t believe they’d sold out Webster Hall. This was years before Drive, so they already had quite a following. They laid the foundation for a lot of artists today—also in the pop world, not just the electronic world.”

Although he’d previously done soundtrack work with Zombi for Adam Wingard’s debut feature, Home Sick (Moore eventually scored the director’s breakthrough, The Guest, on his own), Moore found this a fun opportunity to go incognito and work in a mode reminiscent of Italian horror composer Fabio Frizzi’s classic themes for Lucio Fulci’s House by the Cemetery and The Gates of Hell in his own score for Ryan Nicholson’s horror comedy Gutterballs. “As problematic as it may be from a sociopolitical standpoint—taking the alias of someone from another culture is maybe not the greatest idea I’ve ever had—the idea of working under an alias… and at first, I wasn’t going to publicly say that it was me, but in the end I was just too happy with the way it all turned out. It put me in a place mentally where I could explore ideas that wouldn’t feel right in the context of other releases I’d done.”

The motorik-inspired beat in “Bayern Kurve” makes sense, considering its origins as a demo submission for an Audi commercial. That the song ultimately failed to make the cut doesn’t bother Moore much; for him, the track’s biggest highlight lay in its legacy as an accidental hidden gem. “There’s this web series, Boiler Room. Every episode is a DJ doing a live DJ set. There’s an episode where the guest DJ is [Radiohead’s] Thom Yorke, and there’s a video of him spinning this song as part of his DJ set. I’ve never been able to make contact, but it’s interesting to think there’s one of my records in his collection somewhere.”

“I miss this band so much, I really enjoyed playing in it. With Zombi, there’s so much that can go wrong and so much I have to take into consideration and factor in when we’re playing, between the bass guitar and the synthesizers, whereas with Titan, all I had to do was show up and play bass.” His favorite contribution to the project was the brooding “Synthasaurs,” which was originally a solo track but found new life in the context of the New York-based prog/psych quartet.

This cosmic soundscape was a change of pace, exploring more abstract territory than his previous work. “I was fascinated by the idea of making something full, and lush, and organic-sounding. I wanted it to be dynamic where there were also these cold, austere, angular tunes to push things a little bit for me. I don’t want to make music now that is so obviously referencing something else. That kinda used to be a thing that I did. The different releases like the Gianni Rossi and the Lovelock were supposed to sound like a genre that had already happened, whereas with this I was genuinely trying to do something new.”

Of the five films he’s scored since 2015, Moore singles out his accompaniment to Joe Begos’s psychokinesis thriller as his favorite. “More than some of the other scores I’ve done, this plays pretty well outside of the context of the film. Typically, on a film score, there are long stretches where maybe there is a lot of action on screen, and some where there isn’t. Since the cues are playing a supporting role, sometimes there’ll be a minute-and-a-half worth of not a whole lot going on in one of these cues for other roles. There was so much music necessary for this film, and so much happening in this film, that there’s no point where I find things becoming tedious or boring.”