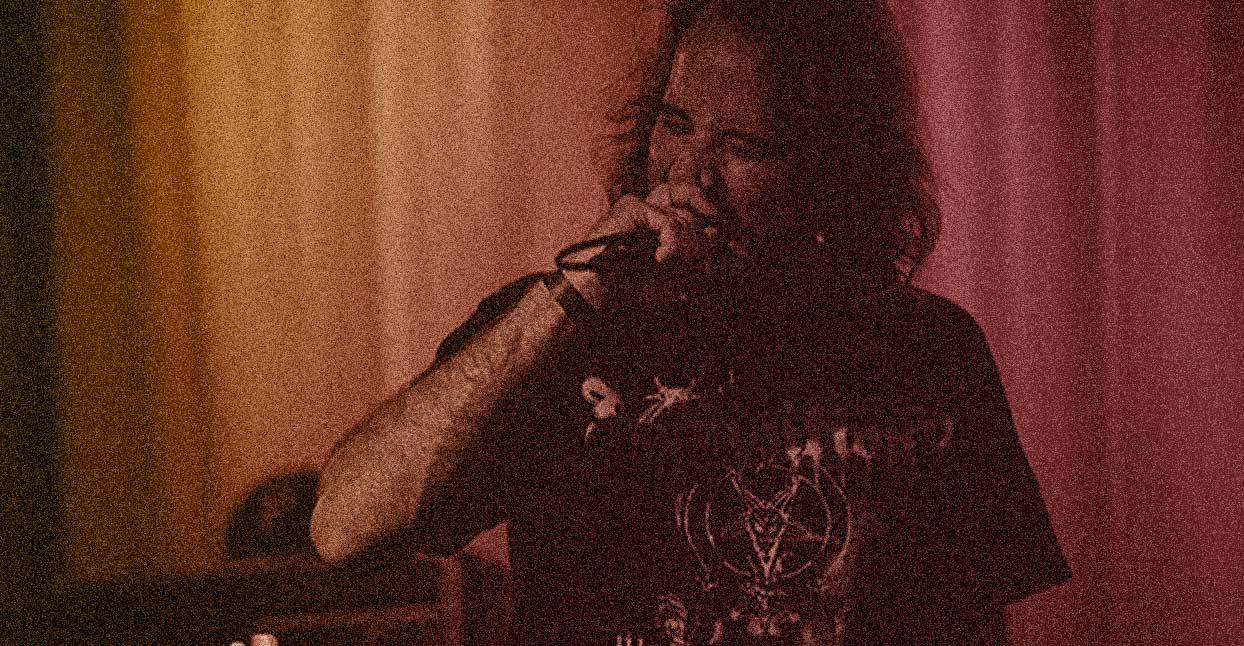 Kim Kelly is a music journalist and publicist, splitting her time between Brooklyn and the open road. She blogs about extreme metal at Necrolust.

Somewhere out there a songwriter sits cloistered between the paneled walls of an expensive studio, carefully crafting what will, in four-to-six weeks time, become a bona fide summer jam. A perfectly-coiffed pop star with rock-hard abs and TMX on speed dial will warble a hook over booming bass and soulless strings. Its lilting melody will be heard pouring out of every Bimmer, bodega, and bro’ bar from here to Kalamazoo (especially on Friday nights) and we’ll all inadvertently memorize a few bars out of sheer survival instincts. It will go down in pop culture as a month-long blip on a chart, and live eternally in karaoke bars and nestled within the DJ sets of those who call “da club” their workplace. It will make the kind of money for its owners that few of us ever see, and then it too will fade, left behind as pop’s fickle fates march onwards towards the next hit.

Whilst all of that is going on, some folks will have bypassed the whole process and curled up with a polar opposite – those haunting spectres that lurk within Bandcamp’s burgeoning “black metal” tag. If, like me, you’re more interested in Kringa than Katy Perry and worship Bathory over Beyonce, the following might just tickle your fancy. As the air conditioner hums away in the corner like a prisoner in solitary, the cold, jagged riffs and torturous howls of the damned will drown out its cheerful din and darken the sun-dappled windows. These are Satan’s summer jams…

Krieg are 20 this year, and founder Neill Jameson (once also known as Imperial), along with his rotating cast of cohorts, are releasing a spate of new records. They are one of the few remaining original American black metal bands regularly putting out quality new material. But even with three (!) meritorious releases in 2014 to date, Krieg remains criminally underrated. Alongside a split with excellent Wolvhammer (via Broken Limbs) and the Unmedicated EP (Belief Mower), Krieg recently unleashed a two-song EP entitled Isolation/Transmission on Init Records. This particular record shows the band wallowing in its trademark misanthropic black metal, with the addition of post-punk undertones that really serve to underline the inherent misery at work.

This Nashville act is still wet behind the ears but you’d never guess it from the forceful complexity of its limited releases. A few of their rough demos, circulated on Bandcamp, caught the ear of Graceless Recordings, who released the band’s debut EP via cassette this past April. This landed the band a double-pronged partnership with Profound Lore and Gilead Media. The full-length fruit of their labors, The Process of Self-Immolation, is ruthlessly intense and dangerously compelling. The balance between rawness and ambition is finely tuned and expertly enacted, characterized by both melancholic touches and chaotic urges. Alraune will do great things.

Hailing from Salem, OR, Mania has been around since 2006. Nate Myers is the main force behind the band and is also in acts like Vault Dweller and Hell. Myers’ bleak, artful compositions make Mania one of the reliably ace Eternal Warfare label’s most compelling acts. Myers’ latest release, a split with Hell’s droning doom affiliates Mizmor, was released on June 24th. The sprawling second track features beautifully baleful vocals from Jessica Carroll, adding a bright new dimension to the darkness.

Ill Omen is the project executed by the shadowy yet prolific Australian musician Mitchell Keepin (alias IV). Ill Omen’s second full length, and Nuclear War Now! Productions debut, marks yet another chapter in the development of an artist who has honed his talents as a member of several other seminal Aussie bands: Naxzul, Temple Nightside, Austere, and Woods of Desolation. By now, Keepin is adept at creating a suffocating, eerie atmosphere to enshrine his ritualistic, Scandinavian-inspired black metal orthodoxy, and the eleven-track Enthroning the Bonds of Abhorrence is a sterling example of how well his approach can work when given a chance to develop.

The third album from 10-year-old Krigsgrav paints a dusky portrait of a band that has finally settled into itself. Shades of early Ulver and Drudkh color The Carrion Fields in the best possible way as the foursome couch urgent tremolo picking, folky acoustic moments, and clean dual guitar harmonies in winding atmospheric arrangements. There’s an anthemic quality to the work, aided by faintly burnished production. Naturmacht Productions will release the album, currently available for pre-order, on July 30th.

German label Iron Bonehead specializes in releasing primal, utterly lightless extreme metal for the kind of fans that think Watain is far too poppy. Polish newcomers Temple Desecration fit right in. The newly released Communion Perished EP follows the anonymous group’s 2012 Abhorrent Rites demo, and offers a more fully formed glimpse of the band’s violent inclinations. The EP runs through two thick, ugly tunes in under fourteen minutes, mining the depths of vintage death/doom and bestial black/death metal to vomit forth a thoroughly repulsive tribute to extreme metal’s most depraved moments. Hell, this one is worth it for the guitar tone alone.

Pittsburgh quartet Wrought Iron has made a positive impact on their local scene, alongside the likes of death metal legends Derketa and rising extremists Dendritic Arbor. The four-piece recently released their debut full length via Grimoire Records, and it’s a doozy. Channeling the grim-faced brutality of Funeral Mist and early Marduk, with a brutish death metal influence (check out the subterranean guttural vocals that pop up alongside the ragged shrieks), and sprinklings of crust and thrash metal, Wrought Iron weld together the best of their influences to create a sinister new alloy.

This San Francisco duo takes the “black/punk” pairing to a whole new low. They look to filthy Finns like Horna and Sargeist for perverse inspiration but lean hard towards a coarser punk influence, leaving all but the barest melodic inklings to rot on the cutting room floor. For reference, Tare is way more Ildjarn than Immortal. The band’s Ritual Degradation EP (out now on Eternal Death) is stocked with sickening howls, churning chords, and manic black metal riffs that saw through deceptively primitive punk beats. Noisy, crude, and unabashedly rough, this is raw black metal done so right it’s all gone terribly wrong. Total fucking necro.

Like Straining Boughs is the first release for this nature-focused British Columbian project. Helmed by Colby Hink, Old Graves traipses along the borders of Cascadian black metal’s atmospheric, woodsy realm. It’s far lovelier than black metal has any right to be. There’s a heavy folk influence, lengthy passages cribbed from so-called “post-metal,” and a host of engrossing gossamer melodies that wouldn’t feel out of place on an Agalloch record. Four songs build into emphatic crescendos, relying on fluttering tremolo and walls of distortion to hammer their point home.