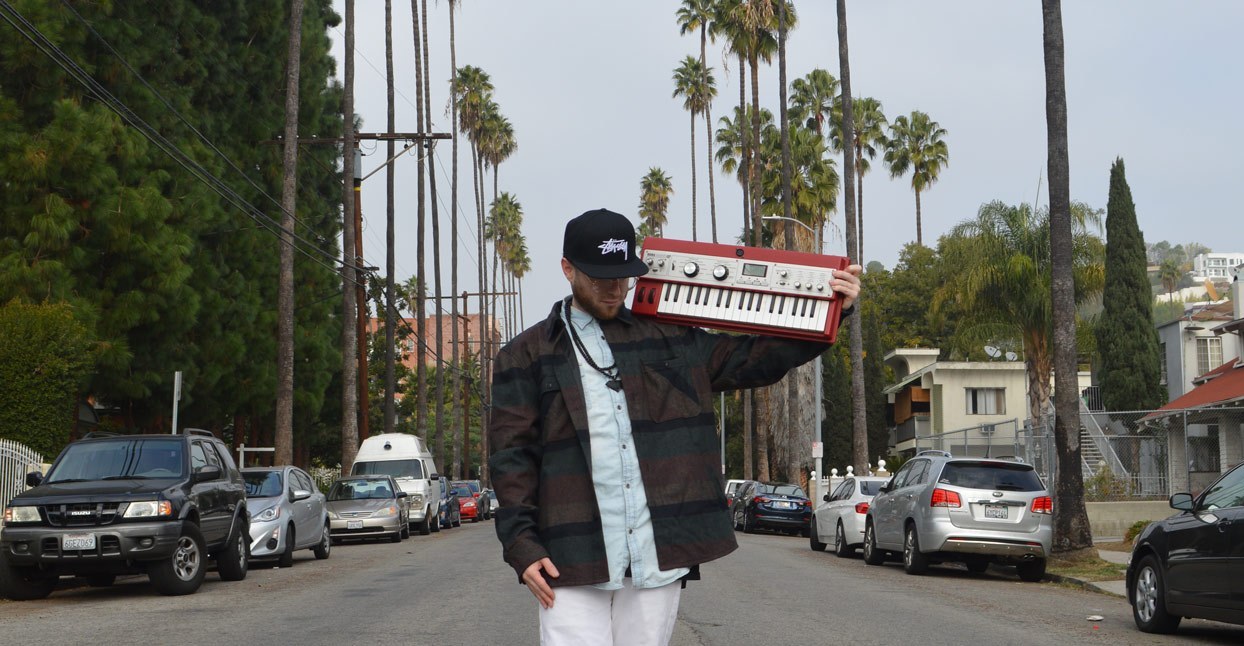 In music, the term “boogie” usually refers to early ‘80s funk and post-disco, a sound that peaked in 1984 and relies heavily on drum machines and synthesizers as opposed to the live bands and orchestras of disco. In fact, the sound was in some ways a reaction to disco; a problematic backlash against the music in 1979 resulted in major labels like Epic, Atlantic, RCA, and Capitol pivoting away from the sound. With fewer commercial opportunities in big-budget disco, artists and producers pursued the accessibility of synthesizers and drum machines, which were just beginning to enter the market. But the major labels mostly missed the boogie train; it was indie labels like Salsoul, Prelude, Radar, and West End Records that nurtured the sound. Songs like D Train’s “You’re The One For Me” and Evelyn “Champagne” King’s “If You Want My Lovin,” both released in 1981, are some of the earliest and most well-known examples of boogie. Now, the genre is experiencing a resurgence, after a near decade-long cult following in Los Angeles, San Francisco, and parts of France.

“What we call boogie is what grew from the ashes,” says Bay Area boogie artist K-Maxx. “It provided another energy where people could vibe, mingle, and bring different cultures and communities together. The technology aligned with what was happening.”

Today, boogie remains a sound that’s dancefloor-ready, but largely overlooked by the mainstream. Artists like Chromeo and Dam-Funk, arguably the most influential artists in the scene, are the closest boogie has come to the zeitgeist (aside from Bruno Mars’s occasional flirtations with the sound).

“I’m glad that the people who were there for the early resurgence [of the sound] were the type of people they were,” K-Maxx says. “They really understood the history of it as they made their contribution. It’s a good foundation.”

Much like the original era, the modern boogie scene consists of a close-knit community of indie labels banding together to create a sustainable network for artists to get their music pressed to 7” and 12”, labels that included Star Creature Universal Vibrations, Potions (formerly Cherries Records), Hobo Camp, MoFunk Records, PPU Records, Austin Boogie Crew, Voyage Funktastique, and Omega Supreme. James Vance of Omega Supreme Records in Portland recalls that when they released their first single, Turquoise Summers’ “Never Can Get Enuff” 12” in 2012, modern funk vinyl was scarce. The drought didn’t last long.

“I think we had 36 modern funk records out,” he says. “Whereas two years before it was a struggle to find some funk to put into the crate. That’s when it crystallizes into a real lane.”

He notes that while his peers “used to clown the shit out of Jheri curl funk and early ‘80s funk,” people have begun growing out of that phase, and he’s received offers for sample clearances from the label’s catalog. Omega Supreme artist Sven Atterton has been sampled by rap producers like DJ Fresh, and Mickey de Grand IV of Psychic Mirrors produced several songs on Denzel Curry’s recent album TA13OO, incorporating his Cosmic Chronic labelmate’s song “Cash Maniac” into the Curry track of the same name.

Here’s a selection of several artists who exemplify the modern boogie sound.

Psychic Mirrors channel the best of Miami’s fabled ‘80s into their deranged 10-piece synth-funk band. Billed as a soundtrack to a fictitious grindhouse film, Nature of Evil broke the mold of modern boogie. The tenets of boogie feel warped, mutated, and unstable in the hands of Mickey de Grand IV and his Cosmic Chronic crew. Turn “Island Girl” up loud enough, and you can almost hear the city’s sweat and sticky air. “One of the guys that run Cosmic Chronic had a shed in the back of his crib, in Overtown, so he said you can stay here and make records here,” Mickey de Grand IV says. “Nature of Evil was made in 100-degree weather, no air-conditioning, a lot of the electronics got fucked up after a while. I’d be there up all night, go to work, and come back.” Nature of Evil explores an underbelly that almost runs counter to the positivity at boogie’s core.

Modern boogie could certainly benefit from more female vocalists. The ‘80s had Sharon Redd, Gwen Guthrie, Evelyn “Champagne” King, and Gayle Adams, but for now Moniquea stands more or less alone. “To me she, has one the biggest voices in the entire modern funk game,” says Vance. “Moniquea and XL Middleton are the Rene & Angela of the modern funk era.” Moniquea’s Yes No Maybe lifts the blueprints of ‘80s boogie, the loud hand claps, four-on-the-floor beat, and rubbery basslines made from vintage keyboards. But XL Middleton and Eddy Funkster never allow the production to feel too retro, clearing the way for Moniquea to shine.

When it comes to obsessively recreating the essence of ‘80s boogie, few come as close as Nickee B. On “I Won’t Fake It,” Nickee B impresses by touching on the high points of the first wave. In four minutes, he references D Train’s musicality, combining piano and synthesizers, and closes with the street raps of the late boogie era. Danny Spence of Austin Boogie Crew says it’s not just his spot-on compositions or his vintage equipment; it’s the fact that his songs are “mixed/mastered in a way that makes it feel authentic, and working with people like Howard Johnson and Heather Haywood from The Cool Notes.” When it came to making Stronger, Nickee B says, “I want to make my productions sound like it was made in the ’80s. If you listen to my work, you will hear the Prophet V, DX7, Linndrum, TR-808.”

Pioneers in the modern scene, First Touch’s self-titled debut arrived alongside Dam-Funk’s masterpiece Toeachizown in 2009. Oliver of First Touch says that boogie was never just a sound for them, but rather “our lifestyle, our ‘life -feeling’ so to speak.” Much like Dam-Funk, First Touch combine classic boogie with new flavors, creating songs the feel designed to be sampled on the next Daft Punk album. Mostly instrumental, the self-titled album tucks classic touchstones in sleak, futurist production. “Night Groovin’” opens with a block party beat of bongos and hand claps, then elevates it to Studio 54 with its slap bass and glossy keys.

Released in 2013, Raw Silk Vol.1 is a look at the scene before there was one, says K-Maxx. He may be a little biased: his song “Wanna Play Hooky” is the opening cut. But Vance mostly agrees. Though he couldn’t see it at the time, in retrospect, the album seems to capture a special moment before the boom. The potpourri of boogie spans the schoolyard funk of “Wanna Play Hooky,” the vocoder-heavy night funk of BusCrates 16-Bit Ensemble’s “In Gear,” and Benedek’s silky, lo-fi groove of “Saturday Jam.” “There was no blueprint yet,” K-Maxx says. “There weren’t a lot of records to check for. Everybody that you’re hearing around then are cats who were doing what they felt. This is how we wanted to be.”

Danny Spence puts “Press Play” in the canon of modern funk anthems. It’s a collaboration between three of the scene’s torchbearers (XL Middleton, Eddy Funkster, and Zackey Force Funk), and Zackey uses his signature airy croon to summarize the instantaneous reaction to funk at its finest: “We press play, and then we start to move.” It’s boogie from a g-funk perspective, with a sound far heavier on the low end. Lasers collide with the kind of portamento ARP synthesizers that made Dr. Dre want to sample “Mothership Connection,” and the result is the same: pop-n-lockers hear it, and come alive. A staple in the scene since 2013.

Listed by First Touch as one of their favorite records from the modern era, Diamond Ortiz’s Goodies EP is brief, but sugary sweet. For the San Francisco native, much of his work falls into the g-funk and street funk subclasses; but Goodies is pure boogie. The basslines are rubbery, while the synths blast out like a laser tag war. Diamond Ortiz shrouds his tender vocals in robotic vocoder, but there’s nothing stiff nor mechanical about the music here.

BusCrates 16-bit Ensemble
“On My Own”

There’s hardly a modern funk label that doesn’t have a BusCrates record in its catalog. Like many of the producers, BusCrates found funk through hip-hop. It’s difficult to select just one standout release from BusCrates 16-bit Ensemble but “On My Own,” featuring Laura Benack & Nice Rec, is as close as it gets to definitive cuts—particularly when Laura Benack hits the chorus, and BusCrates begins his conversational melody on the synth keys, a formidable callback to original boogie. The lineage runs deep on “On My Own,” and even with its squeaky-clean synth tones that lean towards nu disco, this track is definitively boogie.