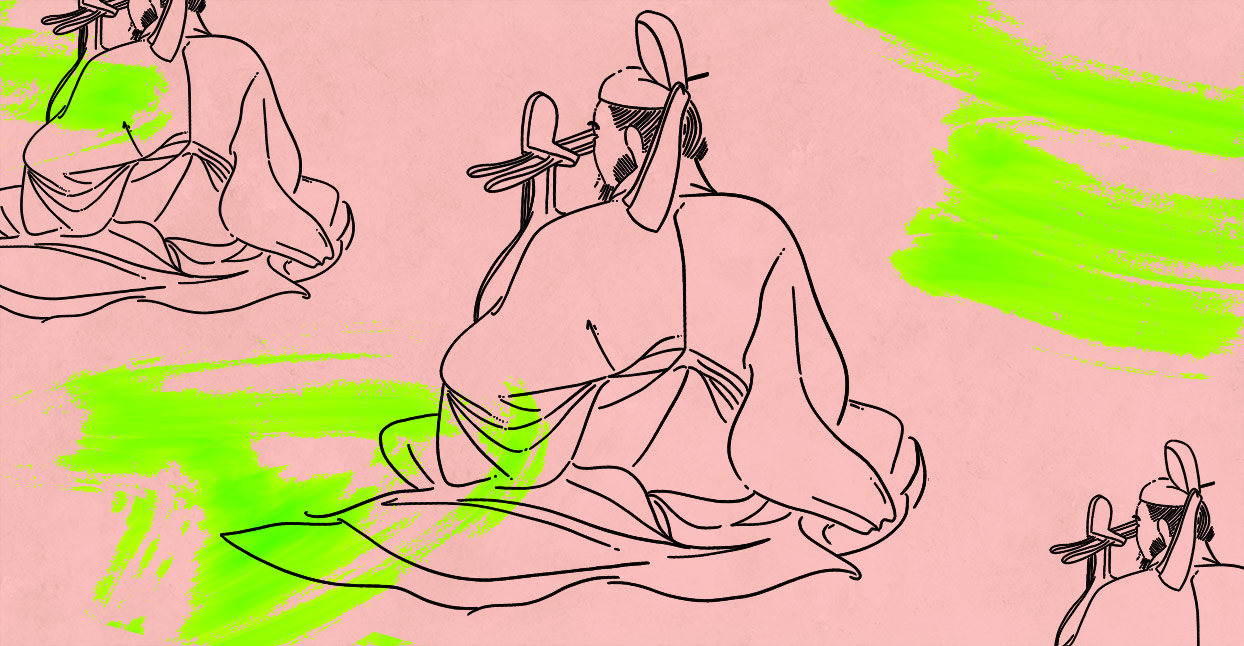 Gagaku is the oldest vein of classical music in Japan. With an arsenal of droning mouth organs (shō), harrumphing drums (Tsuri-daiko), and reverberating lute (biwa), it’s an instantly recognizable sound. Recognized as an Important Intangible Cultural Property (otherwise known as a National Treasure) in Japan, gagaku has droned through the ages since the sixth century. With its humming tones and timbres seemingly plucked from some enchanted ether, the ambiguity of gagaku ascends the style to near-holiness, music for a ceremony that has yet to find an altar in this world. While gagaku’s foothold in modern music has grown more tenuous with time, it’s quietly endured through global cultural preservation and has been revitalized by modern experimentalists.

Built on intonations at odds with the Western chromatic scale; and conceived with instruments unfamiliar to many, gagaku still has the power to communicate across time and space. These contemporary musicians draw strongly on the traditions of gagaku in their individual work, eager to build a bridge across the void separating what was from what could be.

Using violin, voice, shō, and an arsenal of other instruments, Tokyo-based noise mangler Desuka combines the kineticism of noise with the arpeggiating twinkle of gagaku, oftentimes to unnerving results. The Japanese experimentalist’s debut EP is more of an auditory exorcism, less a cruise across plains sonic bliss. Setting the pentatonics of gagaku with throaty gnarls and gut-deep retching, Desuka swiftly eviscerates any hope of spiritual relief, instead conjuring thick tension.

Banishing instruments to the tumult of the background at some turns, swinging in and out like a pendulum (“Collapsing silence”) at others, the EP’s four tracks reflect a shared principle: these are the sounds of a far-off world, lost to all but Desuka himself.

Matthew Dotson’s Tomes compiles a mad dash across genre and time, chronicled on three previously-released EPs released from 2012-2015: Excavation, Revolution/Circumvention, and Sublimation. Beginning with “Excavation – Side A,” warbling lute ebbs and flows across choppy waters, only to buckle beneath chock-a-block static. From that moment onward, peace proves hard to come by; fluttering strings careen into 10-ton drum beats that pan across the mix feverishly.  While the soothing quality of gagaku only reveals itself in ephemeral flashes throughout Tomes, Dotson’s glimmers of restraint introduce a squirming specificity in the final white-knuckled minute of “Sublimation – Side B.”

Light cannot exist without darkness, just as these two albums cannot exist without their twin tethers. Hecker has built a career on toking tones and sieving them through his jagged, post-modernist lens, most triumphantly with the chopped-and-screwed choral arrangements of 2013’sVirgins. The Anoyo / Konoyo pursuit is no different: this time, Hecker tinkers and toils with sound sketches etched by the Tokyo Gakuso.

Hecker’s primeval-meets-pioneering approach flourishes as he tangles plucky lutes with bowed cello; piano keys square off with the intoxicating drone of the shō, vibrating through beats and bodies. These albums, created to reckon with death and all that may (or may not) come after, erect an uncharted world touched by neither hands nor hate. After all, the producer’s work is an exercise in translation, echoing the ancients with his own tongue.

Lifting its name from an ancient gagaku composition (translation: “Music of Heaven”), Kaoru Inoue’s Etenraku EP melds the temple floor and the DJ booth, weaving canyon-deep beats and flickering tone floors with the chimes and percussion of its namesake.

Kaoru, a producer who helms Tokyo-based label Seeds And Ground, subverts gagaku’s history as the score for the lives of aristocracy, instead offering a work intended for the agonized and the ecstatic, the starry-eyed and foul-mouthed. Even the title track’s Quantonic Remix, which infuses techno-timed percussion and fizzling funk bass into the original mix’s heavy gagaku lean, Inoue bows to the glory of the past, and the echoes of its progenitors.

Commissioned by the Canadian dance company 605 Collective to create experimental riffs on dance-based music, Saloman’s 3-part Movement Building Series sputters and stalls with hot-blooded vitality. Built on the breakneck beats characteristic of taiko drums, Saloman recreates the sounds of gagaku with a spartan setup of guitar, cymbals, and snare.

The aptly-titled track “Gagaku” unfolds with glossy swaths of woodwinds, ultimately broken by the pistol-pop of snare. Halfway through the track’s 11-minute runtime, seared strings and bruised reeds weave thick like chainlink, building a perimeter dense enough to keep listeners at bay, but porous enough to tease what lies just beyond reach.

Known for crafting synth-powered soundscapes better suited for brooding than dancing, Manchester drum ‘n bass titan Synkro is hot-blooded on this three-track EP. From the silvery ‘80s stain of “Cloud Musik” to the tranquil sprawl of “Gagaku,” Synkro’s sonic seance beckons the ancient voices of gagaku into his backlit universe. Incorporating tinny trap bleats into atmospheric swaths siphoned from Japanese mouth organs, Sykro’s creation is painterly, albeit taut — as if Van Gogh was working with one arm tied behind his back, a knife held to his throat.