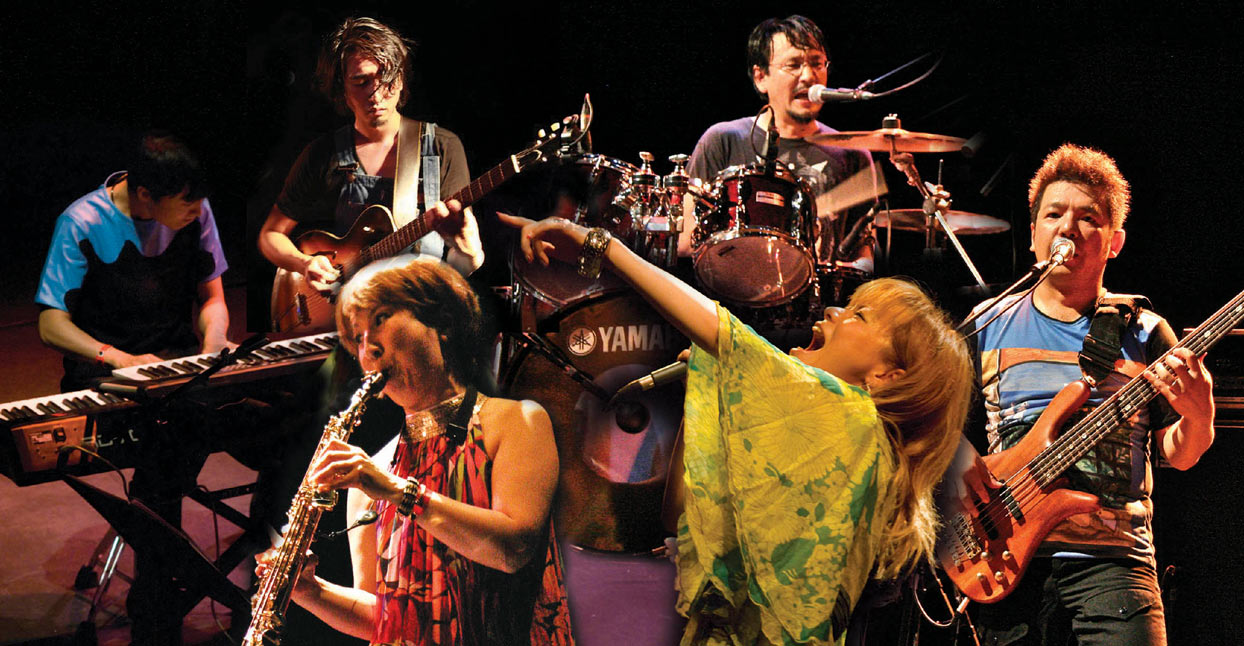 “It was hard to learn, hard to play, and hard to listen to.” That’s how Dave Stewart of the British band Egg described progressive rock, the high-minded genre that emerged in the late 1960s, and peaked into the mainstream—think Yes, Genesis, and Rush—in the following decade. As such groups grew to value technical prowess, extended suites, and fantasy narratives, prog became a pariah, part of the rock pomposity that punk reacted to.

But there were parts of prog that were pretty punk—the parts that Dave Weigel, author of The Show That Never Ends: The Rise and Fall of Prog Rock, calls “conflicting attitudes, discordant instrumentation, and jerky rhythms.” In the ‘00s, some underground rock bands locked onto these elements, taking cues from the early work of prog groups like King Crimson and Magma. The result was a harsher, more visceral strain, one that The Flying Luttenbachers’ Weasel Walter coined as “brutal prog.”

“I was trying to create a clear-cut distinction of what we were doing with progressive rock forms, minus the sort of ‘flutes and fairies’ elements I didn’t like in prog,” Walter says. “The balladry and sensitivity were banished from our kingdom—asymmetry, dissonance, and speed ruled.” Building on the proto-brutal sounds of Japanese duo Ruins and American ensemble Cheer-Accident, brutal prog bands slammed together guitar pyrotechnics, whiplash-inducing time changes, and earth-shaking dynamics.

Along the way, these groups have incorporated the more extreme aspects of other genres too: free jazz, math rock, no wave, noise, and heavy metal, especially grindcore. Though their compositionally complex songs are likely hard to learn and play, they can be surprisingly easy to listen to. All you have to do is surrender your pattern-seeking brain to the gut-level power of brutal prog.

Here are seven brutal prog bands whose work demonstrates the depth and breadth of this dizzying music.

When Walter created the Flying Luttenbachers in the early ’90s, they were a high-speed jazz trio informed by Walter’s punk leanings. But within a decade, their music had morphed into a blasting behemoth, tracing the imagined destruction of the planet through elaborate compositions that were equally heady and brawny—or, as Walter has put it, “run the gamut between technical overload and mindless idiocy.” After a long hiatus, the band released a new album this year that reclaims their position as kings of brutal prog.

Upsilon King, a band that has never hidden their prog leanings, nod to King Crimson by naming their first album In the Acrux of the Upsilon King. The group, which formed in San Diego in 1999, has gone through 11 different lineups incorporating almost 20 participants, but their backbone is guitarist Paul Lai, the only constant member. They have cultivated a sound that’s thoughtful enough to move minds but guttural enough to justify song titles like “Dogshit on the Shoulders of Giants.”

For proof that brutal prog bands often have chops but are rarely defined by them, look no further than Orthrelm, the duo of mind-bogglingly nimble guitarist Mick Barr and drummer Josh Blair. Barr is a master craftsman, spooling out reams of fast notes and tricky runs. Yet Orthrelm’s music is as much about drowning your head as sparking your grey matter. Take 2005’s Ov, a single-track, 45-minute roller coaster which pumps so much blood, it’s like a vein turned into a firehose.

Because they came up in Providence, RI during that city’s upswell of underground art and music in the early ’00s, Lightning Bolt are often thought of as noise rock, like most of their comrades on the Load Records roster. But the rapid-fire bass-and-drum workouts of Brian Gibson and Brian Chippendale clearly overlap with brutal prog, particularly the way they use repetition and stamina to build momentum. The effect is not so much dizzying as it is bludgeoning, the musical equivalent of a 12-round boxing match.

This Japanese ensemble features Yoshida Tatsuya of Ruins, and has been around nearly as long as that duo. Their dramatic music marries the angled hyper-rhythms of brutal prog with an epic aura that—especially because of their soaring vocals—often feels operatic. At times their music is so grandiose you could actually just call it prog, but it’s never long before any of their songs take hard, crashing turns into hammering brutality.

We Be The Echo

On their Bandcamp page, San Francisco trio We Be The Echo call themselves “brutal shred-prog,” a nod toward their preferred style of virtuoso-level guitar playing. But even though the band is technically sharp, and some of their songs have the air of earnest balladry, they never seem to take themselves too seriously. Song titles like “Siddhartha & Nancy,” “MC WarHammer,” and “Constellation Sandwich” reflect their innate sense of humor, as they fuse prog, punk, and metal into songs that are actually fun to hear.

Minimalism isn’t a word usually associated with brutal prog, but Finnish duo Cause For Effect have managed to create a stripped-down version of this confrontational sound. The duo of drummer Ari and bassist/vocalist Tuomo make super-short songs in which their three elements (sprinting bass, pointillist drums, and Tuomo’s death-metal growl) are crystal clear, without layers of noise on top. What they lack in sonic abandon they make up for in perpetual kinetic energy, with a constant thrust that justifies them calling their latest EP, well, Brutal Prog.