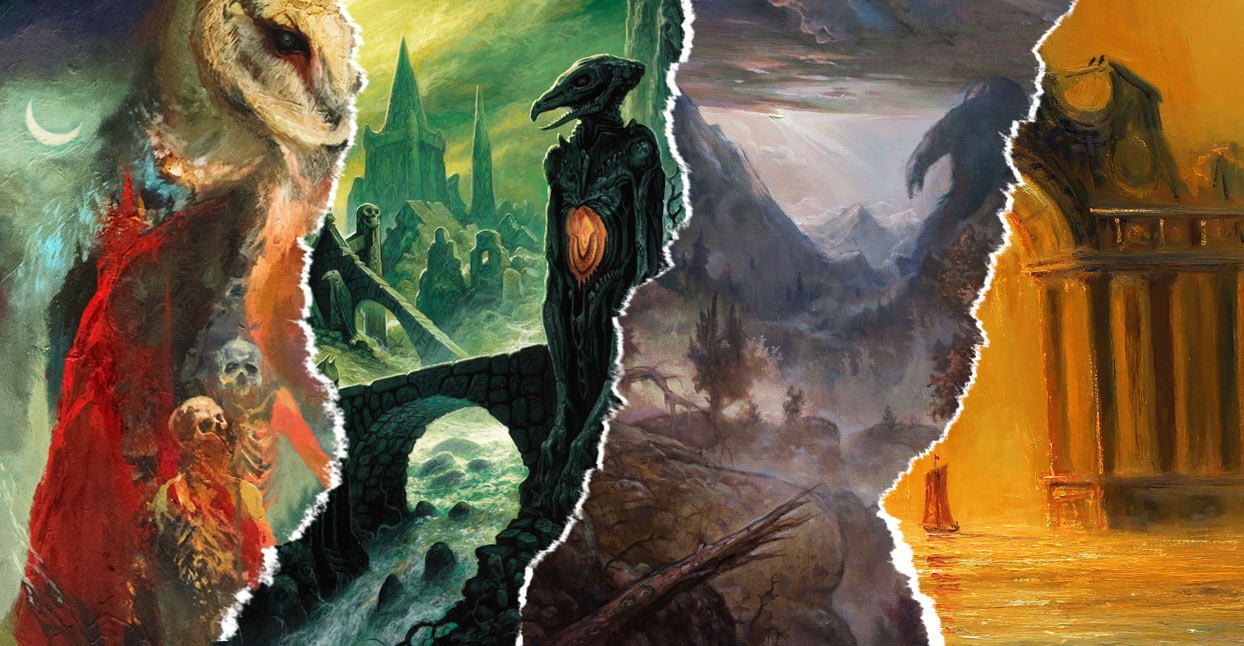 The catalog of India’s aptly-named, decade-old Transcending Obscurity Records, packs an ambitiously-wide geographical variety. Bands with recent and upcoming releases on the label hail from Australia, Portugal, Paraguay, and many more locales, trading in styles ranging from crushing doom to frantic death metal. Label head Kunal Choksi’s own love for intense metal has driven him to curate this globe-spanning catalog.

“The process of discovering raw talent and working hard for them and seeing our efforts bearing fruit on a larger scale is gratifying,” he explains. “There is a sense of fulfillment every now and then, and that keeps us going.”

Choksi built Transcending Obscurity Records after working for more than a decade as a music writer, which he explains helped shape the label’s mission. Like most independent labels operating today, it’s a social-media-driven ecosystem, a thriving one at that; Choski’s Facebook inbox is always glutted with artist submissions, so he spends a lot of his time sifting for hidden gold. “We cover music of all styles, and I guess that’s where our approach stems from,” he says. “We deliberately do not want to focus on a subgenre of metal because there’s so much good stuff out there that needs to be tapped and this is an extension of our intention to do so.”

The label reaches into more and less established genre and geographical scenes alike, with fresh tracks from the global extreme metal underground for a diverse array of listeners. Transcending Obscurity features the Dutch death-doom band Officium Triste, who’ve been releasing music since the ‘90s; the label’s French death metal band Nox Irae’s forthcoming debut features musicians from the ’90s French death metal group Catacomb. For the black metal fans, there are bands like Croatia’s Bednja, whose debut full-length worth of their hardcore-infused take on the style also comes out this fall. The befouled list only goes on from there: crusty death from Chicago outfit Bones, pummeling sludge from the U.K.’s Warcrab, and even raga-inflected black metal from Germany’s Temple Koludra—all housed on the same label.

Considering the operational challenges associated with this mostly one-man operation—not to mention its geographical distance from the world’s most established metal scenes—one could argue that Choksi’s running Transcending Obscurity, quite literally, from the front lines of global DIY. “We’re experimenting every single day to improve upon our quality, be it the kind of printing to the kind of paper we use,” he explains, noting that opportunities in India are limited. To counter this trend, Choksi recently even crowdfunded in-house merch printing, sharing that they’ve “invested a ton in getting the right machinery and support to make this all efficient, and it’s exciting and heartening at the same time.”

Choksi has a deeply rooted personal stake in the process. “I’ve been through countless tragedies, [from] the loss of my entire family, to illnesses such as cancer and heart failure—my father, mother, and even my only sibling—to the extent of me living all alone and still depending on this music, from when it was a hobby to what’s become a living,” he explains. “I’ve suffered losses in my old family business, leading to its shutdown, too. Suffice to say, it’s unthinkable to live without music being a major part of my life.”

Capturing the power of still-ongoing technological innovation, the whole operation has a chance to thrive, thanks to its diverse bands and the many fans from around the world who listen, although some have challenged Choksi’s ability to manage a globally-recognized metal institution from a nation that’s not commonly associated with the style. “I hope more of them become less prejudiced or reluctant when it comes to our label, even though it’s based in India, because we’ve taken steps to ensure that the experience will be a better one than you’d think,” Choksi shares. “It’s starting to reach a point where people are willing to ignore our country of origin and focus on the music we put out and high quality products that we offer. To that extent, indeed, it’s becoming all about the music. More and more bands from different countries and continents are becoming comfortable getting signed to us, because they know we will treat them with the same amount of respect as we would a band from our local scene.”