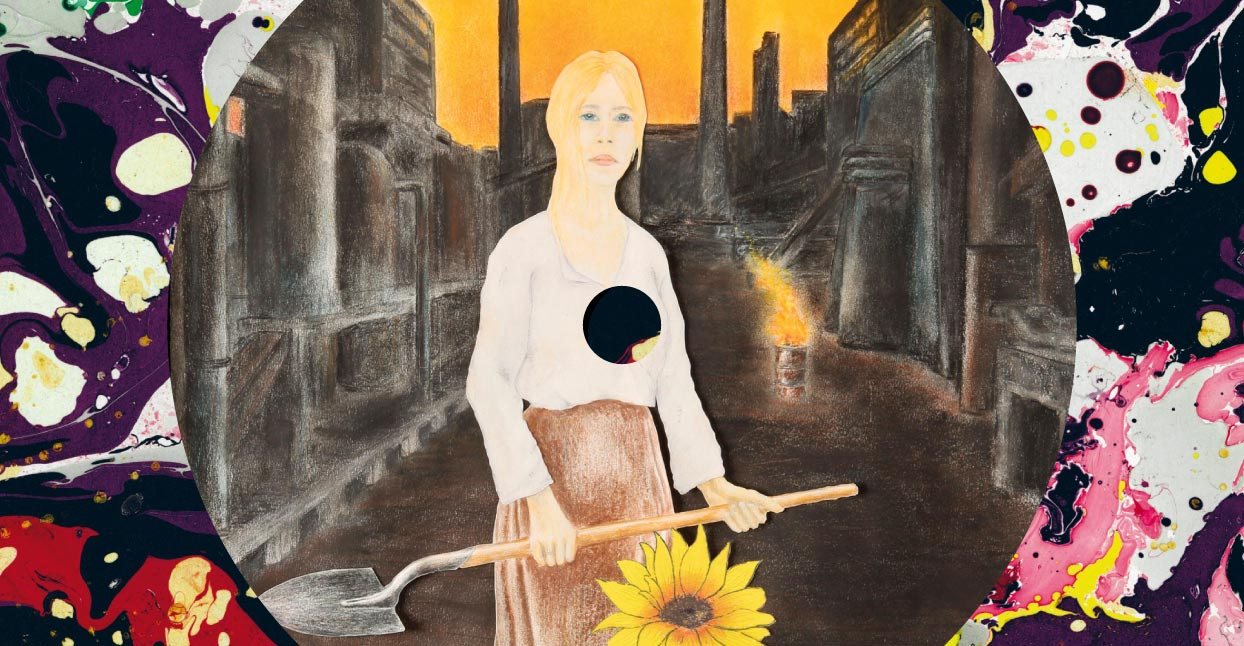 Since they began 10 years ago, Finnish label Svart has evolved from a boutique reissuer of obscure and classic metal records to one of the most accomplished reservoirs of experimental and psychedelic music in that country today. Svart’s earliest offerings were vinyl reissues of area cult bands like Callisto and Burning Saviours, but they achieved international attention when they became the adopted label-home of beloved Finnish doom metal outfit Reverend Bizarre. Soon, Svart’s curatorial MO had expanded past crate-digging to include original material showcasing up-and-coming bands, starting with the debut album by Finnish outfit Hexvessel.

“Someone told me recently that without us, Finnish bands would have a really hard time,” says Tomi Pulkki, one of the label’s two founders. “We do, however, impose strict quality control, so the number of Finnish bands on the label just proves the high quality of underground music up here,” he adds.

Svart doesn’t just cater to Finnish or metal bands. The label has worked with American, Canadian, and European artists, while also releasing albums of progressive rock, hardcore punk, techno, jazz, and more. The one constant is that all of Svart’s releases share a psychedelic or avant-garde sensibility. As Pulkki puts it, the throughline isn’t nationality or genre, it’s a sense of creative risk-taking.

“I don’t think you need to be weird to be on Svart. It is more about creativity, and the willingness to work for that creative vision,” Pulkki says. “If you believe in that vision, then the universe will slowly bend to your will, and people will listen.”

Don’t know where to start with Svart’s eccentric universe? Here are eight gems to get you started.

According to Svart founder Tomi Pulkki, the fourth full-length album by Oranssi Pazuzu, Värähtelijä, “perfectly captures the crazed creativity of the Finnish underground scene.” Their engrossing hybrid of psychedelic rock and black-metal represents, in his words, “a dweller between worlds,” making it the epitome of Svart’s renegade experimental ethos. Across the record, Oranssi Pazuzu channel their willingness to mix extreme metal with opaque rock styles like kosmische, the german psychedelic rock permutation of the late ‘60s and early ‘70s; the motorik beat, which typified the style, shows up all over Värähtelijä. There’s no better place to begin than with this surrealistic stunner.

No overview of the Svart discography would be complete without one relic of Finland’s metal past. Though they have since reformed, Demilich only released a single album, Nespithe, in 1993 before breaking up. Its eccentric and elongated song titles, syncopated grooves, linear songwriting, and lower-than-low vocal delivery stood out at the time; the album has earned its status of cult classic. The band made it available for free on their website for many years, earning them a rabid cult following. 20th Adversary of Emptiness presents the entirety of the band’s studio output in a single two-hour burst.

Svart’s interests extend well outside of Finland—all the way to Raleigh, North Carolina, in fact. There, obscure heavy metal duo New Light Choir craft throwbacks to classic metal that de-emphasize the most aggressive tropes of the genre in favor of gorgeous melodies, pining vocals, subtle keyboard accompaniment, and drums as brittle as autumn leaves on the sidewalk. They obviously dig Iron Maiden and Angel Witch, but instead of heavy, they sound light as a feather. “Adamantine,” taken from their album Torchlight, is as lyrically focused on the unstoppable nature of metal as Saxon’s “Denim and Leather,” but vocalist and guitarist John Niffenegger’s singing is as delicate as any song by Fairport Convention.

Svart’s releases also extend far outside of metal. Hurmos, the 2018 album by instrumental trio VIRTA, dabbles in gentle electronica and vibrant Nordic jazz. Antti Hevosmaa’s trumpet pays homage to the quietest moments of Miles Davis and Wynton Marsalis, while Heikki Selamo’s FX-driven guitar and electronic textures incorporate the pensive stretching of post-rock. Pulkki calls this group “the future of jazz,” and listening to a song like “Uni” from their latest, it’s easy to understand why; what begins as a relatively straightforward semi-electric jazz song squeals and meditates like Jesu by the end of its eight-minute runtime.

Psychedelic experimenters Death Hawks have already displayed a knack for Bowie-like metamorphosis across their four albums. Sun Future Moon, their first for Svart, is a rhythmic and folksy meditation on the darker side of life. This year’s Psychic Harmony, on the other hand, crackles with synth-driven nostalgia and yacht rock lust; “Like Lovers Do” opens with a compressed drum fill and a disco beat worthy of Giorgio Moroder—with cheaper synths—before vocalist Teemu Markkula does his best to channel Daryl Hall; the group stays in baby-making music mode for the remainder of the record. Death Hawks’ ability to radically shapeshift between records while still executing a new style with verve makes them one of the most exciting Svart releases as of late.

Beastmilk’s lone record—before changing labels and renaming themselves Grave Pleasures—smartly updates the reverb-heavy sounds of early post-punk with ridiculously punchy songwriting. Climax may be the most compulsively listenable record in Svart’s catalog. Vocalist Mat McNerney of Hexvessel, a U.K. expat with a black metal pedigree, sounds sinister and lascivious—“an innocent kiss turns to lust, I’ve got a genocidal crush,” he belts in standout “Genocidal Crush.” With a Cold War espionage theme ripped from the pages of a John le Carré novel, Climax never devolves into rote recapitulation of its obvious influences.

Trees of Eternity
Hour of the Nightingale

Trees of Eternity’s sole album succeeds largely based on a series of stunning vocal performances by Aleah Stanbridge, who regrettably passed away before the album’s release. Her partner and bandmate Juha Raivio continued to work with Stanbridge’s compositions and lyrics in the band Hallatar—also on Svart—but the elegiac tone on Hour of the Nightingale can’t be duplicated. On songs like “Broken Mirror,” her performances escalate from hushed near-mic crooning on the verses to moaning chorus befitting the gothic doom metal tradition that the band operates in. Nick Holmes of Paradise Lost, the originator of the genre, duets with her on the funereal 10-minute closing track “Gallows Bird.”

Kimi Kärki
Eye for an Eye

Svart Records would not be the label it is today without the work of Finland’s doom institution Reverend Bizarre; it’s only fitting that an overview of their output end with a solo release by that band’s founding guitarist Kimi Kärki. His solo work, though, eschews Sabbathian riffage in favor of delicate folk in the tradition of Leonard Cohen. Orchestra backing and nylon strings give Eye for an Eye both warmth and intimacy, even as his lyrics evoke pre-Christian storytelling.