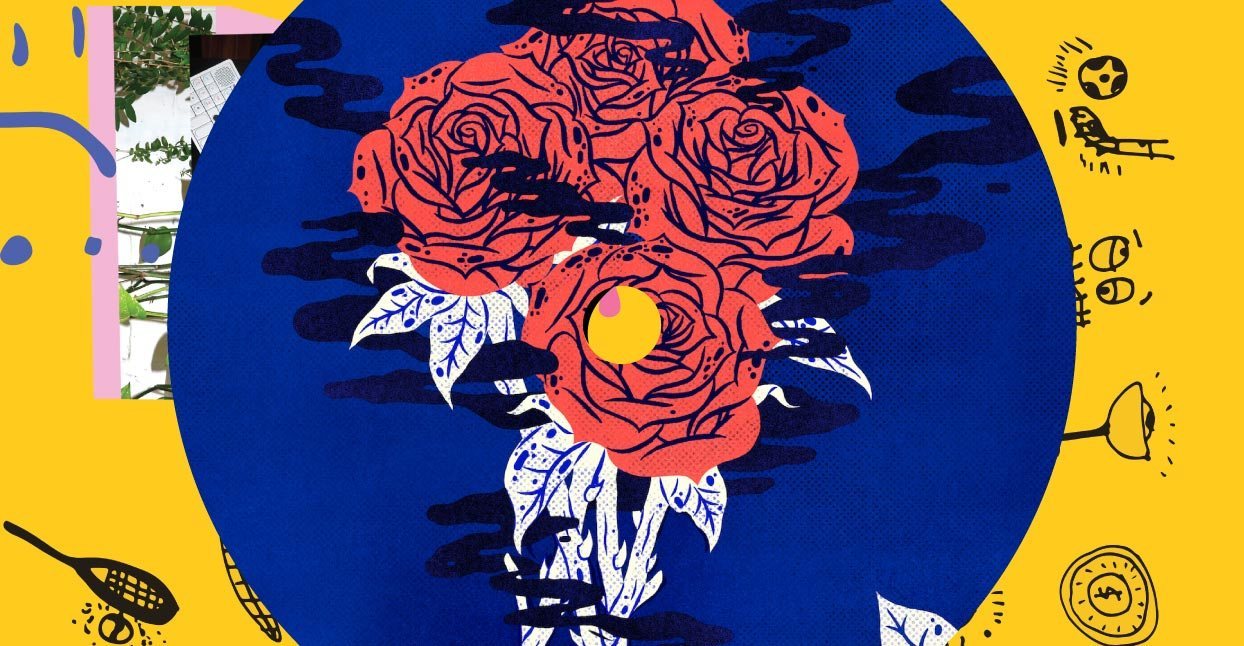 “It’s a funny little position to be in as both a label owner and artist,” says Nina Agzarian, aka Nina Las Vegas, from her home base in Sydney. That “funny little position” is that her label, NLV Records, is currently having a very busy and productive season, with new releases, signees, and tour announcements seemingly every week. From its early days when it was focused primarily on Australian club music, the label has spent the last year or so branching out in new directions and new sounds, supported by a growing core of artists. Agzarian’s approach to running a label is clearly reflective of her breadth of experience in radio (she used to work at Australia’s youth-focused radio station Triple J), as her own artist, and someone who just clearly enjoys dance music—and wants to push it further.

The label was founded in 2015 by Agzarian after leaving Triple J, starting with the core roster of Australian club producers Air Max ’97, Strict Face, Swick, Lewis CanCut—and, of course, Nina Las Vegas herself. Its artists and releases have been a staple of popular dance radio shows like BBC Radio 1’s Diplo and Friends and Anna Lunoe’s HYPERHOUSE on Apple Beats 1. Describing the label’s original core sound, Agzarian says, “We make wild, fun stuff.”

Since then, the sound has diversified—the signature electronic wiggles and pops are still there, but they’re now accompanied by more vocals and more melody. New signee Ninajirachi is more classic pop-electronica. Kota Banks is a straight-up pop act, albeit with dance leanings. “The quintessential Kota Banks song would probably be ‘I’m It,’” says Banks, describing her sound and approach. “It’s very sassy and confident and cocky. Kota Banks stems from an alter ego of mine—a character. She’s confident when I’m super shy… I’m excited by the club music scene and dance music scene and bringing that to the world stage. I don’t hear that much pop music influenced by the club scene, so it’s really great for me to do something different.”

Nina Las Vegas’s own new EP kicks off with “Lucky Girl,” a quiet and contemplative track more suitable for the end-of-night cab ride home than the midnight dancefloor. “‘Lucky Girl’ was such a personal track. I wrote it in a day and it was one of those beautiful moments,” Agzarian says. “I was really proud of myself! I was like ‘Oh wow, I really want to hear this. I want to listen to this!’ And I did listen to it over and over. Swick came over and helped me fix the bass up and put some drums in, but the melody and vocals are all demos I fell in love with straight away. Those moments can’t happen until you really know the kind of artist you are. I don’t want to make music for everyone else—I want to make music that I can play out.”

UNIIQU3 makes club music—but in the style of New Jersey, not Sydney. Her new EP Phase 3 features something we’ve never heard from her before: singing. UNIIQU3 credits her label boss for bring that new aspect of her work forward. “Nina has been the one to push me and put my vocals on the tracks, because she says I have such a good voice,” she says. “I called [the EP] Phase 3 because that’s where I felt like that’s where I needed to get to in life. Being a DJ, being a woman, being a black woman—I felt like I needed to find myself… It’s all about confidence. I’m learning how to be comfortable with myself and not second guess myself. It’s different kinds of confidence that nightlife helped me gain, and other girls can relate to that, too—wearing whatever they want in the club, a space for body positivity. I always felt like nightlife is: the louder you are, the louder you are playing a song, the better. The more extra the look is, the better. There’s no rules, and it’s very carefree. That’s what this project is about. Being confident and carefree.”

Though it has embraced pop sounds, NLV Records doesn’t plan on abandoning its club roots any time soon. “I really believe we should have diversity in the label, but also specificity,” Agzarian notes. “I was noticing that in America and Europe, a lot of amazing [dance] producers were making amazing pop songs. I kept looking in Australia, and I kept trying to find voices for the guys and girls making music. [I realized] I can help create pop songs, because I have the best catalog of collaborators ever. I wanted to move forward and be progressive.”

Agzarian’s nuanced understanding of how genre may guide her definition of success also helps guide her to provide the kind of support that helps to facilitate a sense of community for her label. “What you do need as an artist is support,” she says. “There’s little things that you can’t get with just being [on a] major [label]… I took a bunch of those moments and worked out what I would want and built that. I want people to share each other’s tracks. We gotta be our own hype men.”

NLV Records represents the idea that dance music should be made by people who understand dance music and for those that like dance music, in all its forms. Its sound is reflective of its founder—someone who knows what it means to be both an artist as well as a businesswoman. “Everytime I play, I play more and more of the music that I make and I release,” Agzarian says. I’m starting to become an artist known for that. My sets are becoming easier to create. I have all the songs. I’ve worked so hard to become the artist and label boss and curator, but now I can play an hour of all NLV Records stuff, and it feels so great.”