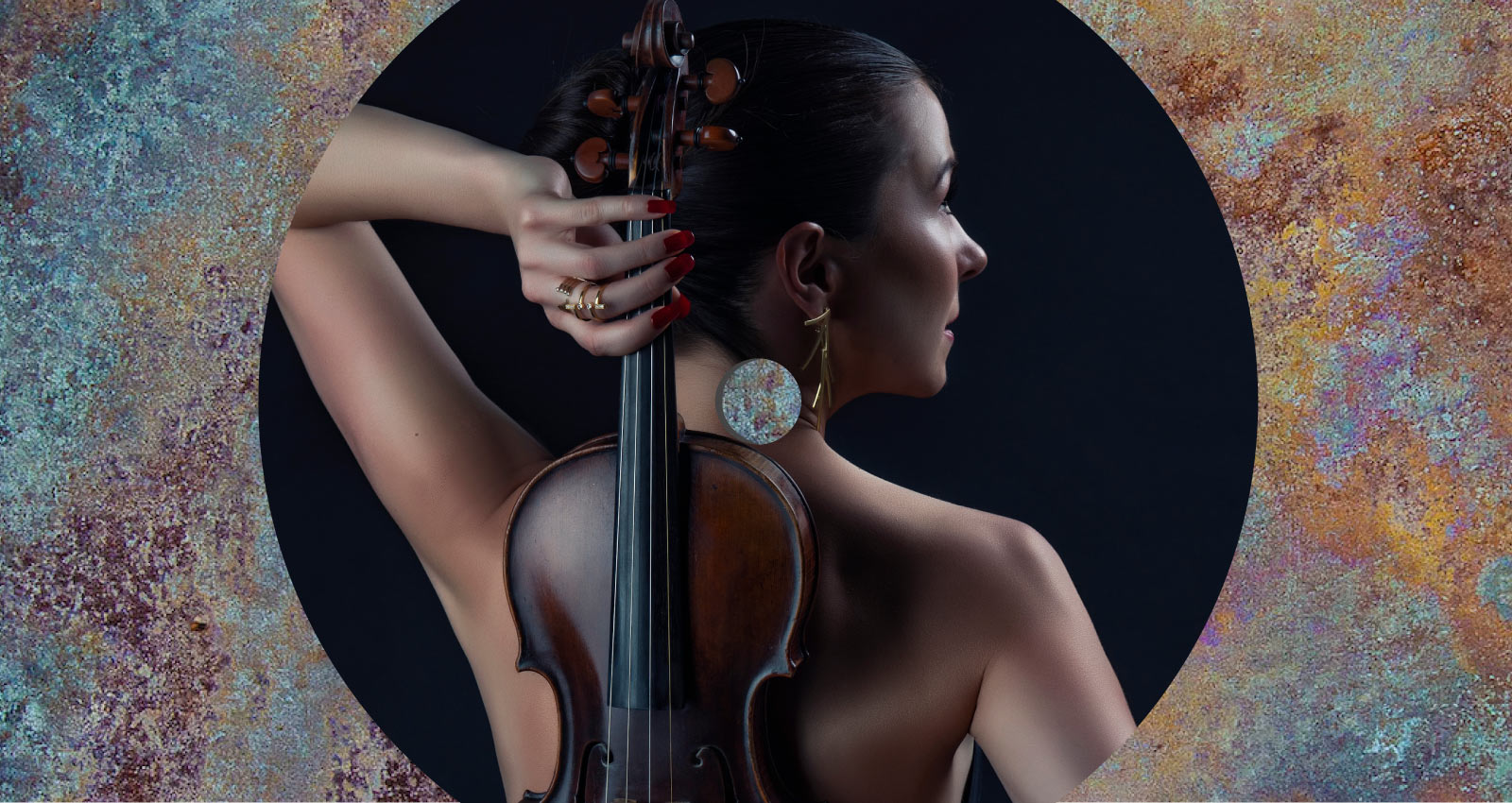 The New Focus Recordings catalog is a who’s who of modern composed and improvised music. Since its founding by guitarist Dan Lippel and composer Peter Gilbert in 2004, the label has released approximately 300 albums, representing everything from no-wave-style electric guitar quartets to reimagined recordings of romantic-era composers, electroacoustic experimentations to contemporary classical compositions. These days, New Focus adds a new album nearly every week under its main archive, or on one of its many sub-labels. “It really is about freedom to make the project you want to make,” says Lippel. “I don’t really buy into the idea that a label’s identity or brand would be tied necessarily to genre or style […] if it feels sincere, it feels genuine to me. I want the label to be a space for that kind of work.”

New Focus was born out of a desire to publish the first recordings of composed or improvised music, and from the beginning, it’s been a collaborative effort. The first album released on the label, Lippel’s Resonance, was engineered by Ryan Streber, a composer and audio engineer who now owns Oktaven Audio in Mount Vernon, New York. The two first met in 2003 when Lippel was part of a group, Flexible Music, that played one of Streber’s pieces.

“We found that we were kindred spirits on a lot of things having to do with what recordings mean to us and level of attention to detail and care and investing time and making things right,” Streber says.

Before Streber had his own studio space, the pair would record together at random locations in New York, or at Streber’s family home on Long Island. Streber remembers setting up a booth in the house’s living room while Lippel played in the basement. “In a real way, I don’t think I would be doing what I do now were it not for meeting Dan and the way that we grew together,” Streber says.

Streber has continued to mix, master, and engineer records for New Focus over the years, including notable projects like flutist Claire Chase’s Aliento. The 2009 recording highlights six new works by six composers with very different sounds: Nathan Davis opens the album with a meditative mystery, Dai Fujikura enters with an arresting screech, and Du Yun closes with frenetic, unrelenting air.

Though many of Lippel and Streber’s longest collaborations were born through shared involvement in the International Contemporary Ensemble and Flexible Music, Streber also recommends unaffiliated artists he’s recorded to reach out to New Focus. One of those artists was violist Georgina Isabel Rossi, whose riveting 2020 album, Mobili: Music for Viola and Piano from Chile, gives a snapshot of music by a range of Chilean composers. Recorded with pianist Silvie Cheng, the album unites different musical textures, from contemplative melodies to modernist dissonance, shining a spotlight on the sound of Chilean composition.

While most New Focus albums present the first recordings of new compositions, some reimagine often-recorded pieces from the classical canon in new ways. One example is pianist Jacob Greenberg and soprano Tony Arnold’s 2018 album, Hanging Gardens—one of Streber’s standouts from the label’s catalog. The double album puts two historically opposing schools of thought side-by-side—the sweeping impressionism of Claude Debussy and the rigorous dissonance of Alban Berg, Anton Webern, and Arnold Schoenberg—and seeks to find the common ground between the two. More recently, Spektral Quartet’s 2020 double album, Experiments in Living, pairs modern works by artists like experimental vocalist Charmaine Lee with 19th century composer Johannes Brahms. That concept alone is a revamp, but the Chicago-based ensemble took it one step further by including a stack of intricately designed tarot cards that turn listening into a card game: Your choice of card determines what piece you’ll listen to next, not necessarily the order of the tracks.

Other recordings head into wildly different sonic territories, like electric guitarist and composer Brendon Randall-Myers’s 2020 album, dynamics of vanishing bodies. Recorded with the New York-based electric guitar quartet Dither, the album uses looped melodies and psychoacoustic effects that feel like phantom notes to explore memory and place. It’s a nonstop adventure to the pinnacle of loudness that pushes itself to the outer bounds of physicality, drawing upon Randall-Myers’ multifaceted experiences with metal bands, groups like the Glenn Branca Ensemble, and an interest in Maryanne Amacher’s psychoacoustic discoveries.

New Focus’ range is partially aided by its sublabels, like the International Contemporary Ensemble’s Tundra imprint, which has released many memorable albums born from their collaborations and projects. George Lewis’s 2014 album, The Will to Adorn, is one exceptional example. The trombonist and composer, who’s a member of the Association for the Advancement of Creative Musicians (AACM), has long been a transformative figure in electroacoustic, improvisatory, and notated music, most notably for developing interactive software to create virtual orchestras and improvisations. The Will to Adorn presents examples of his different compositional styles, moving from the haunting dissonance of the Zora Neale Hurston-inspired title track, to the sparse, flitting group improvisation of “Shadowgraph, 5” to, finally, Lewis’ poignant solo trombone. While each piece provides a different facet of Lewis’ musical style, they’re united in their unwavering commitment to exploration, whether it be somber melodies or fast-paced dissonance.

Another stunning album from the Tundra imprint is multi-instrumentalist Tyshawn Sorey and violinist Jennifer Curtis’ 2020 album, Invisible Ritual, which winds through a series of improvisations that often stem from folk inspirations. The two musicians have worked together through the International Contemporary Ensemble for years, but here, their practice is solidified into a recording. The album, which unfolds over eight tracks, combines sparse drumset tingles with plucky violin melodies and the occasional chaotic piano, weaving between spur-of-the-moment melodies with ease.

Other sub-labels, like Olde Focus Recordings, provide a home for first recordings of music by obscure composers from the 16th and 17th centuries that would otherwise be lost to time. Olde Focus is led by cellist Kivie Cahn-Lipman and it has released 19 albums since its founding. “Just like New Focus, it’s music that hasn’t been recorded before, it’s just that this stuff is old,” says Cahn-Lipman.

Cahn-Lipman and Lippel have known each other since they met 20 years ago at the Aspen Summer Music Institute, where they played music by the French composer Marin Marais (1656-1728), who Cahn-Lipman had discovered while watching the 1991 film, Tous le Matins du Monde. That film sparked his interest in music from the 16th and 17th centuries, leading him to eventually learn how to play the viola da gamba and to hunt for composers whose work has been lost to history. One of them was Giovanni Valentini, once a musical leader for the Holy Roman Empire. ACRONYM, Cahn-Lipman’s early music ensemble, has released two recordings of Valentini’s work on Olde Focus. Cahn-Lipman also recalls another recent favorite album, ACRONYM’s Cantica Obsoleta, which presents the only surviving work by the composer Caterina Giani. “We […] brought her back to life. She’s a good composer, and I wish we had more of her music. So that felt really special,” he says.

Electroacoustic music gets its own New Focus spotlight through an ongoing series from the Society for Electroacoustic Music in the United States (SEAMUS). SEAMUS has a long history of commissioning and presenting electroacoustic music, and over the past 30 years, they’ve been slowly but surely releasing their entire archive. Their most recent compilation, Music From SEAMUS, Vol. 29, showcases a wide variety of sounds, from Elliott Lupp’s screeching “Hinge” to Nicole L. Carroll’s groovy “Orrery Arcana” to Per Bloland’s pummeling “Los murmullitos.”

“It can be pretty radical, how different one piece sounds from another on the same CD,” says Scott Miller, the former President of SEAMUS and current Director of Recording for the organization. “That becomes, for me, this interesting artistic challenge.”

The London-based composer Dai Fujikura also runs a New Focus sublabel, Minabel Records, which was born out of the passion for recording, mixing, and mastering that he’d cultivated since he was young. But it wasn’t until he met Lippel through the International Contemporary Ensemble that he found the inspiration to begin putting his already-made recordings out into the public. Lippel’s “American spirit” inspired him to embrace the DIY method of releasing music—don’t wait for a big label to knock on your door, just release what you have when you have it, and release it with friends you trust. He’s released ten albums on Minabel, and is working on his eleventh.

While New Focus’ output has clearly grown since the early days, it’s still a modest operation. Lippel works with guitarist and composer Marc Wolf, who helps with administrative work and contributes album art for many of the albums released on the label, and guitarist Neil Beckmann, who provides administrative assistance with social media posts and pre-release preparation. The three have always worked remotely.

“I think it’s pretty amazing, just like the scope of things we’re able to put out, everything within New Focus and its imprints,” Beckmann says. “I think it all makes sense within itself, but there is a pretty broad range of the types of music that we put out. So it’s really fascinating just to be introduced to all these artists that I might not necessarily have known of.”

One of those artists was the pianist and composer Nomi Epstein, whose 2020 album, sounds, flows through delicate meditations, focusing on how silence is often its own music. He also recalled getting into the work of the composer Zosha di Castri, who he’d heard of while living in New York but hadn’t deeply explored, through his job at New Focus. Her 2019 debut album, Tachitipo, features a series of pieces she wrote between 2010 and 2019, each taking loose inspiration from a specific source, like the manual typewriter or the imminent planetary destruction caused by climate change. These inspirations filter through her abstract visions, often creating frantic textures and the feeling of unbridled spontaneity.

In looking at New Focus’ full archive from the past 17 years, the range of styles is truly impressive, exemplifying the possibilities of both instrumentation and compositional style. Much of the music that’s preserved on New Focus is music that may have only been heard one night at a live premiere, in one city at a time. Now, it lives on.

“For a musician, everything we do is so ephemeral,” Lippel says. “This is sort of cliché, but recording is our architecture, it’s a chance to freeze this thing and make something that actually has an enduring, concrete value. And that’s definitely something that I feel really passionate about.”