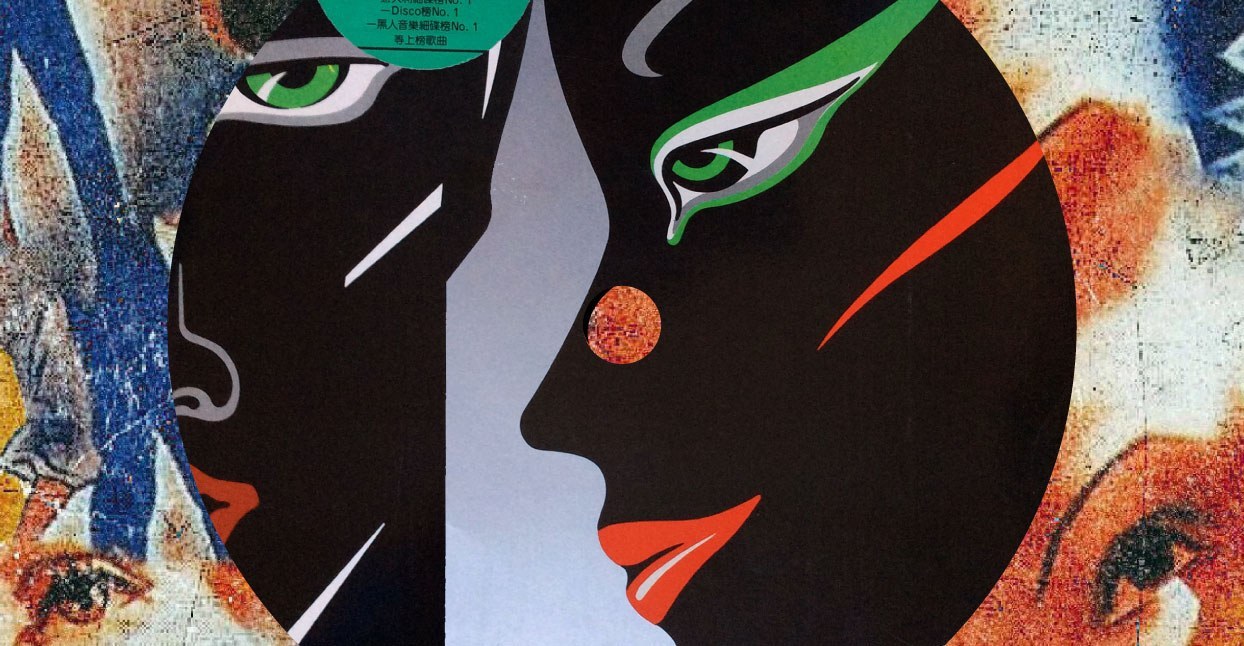 The recent resurgence of the underground boom-bap sound in hip-hop has happened in conjunction with the rise of three European indie labels: Tuff Kong Records in Rome, and two London-based labels, Daupe! Media and Gourmet Deluxxx. For the last few years, these imprints have been turning out an endless stream of releases from the top tier of boom-bap’s new wave, including artists like Westside Gunn & Conway, CRIMEAPPLE, Hus Kingpin, and Vic Spencer. But while Daupe! and Tuff Kong focus mainly on vinyl, Gourmet Deluxxx noticed that there was a demand for CDs that wasn’t being met, so they stepped in to fill the void.

The label is the brainchild of an MC and businessman who goes by the alias Da Flyy Hooligan. Born Emmanuel Bridi, the British musician started his music career as a rapper named Iron Braydz, and was one half of the conscious hip-hop duo Blind Alphabetz. The pair went their separate ways after their debut album Luvolution in 2007, but Hooligan was soon inducted into the highly respected London collective Triple Darkness. Gourmet Deluxxx was launched in the summer of 2017, and although it has issued 30+ projects from a diverse array of artists, it was started as a way to release Bridi’s debut LP under the name Da Flyy Hooligan. The young entrepreneur had initially wanted to release the record through Daupe!, but the label’s owner The Purist, encouraged Hooli to go the independent route. He told him, “Yeah, I could [release your album] but I’d rather see you do it for yourself.”

The name Gourmet Deluxxx was chosen to convey the idea that the imprint is dedicated to releasing strictly top shelf hip-hop. As Hooligan puts it, “[It’s] another way to say best of the best.” The name deliberately conjures up images of a five-course meal at a Michelin Star restaurant—without hearing a note, it’s clear that this is music for people with discerning taste. “We decided from the get go, it’s all about the quality we bring,” Hooli says. “Whether it’s the product or the customer service, we have to hold that pinnacle.”

Another factor that has helped cement the label’s reputation is the design of its distinctive discs and packaging. Early on, Hooli brought in a graphic designer going by the name NCL-TM (pronounced Uncle Tim) to handle the look of Gourmet Deluxxx releases. Hooli explains, “NCL-TM got involved, and that’s my right-hand man. That’s my comrade. He came with a fresh idea of how to present our work.” That “fresh idea” was to make the CDs look like vinyl, and to give them their own name: VCDs (“Vinyl CDs”). The face of the discs not only resemble wax, they even have grooves, like real wax. What’s more, the company spurned digipacks in favor of sleeves that are designed to look and feel like mini record jackets.

“[Hooligan] just wanted a digipack,” says NCL-TM. “But I said to him, ‘Don’t do it, man. That’ll just get lost in the crowd.’” It’s true—their VCDs stand out. By filling a hole in the market and providing unmistakable, high-quality product, Gourmet Deluxxx has established its releases as must-haves for new wave boom-bap connoisseurs.

This is Bridi’s first album as Da Flyy Hooligan, and the reason he set up Gourmet Deluxxx in the first place. Moreover, Ray Winstone is where the name “Gourmet Deluxxx” first appeared—it’s the title of the second track. DFH exhibits an exuberant flow throughout this nine-track album, and his brash rapping is a deliberate departure from the laid-back, conscious bars he used to kick as Iron Braydz. What has remained the same are the jazzy, boom-bap beats he threads his luxury lyrics across—the echoing horns and sluggish vibraphone on “Mochino” being a prime example. Gourmet Deluxxx’s motto is “The Home of Gourmet Rap.” This was the LP that defines exactly what that means.

While Big Ghost releases all his albums on vinyl and tape through Daupe!, the enigmatic producer was looking for a label who would release his projects on CD. And though Bridi started his company as a way to release his own projects, he couldn’t turn down Ghost when he reached out in the hopes of releasing Cocaine Beach as a VCD. The effort is widely considered Hus Kingpin’s best work to date, and it once again demonstrates Ghost’s ability to bring the best out of the game’s flyest. “I came across Da Flyy Hooligan through Hus,” Ghost says. “Hus is that dude when it comes to discovering some dope shit that happens to be wild under the radar. One thing led to another, and next thing you know, I was ordering the Ray Winstone and FYLPM tapes and CDs without even listening to either one of ‘em. I was sold just off the aesthetics. After he caught wind that I had bigged up his projects on Instagram, he reached out to show his gratitude. But I was like, ‘Yooo, we gotta work.’ Which is how the Cocaine Beach drop ended up happening.”

Big Ghost’s second release with North West London imprint was his collab album with Vic Spencer. This led to Vic building a relationship with the label himself, and partnering with them to drop a collection of heaters titled Duffle of Gems. The project pits Vic’s wild antics on the mic over the smoothest of smooth soul loops. Like Big Ghost, the Chicago vet also releases his vinyl and tapes with Daupe!, but he dropped the Duffle of Gems VCD with Gourmet Deluxxx before any other format was released. What’s more, the cover and its three variants were all designed by NCL-TM. As for why he went with Gourmet, Vic says, “They take pride in their details. The packaging, the sleeve, the stickers—everything about GDxxx stands out. They are the epitome of the compact disc, and I don’t say that lightly.”

The late Sean Price was a mentor to many up-and-coming MCs but none more so than the duo Da Villins. Comprised of Rim Da Villin and Villin P, Da Villins were Price’s true proteges. Over the last few years, Rim has taken center stage, releasing a trio of well-received solo albums: Ugandan Lunch Meat, KeeP! It Ville, and Dead On Arrival. D.O.A. is entirely produced by a relative unknown who goes by the name of StainlessArt, and provides Rim with exactly the kind of mellow bangers perfectly suited to his rhyme style. Check out the standout track “Burnt Spoons” for an idea of what to expect throughout. The pairing of moody violins and street life tales is sure to thrill fans of hardcore hip-hop. As for how the album ended up on Gourmet Deluxxx, Bridi says, “[Sean] P was like my big brother, and P was also like Rim’s big brother. So he’s my brother now.”

Although Hooligan had initially reached out to NCL for help with graphics, he soon discovered that the artist considers himself a producer first and foremost. And rightfully so—he’s a compulsive crate-digger with a golden ear. Night was his debut release on Gourmet Deluxxx, and it was also the first drop to be adorned with one of his signature retro covers. This 20-track beat tape displays his broad range—everything from moody, almost ambient soundscapes to smoky, sample-driven jazz—and it quickly caught the attention of boom-bap scene tastemakers like Chong Wizard, DJ Eclipse, and DJ Julian Ramirez (Soul Assassins Radio). Soon, he was landing beats on albums by underground champs like Rome Streetz, Estee Nack, and Kincee. It’s hard to imagine any rapper not being inspired to scribble out a page of rhymes after listening to the diverse array of beats on Night.

Nebraska rapper Sleep Sinatra is one of the most underrated wordsmiths in new wave of boom-bap. His intricate wordplay and deeply personal content make him a threat to any rappers faking the funk. Sources of Nature is Sleep’s second release with Gourmet Deluxxx, and it builds upon the momentum he sparked with his previous release for the label, [D]Arkangel. The beats here are handled by TCOR (The Custodian of Records), who is known for his relaxed soundscapes. He delivers buttery joint after buttery joint on S.O.N.—all of them in the crackly, noir-ish boom-bap vein—and Sinatra responds in kind. Unlike many of the artists that have dropped VCDs through Gourmet, Sleep actually knew DFH back in the Triple Darkness days. As he says, “Back when he went by Iron Braydz, we had collaborated on a joint. It’s been dope to witness his growth.”

Another aspect of Gourmet Deluxxx’s catalog that deserves mention are the label’s cassette releases. In rare instances, Gourmet Deluxxx will drop an album exclusively in this format, as long as Hooli and NCL deem it worthy. They would always rather release their records on both CD and tape, but sometimes an artist will bring them an exceptional album they’ve already released on CD themselves, so Gourmet Deluxxx has to pursue another option. Jamal Gasol’s True Stories is one of those cases. The Niagara Falls-based MC quickly made his mark in the underground by proving himself a consummate hustler. He netted buzz up by dropping half a dozen projects over the course of the last year, but he still needed to lock in deals for a physical release. True Stories wasn’t a hard sell; with his thick, commanding rhyme style and a batch of druggy, woozy beats from producers like Camoflauge Monk, sadhugold, and Vinyl Villain, Gasol was clearly at the top of his game.

After the artistic success of their collaborative cut “Velvet Cake” on Hooligan’s FYLPM album, it was clear to the label’s head and its designer that they needed to work on a full project together. The Michelin EP is not only a subtle nod to the label’s name, it also is a reference to the fact that NCL is a former Michelin rated chef. Despite that accomplishment, NCL is relieved that he’s transitioned from whipping up exquisite dishes to cooking up soulful tracks. “[That industry] is crazy…it’s brutal,” he says. “The people who were running the restaurant were shady types, and they got into some financial trouble, and they just had to let go of all their businesses. So, I was just out of a job. […] But at least now I’ve got the skills under my belt. It’s just a total coincidence. Hooli loves that shit ‘cause he loves his fly shit. For me, I’m glad I know how to do a lobster thermidor, but I’m so pleased I’m out of that ‘cause it was bruuuuutal.” For his part, DFH flexes his knowledge of culinary delights alongside gritty reality raps on songs such as “Grilled Portobello Salad,” Pumpkin Cheese Cake,” and “Lemon Distillation.”