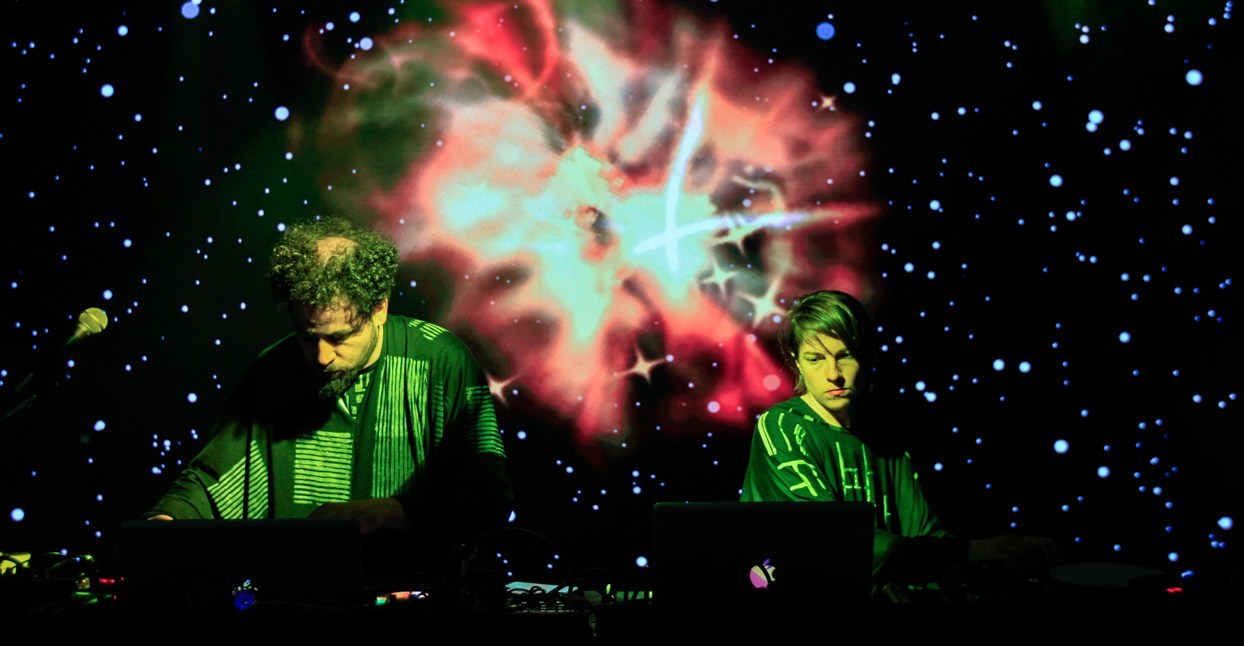 An ancestral genre called “canto con caja”—song with handheld drum—is currently traveling the world, as reimagined by the ears and hearts of a collective of Argentinean electronic DJs and producers.

The road to canto con caja’s contemporary moment, though, begins in the 1940s. Leda Valladares, an adventurous jazz and folk singer, poet, composer, philosophy teacher, and Argentine musicologist rediscovered canto con caja and other non-urban styles of folk music that were fast fading from Argentine consciousness. Tape recorder in hand, Valladares traversed the remote northern parts of the land for the better part of six decades, collecting songs by pastors, farmers, and peasants, which were often used in conjunction with rites and celebrations. These songs with marked indigenous roots, which she defined as “… born in the gut and solar plexus, completely opposed to songs created in the head…[they are] guttural explosions that expand in fullness.”

Before she turned 20, Valladares had already formed her first band, calling it FIJOS—a word which means “firm, unswerving, dedicated,” but was also an acronym for Folklorist, Intuitive, Jazzistic, Original, and Surrealist. These terms could just as easily describe the electronic versions of the songs she preserved from these remote rural areas, as recreated by the label Fértil Discos.

Founded in 2014 by Andrés Schteingart, aka El Remolón, Fértil functions as a cooperative network of Argentine DJs and producers through which musicians can disseminate their music and exchange ideas, exploring new mixtures of electronic and folkloric music that Schteingart calls “organic electronic.” Their collective process involves fair and humane business decision-making—which can be challenging, says Schteingart, saying with a laugh that the collective’s members are more artists than businesspeople.

The label’s current permanent members, besides El Remolón, are Jin Yerei, Pol Nada, Barda, and San Ignacio; the label has also hosted works by several Argentinean and Latin American artists. They’ve collaborated with one of the early pioneers of the Andean organic electronic scene, Chancha via Circuito, who is also one of the early adopters of incorporating canto con caja into his own work through the vocals of Miriam Garcia, a disciple of Valladares’s and the foremost living practitioner of the art.

After publishing more than 20 records, and completing a musical journey of almost three years, Fértil’s latest project, El Camino de Leda (“Leda’s Journey,” co-produced with Barcelona’s Folclore Records) has been released. El Camino de Leda shares 12 new versions of songs compiled by Valladares, created by producers accompanied by different female vocalists. The project is a who’s who of the Argentinean organic electronic scene; it involves musicians and singers from the collective, as well as established DJs and producers such as Chancha Via Circuito, Tremor, and King Coya, and accomplished vocalists such as Soema Montenegro and La Charo (Tonolec).

Although canta con caja can be sung in solitude, Schteingart says that it’s also often sung in the round in community, and functions to bring people together in ancestral and tribal encounters, which aligns the art form with current “New Age” trends, due to its purported meditative/trance-inducing properties.

The spirit of community also guided the creation of El Camino de Leda, explains Schteingart, who was the artistic curator and producer of the album. It’s the culmination of an intense learning process for its contributors that involved two months of in-person sessions of canto con caja lessons with Miriam Garcia. These sessions were followed by studio work, where the song choices from Valladares’s catalog and the diverse duos performing them came together.

The canto con caja lovingly documented, collected, and taught by Valladares could be described as “ambient folk,” says producer Cecilia Gebhard, aka Barda, a member of the Fértil Discos collective who also appears on El Camino de Lida. Gebhard also notes that the vocals Leda collected were created to travel and resonate, echoing in the vast, magnificent landscapes of the Andes, and that the beauty of canto con caja is that “the voice is always expressed with openness, and modulated with the deep beats of the percussive caja, designed to fill large spaces.”

Barda also explains that canto con caja music is “in and of itself already super ambient” and describes it as a music “capable of generating new universes, inducing deep relaxation, and allowing the listener to escape the rules and routines of the city.” As the song “Cuando oigo sonar la caja” (“When I hear the caja resound”) intones, “When I hear the caja resound, I am transported, I feel like I have everything.”

El Camino de Leda also includes a few examples of other indigenous rhythms, beyond canto con caja, that Valladares collected. In the song “Las Hojas Tienen Mudanza,” Barda and vocalist Celeste Gomez Machado use a more festive rhythm called a carnavalito, and sing lyrics that focus on power and freedom. (Schteingart says wryly of the mix of styles on the record, “We sometimes call it ‘ancestronica’—sarcastically—or ‘Leda trap.’”) Fértil Discos’ organic electronic philosophy means that indigenous Andean instrumentation appears throughout the record, such as the charango (a small Andean guitar, traditionally made from an armadillo shell), the quena (Andean flute), and percussive seed pod shakers, with the goal of creating a new language for the dancefloor.

Many of Fértil’s members, past and present, were or are also a part of ZZK Records; they became involved in Fértil as the result of a need to explore more specific and particular interests that were a bit more “chill” than ZZK’s vibrant aesthetic. Fértil’s two Electrónica Orgánica compilations, Día (“Day”) and Noche (“Night”), offer examples.

Above all, the members of Fértil are interested in creating a “new mestizo sound,” combining music from different parts of the world with a South American accent. Schteingart describes Fértil’s mission as purposefully “non-commercial, composed to avoid the repetitiveness of certain patterns for the dancefloor, and although not overtly political, its content intends to carry a message and make a statement.”

This purpose is a natural fit with Valladares’s legacy, says Schteingart—both seek to rescue and recover lost music, and help it reach a new audience. As he puts it, “We […] search for music that is outside of commercial circuits [and can relate to the idea of] taking a recorder to the middle of the Andes, looking for hidden lost gems—although electronic producers do it mostly online. But it’s an attitude.”

And that’s only the first step. Schteingart says that Fértil Discos’ members consider themselves a bridge from Valladares’s work to future generations, and are already planning the remixes of their organic electronic versions of her work.