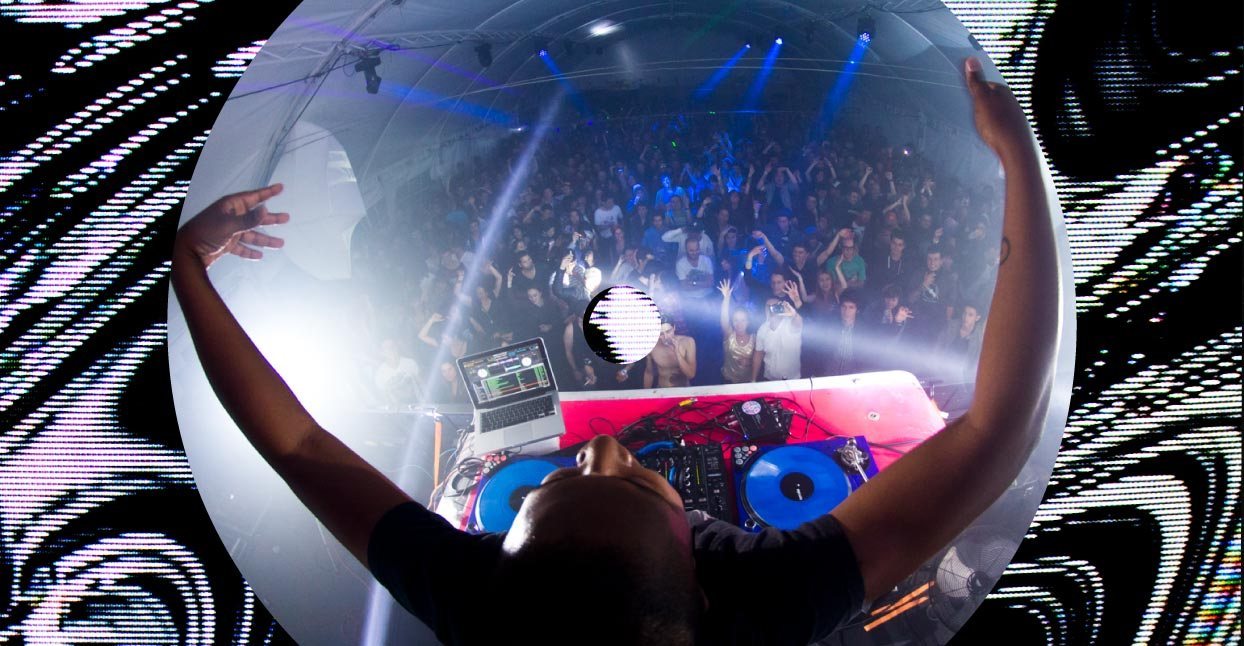 “The plan was to become a techno DJ,” says Jairo Vargas, co-founder of Bogotá’s longest-standing drum & bass event and label RE.SET. “I came back from New York with five hundred LPs, and had every intention to learn to mix and do just that.”

That was 20 years ago. Vargas was just 21 years old, and had spent his childhood growing up both in Colombia and the United States. His plans to DJ, however, went awry. “When I came back, my friends had already learned to mix, and were asking to buy my records. How could I say no? There was no online store and very few record shops. I couldn’t be greedy, so I sold most of the 12”s I’d bought in weeks!”

Within months, he was back in New York, buying more black gold. He and a friend set up a shop, Phono Lab, in Colombia’s nightlife quarter the Zona Rosa. It went on to become Bogotá’s largest and most influential record store for over a decade, selling all genres of electronic music and DJ kits. “It gave us a chance to meet people from different scenes,” explains Vargas. “We were supporting the local scene, connecting people with our events.”

Phono Lab began holding those events in 1999, in partnership with local rave legends the Techsound crew. Primarily techno parties, the idea was to bring Bogotá’s talented artists together and put the Colombian capital on the techno map with international bookings. But there was another style Vargas was keen to develop in his city: drum & bass. At the time, the sound was still very much UK-oriented; but early signs of its current global status were evident—especially in Sao Paulo, where the scene was beginning to make epic world movements.

“Drum & bass didn’t fit in with the style of Techsound, but we knew the city wanted it. So myself and DJ Sebass, who is now known as Colombia’s drum & bass Godfather, set up RE.SET,” says Vargas. This was 2006, but they’d already been testing the waters with smaller D&B events a few years prior. “There were a few nights here for the sound, but no one was doing it seriously, with professional production and international acts.”

The main issue for Vargas and Sebass was getting the attention of European artists. “It was like, ‘Who the fuck are you guys? What does Colombia know about drum & bass?’” laughs Vargas. But he was confident that when DJs did come to the events, they would return home and spread the word. The first international drum & bass DJs to take up the offer were Silver (a member of prominent UK trio North Base), and a member of the UK act Drumsound. Vargas was right; word began to spread.

“Everyone sees how grateful the crowd is!” he exclaims. “We appreciate every DJ who comes over. The crowd in Europe are spoiled; they have incredible parties every weekend, with shitloads of amazing DJs. We don’t. It’s still a big deal when people come over. Everyone supports it. They leave their sweat, blood, and tears on the dancefloor. DJs to this day come away from the show like, ‘Wow, I haven’t felt this energy from a dancefloor for a while!’”

Recently, RE.SET have begun showcasing Bogotá’s national talent. Having spent several years gradually developing a crew of local acts, Vargas and Sebass are now joined by local jungle DJ Xue, French/Colombian artist Unreal Project, New York-based Semitone, and Brain (who Vargas describes as, “Colombia’s most talented producer right now”). Together, they run RE.SET AUDIO, the brand’s latest maneuver onto the global bass stage. Established in 2016, the label both successfully translates the spirit of parties and captures the essence of the genre in the city.

“We wanted to represent the Colombian vibe, the Bogotá vibe, music that people here can relate to,” explains Vargas who is quick to salute the artists who run the label day-to-day while he remains manning the brand’s events. He also collaborates on other events around the city such as local talent nights 6BASS, soundsystem culture championing events Dub To Jungle and Colombia’s annual Radikal Styles Festival. “Bogotá is a monster. Over 10 million people live here. There’s a lot of chaos, a lot of pollution. The music reflects the feeling we have here.”

Now 13 releases deep, the label’s gritty, sinewy tech funk reflects the city’s urban intensity and hectic pace, while complementing the drum & bass sound globally. “There’s so much stuff coming,” Vargas says. “The guys have the label on complete lockdown with many of their own big projects and more of a balance with international acts. The first thing we wanted from day one was to support local producers. Now, we’re branching out into more international signings, which helps to expose the music that’s happening here on a much wider platform.”

The label’s second release of 2019 did just that. Brain’s heavily supported “Indignant” was remixed by a full international cast, including U.K’s Wreckless, Spain’s Montesco, and Finland’s Ivoree. The RE.SET parties remain another key springboard exposing national talent to international artists, as Vargas lists—off the record—the heavyweights he’s invited to Bogotá later this year. “It just keeps getting better and better,” Vargas says once again. “We’ve been doing this for a long time, but it still feels like it did when we began. We’re all still super inspired and the plans we have for the future are unreal.”

Vargas speaks with the enthusiasm and confidence of a man whose endeavors keep getting better and better. More than you’d expect from a man who originally set out to be a techno DJ. “People ask me about this all the time!” he laughs. “I’ll never become a DJ. My path was set in a different direction; I am still contributing to the culture I love, but can focus on purely being a promoter and making sure RE.SET is as strong as it can be, and that we continue have a unique reputation around the world.”