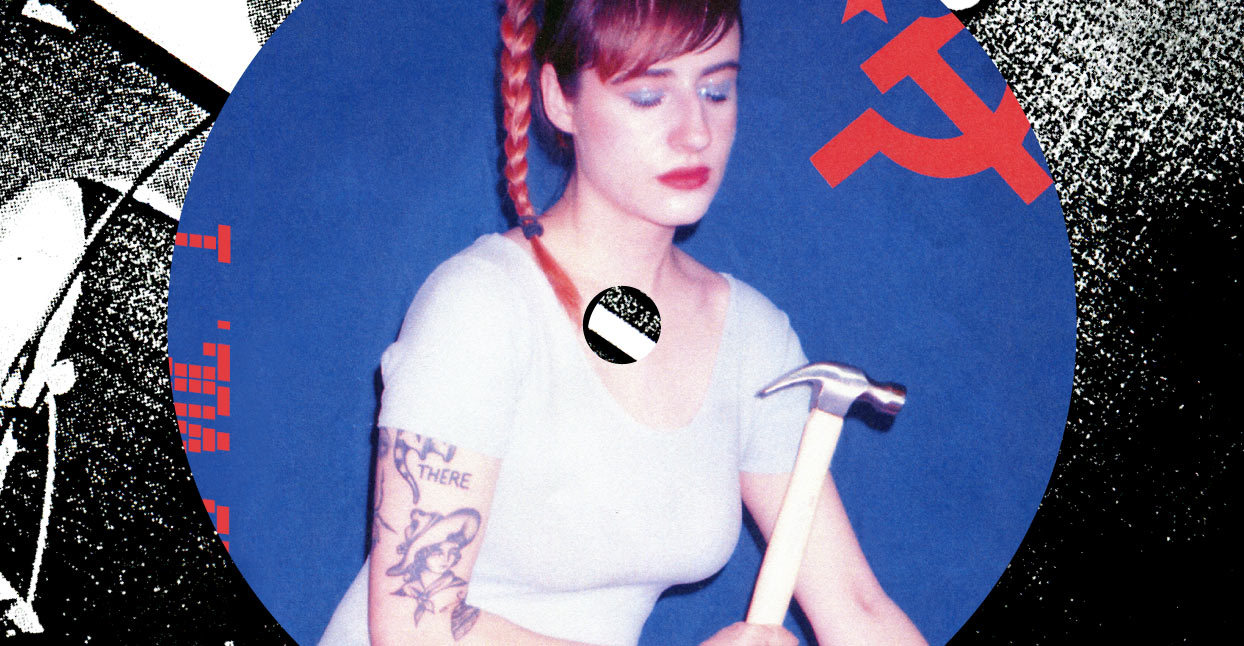 Quinn A., an artist on the industrial label Chicago Research founded by Blake Karlson, is describing the recording process for the forthcoming EP by the group Civic Center, when things take an unexpected turn.

“Blake [Karlson] has a big collection of scrap metal,” Quinn says, “which is actually terrifying. It provides you with small cuts.”

“Usually I don’t record the solo projects,” Karlson says. Instead, he’s tracked material from bands Bruised, Product KF, The Cell, and Civic Center. “The scrap metal shows up on the new Product KF record and a new solo tape I’m doing,” he says. “It comes out here and there.”

The use of scrap metal also reflects one of Chicago Research’s fundamental principles. The label, which was co-founded by Cesar Robles, is dedicated to the idea of taking what the city provides and reinterpreting it. Chicago Research is hardly the first industrial label from the city, but when asked whether they feel any affinity with Chicago’s rich history in the genre, the answer is a resounding no. “It’s pretty much impossible to relate to a label like Touch and Go or Wax Trax in 2019,” Karlson says. “Things are so different. We’re worlds apart at this point. Those were 30 years ago, in some distant land.” While Chicago Research respects and acknowledges the legacy of those independent institutions, they’re out to stake their own claim.

“Bruised have been around for a long time, probably five or six years,” says  Robles, the band’s vocalist. In that time, Bruised have undergone multiple lineup changes. “I think there have been nine or so people in the band, and seven are on the record,” he continues. For all that change in personnel, Rotten Codex is tight, cohesive, and clear—the band’s trudging, relentless tempo and angular guitar work coalesce on short, hardcore-influenced bangers like “Psychic Stain” and “Throbbing Palm.” Between these adrenaline-driven numbers, Bruised combine synth-forward soundscapes with creepy spoken word, guitar, and field recordings, keeping the atmosphere tense while giving space to let the songs stand on their own. The title track is one such example, strategically placed before two final, short, memorable bulldozers.

Product KF
Songs of the Groves

Product KF make music that’s an invigorating, haunting blend of post-punk and industrial. Featuring Robles, Karlson, and Macklin Reed, the trio boast dark, catchy songs, which sound like bizarro mash up of Total Control and Bauhaus. Songs of the Groves is the trio’s first vinyl LP, following two cassette-only releases, and captures the band reinterpreting earlier works like “Pitch-Dark,” brandishing more sophisticated songwriting on songs like album highlight “Day Comes Too Soon,” and even giving techno-influenced instrumentals like “Opticks” a whirl. A new peak for the band.