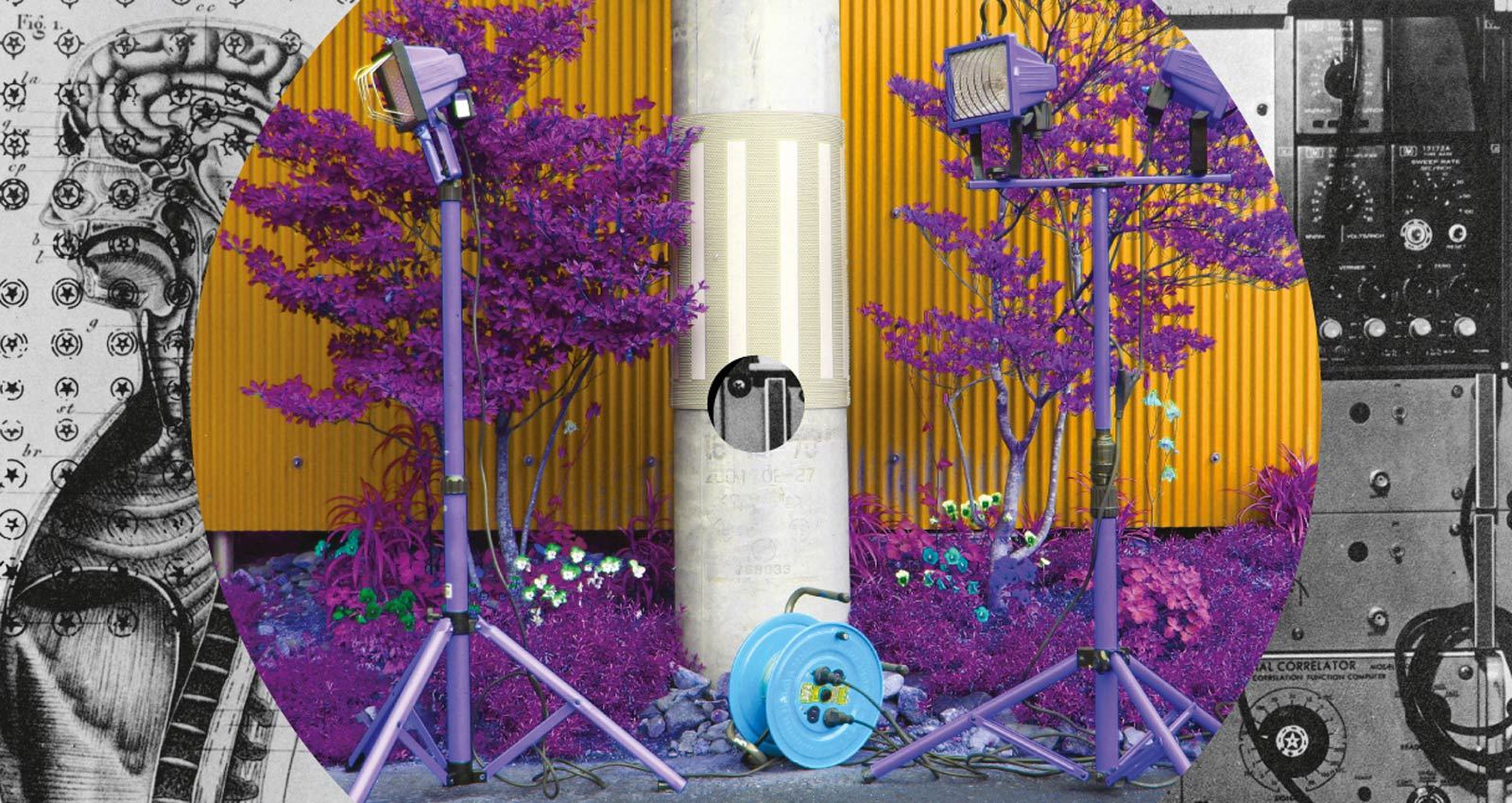 Balancing on a fine line between pretension, irony, and self-deprecation, the tagline for Oren Ambarchi’s record label Black Truffle reads:

“The black truffle has a place in gastronomy alongside saffron, caviar, foie gras and the finest of wines. Widely considered as the jewel of French cooking it is prized for its unique flavour and intoxicating aroma. The resident chef at Black Truffle Records has found that the best method for finding the ‘diamond of the kitchen’ requires the use of a divining stick and facing into the sun.”

It’s a statement that says a lot about the label; it’s also filled with rare treats and delicacies that feel like they have magically been plucked from nowhere. Ambarchi, an Australian multi-instrumentalist and figurehead across ambient, avant-garde, noise, improv and electronic music, founded the label in 2009 as a way to reissue his own long out-of-print records. But the label soon blossomed into a home for Ambarchi’s numerous collaborations, and eventually became an outlet for other artists and their music, new and old. As a long-time contributor to drone titan Sunn O))), Ambarchi got the band’s Stephen O’ Malley on board to design the artwork for all of the releases.

The result is a label that has, for ten years now, been releasing some of the most consistently rewarding esoteric sounds in contemporary music, on a par with the likes of Editions Mego, Erstwhile, and Kranky for its discerning experimental output. Here is an introductory guide to the best of the label’s 59 releases.

The third release in the label’s catalogue is arguably the one that started its journey to becoming more than just a vehicle for Ambarchi’s solo output. Back in 2000, he collaborated with Keith Rowe, Pimmon (Paul David Gough), Christian Fennesz, and Peter Rehberg. Nine years later, after being out of print for years, Afternoon Tea was released via Black Truffle with a new master and bonus tracks. The album gets its name from the fact that the four of them made a spontaneous record of improvised experimental music one afternoon when they were all in the same place for a festival. The result is an album that captures the magical off-the-cuff charm that comes from throwing four people in a room and seeing what happens. Yet it’s also restrained and considered—nobody is fighting for space. Dual guitars collide with electronic creations from laptops—which were not a common presence in live music 20 years ago—to create a quietly hissing, whirring concoction that builds into quiet storms. Tonally, it ricochets between glitchy rumblings and immersive drones, somehow managing to feel simultaneously unsettling and serene.

A 1987 recording that was initially planned for Glenn Branca’s Neutral Records—home to the likes of Swans and Sonic Youth—Godbear didn’t end up being released until 1998 via Barooni records, on CD. It took another almost 20 years before it arrived on vinyl via Black Truffle. It’s a remarkable piano piece—recorded live on the Bösendorfer Imperial Grand Piano at Washington Square Church—by the minimalist composer. The rich texture of the layered keys reverberating around the echo-laden room create an almost overwhelmingly powerful concoction; occasionally, the tones are so cavernous they drown out the audible strikes of the individual keys. Yet in other moments, the stark clarity of each individual note is piercing. It’s a record that sits alongside Strumming Music For Piano, Harpischord, and String Ensemble  in Charlemagne Palestine’s catalogue in terms of its compositional skill, deftness, and innovation.

This remix of Ambarchi’s 2016 track “Hubris” comes courtesy of Ricardo Villalobos. Where the original version consisted of layers of palm-muted guitar work stacked on top of each other to create a pulsing, minimalist rhythm, here Villalobos does what he does best and turns it into a slow burn, groove-locked piece of dance music. The repetitious pulsations remain in place, but Villalobos adds a pleasing dollop of squelch and bounce that results in a slowly unfurling piece of acid techno that never loses momentum over its 27-minute duration.

Rosenboom is one of the original pioneers of digitally synthesized music—particularly his ground-breaking work using brain biofeedback to control live electronic systems. This is a reissue of his 1975 album, which is very much as the title suggests. The opening “Portable Gold and Philosophers’ Stones” is the result of “four performers that have electrodes and monitoring devices attached to their bodies to receive information about brainwaves, temperature, and galvanic skin response. This information is analyzed and fed into a complex set of frequency dividers and filters, manned by Rosenboom, but essentially played by each of the performers through their psychophysiological responses to the situation.”

The result is something far more loose, fluid, and emotional than you may expect from what is ostensibly as much a science experiment as a musical endeavor. Almost resembling modular synthesizer electronics in tone, the pitch wobbles and moves in unpredictable pulses, gliding between constant droning whirs and gently rippling tones. Elsewhere, as on “Chilean Drought,” the album explores a trio of vocals and a sustained piano composition whilst exploring Beta, Alpha, and Theta brainwave bands. It’s an album that captures the middle ground between call and response, charting the back and forth frequencies being transmitted in the moments between the player and what’s being played; charting the musical path from brain to composition and back again.

Some of the hallmark releases of Ambarchi’s label are the collaborations he undertakes with Jim O’Rourke and Japanese artist Keiji Haino. The trio have released multiple albums exclusively via the label, and they range in tone depending upon the improvised nature of the recordings. This snappily titled album is one of their noisier creations, and is a live recording from a show in Tokyo in 2013. Ambarchi is pounding drums over O’Rourke’s ceaselessly throbbing bass lines, as Haino lets rip screeching guitar eruptions. It is improvised abstract noise, yet the intuitive relationship the three have formed over the years keeps it in check from veering too far into punishing and unlistenable territory. Instead, the three lock into a dance that constantly steps back and forth between the accessible and the terrifying.

This collaborative record from Ambarchi and his partner, the sound artist Crys Cole shows the range of Ambarchi’s collaborative skills, taking on a fresh perspective given the relationship between the two musicians. Following their 2014 release Sonja Henies Vei 31, the couple continue to explore a musical intimacy that captures a palpable feeling of closeness and tender interaction. On the opening track Cole’s barely audible, hushed vocals blend into the dreamy atmosphere created by woozy organ lines and treated guitar, resulting in the kind of textural exchange that places you in the room with them. Elsewhere on the album there’s a more fractured and removed exploration of sound, still as rooted in a sense of place but zooming out of the intimate and more on the environment—as on the buzzing tones of “Francis Debacle (Uno)” or the field recordings from Thailand heard via the low hum of “Pad Phet Gob.”

The latest release from the France-based Australian drummer and percussionist, Will Guthrie, Nist Nah is an album consisting of six percussive pieces of music based on his travels through Indonesia, studying various forms of Gamelan music. Taking a much softer percussive approach than his 2017 album People Pleaser, the record primarily uses metallophones, hand drums, and gongs of Gamelan ensembles to build up a meditative whirlwind. Sonically akin to a more propulsive gong bath experience, it’s an album that manages to make complex rhythmic arrangements glide seamlessly and simplistically. The record avoids over-complicating itself, yet Guthrie succeeds in creating compositions that feel like they constantly grow as on “Catlike”—a nine-minute piece that unfolds as a profoundly enveloping rhythmic piece of music.