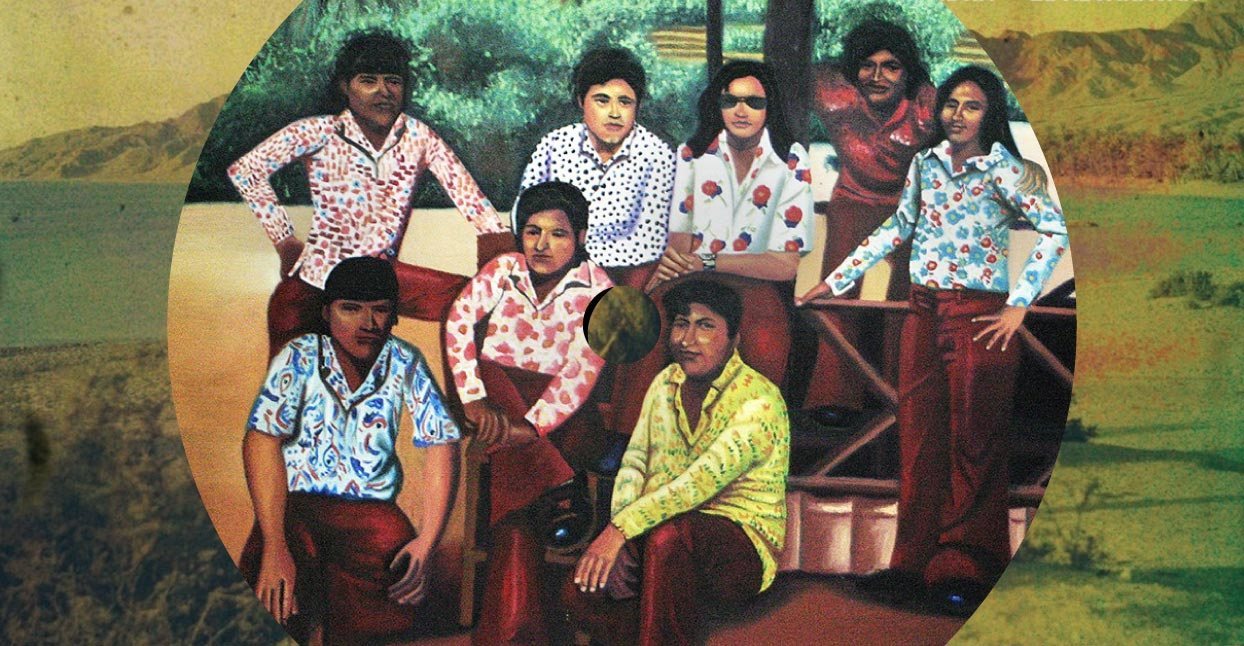 “One thing that I’ve always been obsessed with is ‘impurity’ in music,” says Olivier Conan, multi-instrumentalist, vocalist, and founder of Barbès Records. Speaking from Paris—the city in which he was raised—and from within the confines of the venerable Opéra de Lyon, where he currently directs and curates their Opéra Underground program, Conan describes the musical focus of the label he founded in 2004.

Barbès Records, Conan explains, is leery of anything that harks back to an “imagined golden age,” or music that claims to authentically represent a specific time and place. Quite the contrary, at the heart of Barbès Records is what Conan terms “impure” or “polluted” music—borderless hybrids, rooted in tradition but woven into new sonic shapes.

Conan himself has been a member of several idiosyncratic bands throughout most of his life. He moved to Brooklyn in the early ’80s, and founded a bar called Barbès in 2002, a performance venue in a narrow space that was formerly a Chinese laundromat. Two years later, he founded Barbès Records to promote bands and produce records of the music he loved, including the band in which he was involved at the time, Las Rubias Del Norte (The Blondes from the North).

Las Rubias Del Norte’s inaugural album, Rumba Internationale, also marked Barbès Records’ debut as a label. Las Rubias—their name is a take on renowned Mexican-American band Los Tigres Del Norte (The Tigers from the North)—was fronted by two vocalists who added a quirky alt-classical twist on iconic tunes from cha-cha-chás to cumbias. The first Las Rubias record was “kind of a hit,” says Conan, “and I was all of a sudden a label.”

Around the same time, a 2004 trip to Peru introduced Conan to chicha, and he was captivated by the idiosyncratic ’70s Amazonian sound. As Conan puts it, chicha is the best kind of “impure” music—unpretentious, postmodern, not easily classified, and “a crazy, crazy mix of surf rock and [Cuban] guaguancó, Colombian cumbia, and huayno [Andean folk music].” His enthusiasm for the genre led to the release of The Roots of Chicha compilation, which began to establish Barbès Records’ reputation as an important force in bringing chicha to wider attention.

To date, the label has released almost a dozen chicha-related albums including the next band that Conan founded, Chicha Libre. It’s a Brooklyn-based collective of musicians hailing from France, U.S., Venezuela, and Mexico, who sing in three languages (French, Spanish, and English) and lace Latin rhythms, such as salsa, with chicha’s Amazonian surf rock and psychedelic grooves.

A jukebox in a Brooklyn “taco joint” inspired another project for Barbès. Thanks to said jukebox, Conan and musician colleague Jacob Garchik (a trombonist and arranger for Kronos Quartet) developed an affinity for banda, a popular style of brass band music born in the northern Mexican state of Sinaloa, which emulated the sounds of large European military bands.

This led to Conan’s musical “epiphany.” Garchik, along with other jazz musicians such as Tucson-born sax and clarinet player Oscar Noriega, created New York City’s first (and perhaps only) banda, Banda de los Muertos; their eponymous debut album was released on Barbès Records. “Mixing up all those worlds is always a real treat!” exclaims Conan.

As a fascinating aside, Barbès Records’ release of the Banda de los Muertos album also attracted the attention of a famous Sinaloan banda, Banda El Recodo, who contacted Conan to film a music video at Barbés bar. That video—a dark and tragic tune of lovelorn betrayal, complete with a Conan cameo—has amassed almost 300 million views on YouTube so far.

Another noteworthy artist on the label is Miramar, a trio comprising of Laura Ann Singh, Marlysse Simmons, and Rei Alvarez (of Richmond-based salsa orchestra Bio Ritmo). Simmons and Alvarez, who are of Chilean and Puerto Rican descent respectively, mined the boleros of the Americas to come up with fresh and delicate versions of those classic torch songs from the 20th century. Conan adds that he’s proud of how that record shined a light on the life and work of the amazing and fierce Sylvia Rexach, one of Puerto Rico’s greatest composers.

This reveals yet another facet of Barbés Records’ eclecticism: musicians who work primarily in one musical realm are given space to explore, allowing them to stretch out and work with different perspectives. (Conan says he’s a particular fan of musicians’ “side projects.”) This trend continues with the label’s most recent release, from Chile, which gives the venerable tradition of boleros a punk twist.

Aldo “Macha” Asenjo, a well-established figure in the Chilean indie scene of the ‘90s, founded the band Chico Trujillo around 2012. They add a highly energetic punk touch to Colombian cumbias (the group is is massively popular in Chile today). Barbés released three of Chico Trujillo’s albums, including the over-the-top Gran Pecador.

In their highly rambunctious performances, Chico Trujillo typically set aside a portion of their concerts for boleros/ballads commonly known as cortavenas (“wrist-slitters”), because the lyrics often tell stories of unrequited love and betrayal. That musical interlude is aptly titled “bloque depresivo” (“the depressing segment”).

The popularity of bloque depresivo led Asenjo to create another band, Macha y el Bloque Depresivo, devoted to these ultra moody boleros, waltzes, and ballads. They released their first record on Barbés in October of last year.

Chicha, the musical heart of Barbés Records, is never far from the label’s plans. Expect an upcoming full-length album by Los Wembler’s de Iquitos, a classic Peruvian band that hasn’t stopped playing since the late ‘70s. (They’ve released on the label before.)

As Barbés Records moves forward, it will contiune to forge its own path. As Conan says, the label will always highlight music created first and foremost by artists who invent their own unique styles. These are the artists who will continue to rediscover aspects of their roots and reinterpret those traditions for the contemporary world for years to come.