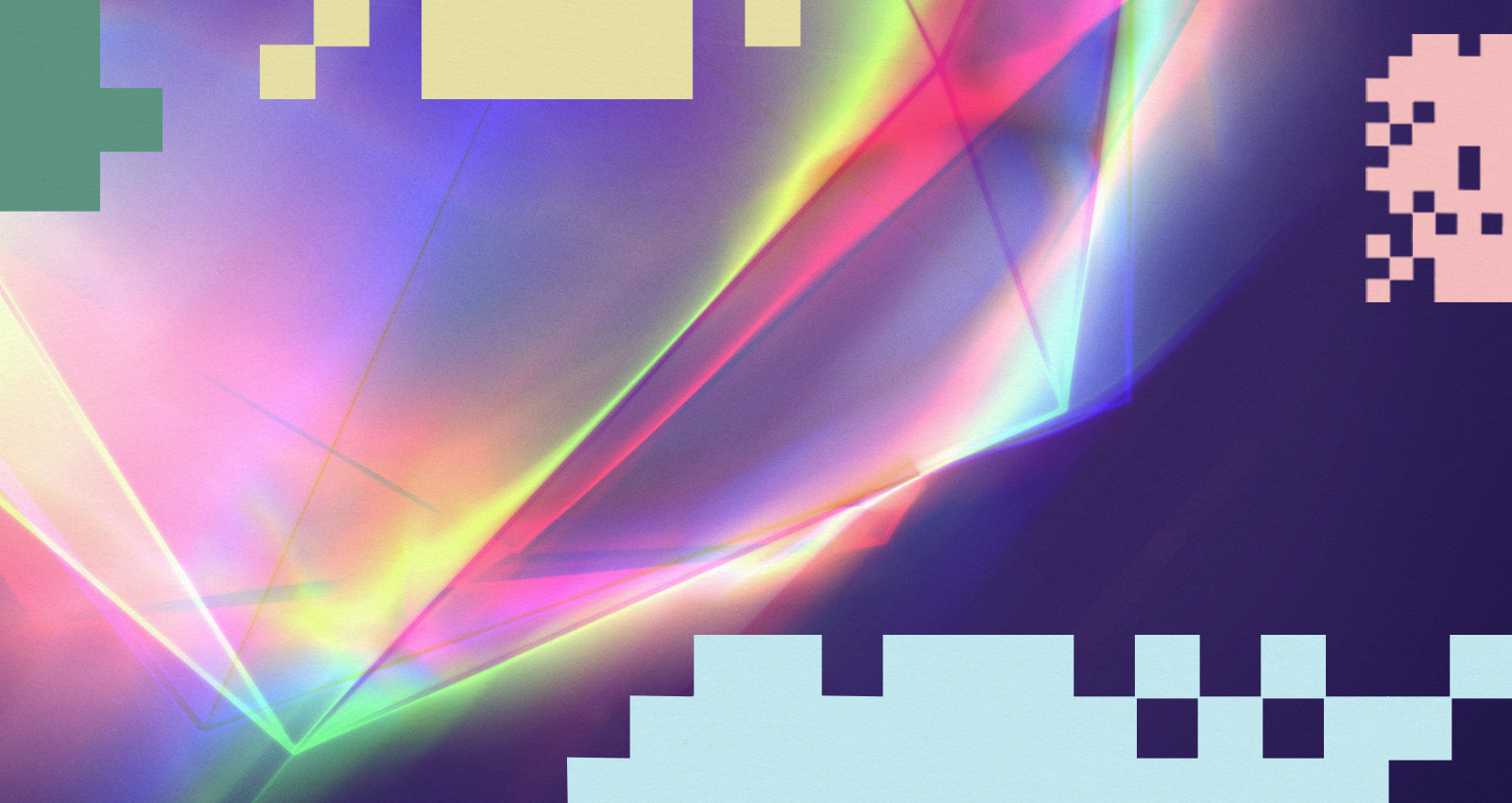 The two musicians, originally from the U.S. and Canada but now based in Taipei, spent much of the past two and a half years working side-by-side on the sprawling and lush soundtrack for the new game Tunic. On the 60-track album, their musical worlds mesh beautifully: Lee’s compelling ambient soundscapes mingle with Kwan’s piano-driven melodies more playfully as the album proceeds. Kwan and Lee have known for the past seven years that they were good artistic collaborators. Their romantic relationship, though, took a little longer to foment.

In 2013, Kwan was staying with her older sister, recovering from the lengthy DIY tour she’d booked on the heels of releasing a singer-songwriter EP (the Lions + Tigers + Bears, released under the alias Juliana’s Daughter). Kwan’s sister and her partner were playing a lot of indie games at the time. One of those games was called Dustforce.

“I heard the music and just fell in love,” Kwan remembers. After obsessing over the intricate, 8 bit-inspired album, she bought it on Bandcamp, with a note attached. “I asked if there was vinyl coming, and just said ‘I love your music and hope you keep working on it.’”

Kwan was surprised to hear back from fledgling young musician Terence Lee, who she knew by his artistic alias, Lifeformed. “I checked out Janice’s music and really liked it, too,” he says. “I bought her album.”

Their correspondence was short-lived at first, but Lee reached out again in 2015, wanting to incorporate vocals into his music. They agreed on a loose collaboration, with no release planned. They sent musical shards and sketches back and forth by email. “There was a bit of freedom there, without the ambition to make something specific,” Kwan remembers. It brought out something new in both of them. They were pleased enough with the results that they released four of their tracks as the rich and ethereal Umbra EP in 2016.

Along with the song files, the pair started what Lee describes as a “kind of a pen-pal relationship.” They discovered that they had some things in common. Both were children of Asian immigrants who had circled the globe for college, then settled down (Lee was born in suburban Cincinnati, Kwan in the outskirts of Toronto). Both had been forced to take music lessons as kids (Lee resisted, Kwan embraced them). Both had older siblings who loved art and drawing, leaving deep aesthetic impressions. Their conversations were cordial, and remained entirely over email.

In 2018, Lee was living and working remotely in Portland, Oregon when he was invited to perform a few hours north at Seattle’s Upstream Music Festival. He accepted, then panicked. “My music isn’t really made for performance,” he says. “I didn’t want to just get up there and press play, or turn the knobs at a predetermined time.” He immediately thought of Janice, who flew from Toronto to Portland to meet her pen pal in real life for the first time.

“I had no frame of reference for what he looked like before that,” she remembers. “I just knew there weren’t a lot of Asians in Portland. So I just followed around the only Asian guy I saw in the airport.”

It was the wrong Asian guy.

Once they found each other, Kwan and Lee had an easy rapport. They went for sandwiches and breakfast Pho. They laughed a lot. Their Seattle festival show felt like a success, too. “It was a lot of work,” Lee remembers. “But we did it together.”

“I turned the knobs and pretended to do something,” Kwan says with a laugh.

The pair had chemistry, onstage and off, but they remained on purely friendly terms. If Kwan was waiting for Lee to make the first move, he was too laser-focused on working with the Dustforce team on a follow-up game to see the signs. “In my mind I had one path in life, and it was finishing this game,” he says.

Home in Toronto, Kwan regaled friends with tales from the West Coast. Lee was at the center of all of them. She recalls the conversation that emboldened her with the warm glow of an oft-repeated romantic origin story, one that deserves uplifting montage music. Kwan laughs through the telling.

“Don’t deprive yourself of love, Janice,” a friend urged her.

She emailed Lee. She didn’t want to spoil a friendship or a fruitful collaboration, but, basically, she had a thing for him and he needed to “use the pot or get off.” Lee was caught off-guard, and thrilled. His life now had two paths.

Within a year, they were married. In 2020, they flew to Taipei to visit Lee’s family. When the onset of Covid-19 canceled their return flight, they decided to stay at Lee’s parents’ small home in the hills on the outskirts of town while things blew over. In some ways, it was convenient: Lee’s Canadian visa was still in progress (so they couldn’t yet live together in North America), and Taiwan was a beautiful place to be stuck. Covid cases were almost nonexistent, and life carried on more or less as normal.

For the previous five years, Lee had been intermittently working on the music for a game called Tunic. Its creator, Andrew Shouldice, encouraged Lee to express himself through the game’s music, a challenge he embraced on his own schedule. “I’d make a track every month or two months or three months,” he remembers. “I’d just give it my all and then burn out and not think about music for a while.” Lee was focused on sprawling, semi-ambient pieces loosely inspired by the game’s colorful and cryptic landscapes. He’d been listening to a lot of deep house, trying to extract some of the “flow” of the music without the big hypnotic percussion.

Tunic’s production schedule, though, was intensifying. The full scope of the game began to reveal itself: there would need to be much more music to accompany new landscapes and storylines. There would need to be boss music. Lee asked Kwan—who was experiencing a creative renaissance, inspired by the new landscape and slowed pace of daily life—for help. It began with a little piano playing or help with a melody, but soon grew into full-blown collaboration.

Most days, and many late nights, they sat side-by-side at two computer workstations, with a large red musical keyboard splitting the space between them. The setup, which they recreated after moving closer to the heart of Taipei last summer, looks a little like the cabin of an airplane.

If the pandemic tested many couples’ capacity for closeness, Lee and Kwan were naturals. They spent their non-working hours on long walks together, petting stray or teaming up for marathons of PlayerUnknown’s Battlegrounds. Kwan was reading Julia Cameron’s The Artist’s Way when she came across a passage about Artist Dates (“a date with yourself!”) and remembered that alone time is important.

The pair’s creative processes, though, are starkly different. Lee says he feels like a miner, trying out dozens of ideas until he comes across something that holds his interest. When he finds an unpolished gem, it can be weeks or months of approaching it analytically and experimenting before he finds a path forward. It’s a rewarding process, but it’s also “very painful.”

For Kwan, music is a mode of self-liberation. Her goal is less to write a song, she says, than to find ways to express the parts of herself that she doesn’t have words for. “I don’t think I ever approach any two projects the same way,” she says. “Anything can be used. Any form, method or expression.”

The different approaches pay dividends on Tunic. One hears Lee in the hypnotic and understated rhythms of songs like the twinkling “Redwood Colonnade” and the spooky “Sigil Seeker.” This is music that, rather than focusing on a particular character or plot element, has game’s colorful, geometric landscapes in mind. Kwan comes to the surface (arising organically from those textured soundscapes) on the tribal technicolor techno of “The Scavenger” and the melodic cascades of the indulgent, piano-driven set piece “The Librarian.”

Central to Tunic’s musical appeal is its resistance to providing any sort of sentimental journey for gamers. While the game itself has drawn comparisons to Zelda and Fez (fairly, though many of the comparisons are only skin deep), Lee and Kwan’s music feels almost subversively unique.  Even when Tunic’s sonic textures feel familiar (the lightning quick pan flutes on “Carbon Harvest” or the Reading Rainbow-sounding synths of “Flux is On”), the execution and emotion is new. While both Kwan and Lee are game music aficionados, they refused to let their respective loves of Final Fantasy IX and Chrono Trigger drive their creative mode. They were more inspired, instead, by Taiwanese rural and urban landscapes: by the beauty of the hillsides and the ways that “public and private life blur” in the city. They sampled the sound of stray cats and summer breezes, manipulating them past recognition.

It may be flowery, or reductive, to say that Tunic is also the musical record of two people falling in love. Watching Kwan and Lee talk about what they learned through the process, though, it doesn’t seem all that farfetched. In an achingly sweet turn during our Zoom interview, they face one another to talk about what they’ve learned from the process.

“Working with you on this was really intimate,” Kwan tells Lee. “Collaborating the way we did and not having a falling out required a lot of trust and vulnerability and encouraging each other.”

“I trust my taste,” Lee says. “But your intuition finds things that I might have glossed over. Through that process I’ve learned what things I overlook. It’s given me a lot of confidence.”

Maybe it’s easier to get to a place of trust and acceptance when you’re half a world away from home, in a place that feels totally new and reminds you of your childhood at the same time. Maybe Lee and Kwan, each a little dreamy and philosophical in their own ways, are just open-minded enough to make it work. Kwan’s biggest lesson from working on Tunic, though, has implications far beyond video games or music, or even marriage.

“Go with the direction that makes you happy,” she says. “Not the one you think will make people happy. Even if you have to risk more.”