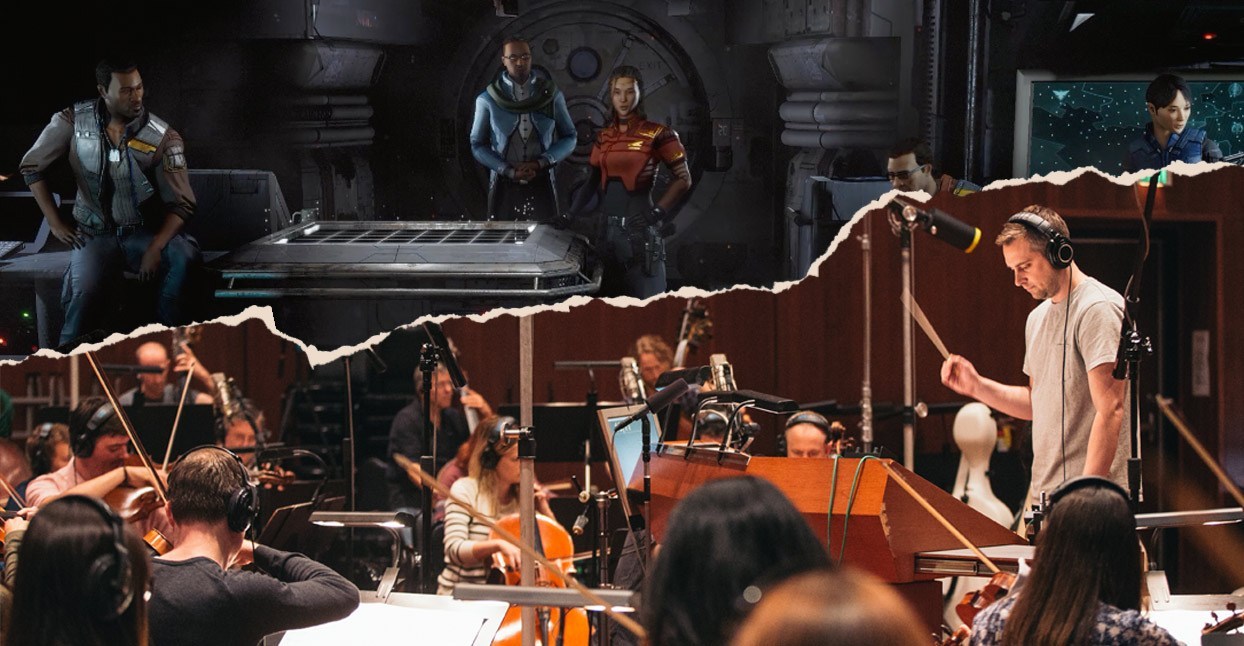 Not too long ago, Jon Everist was a musical weekend warrior, producing hip-hop with his friends in Seattle, Washington, and playing a lot of video games. “My three favorite things in life were always making music, hiking, and playing video games,” he says. He found himself increasingly enamored with video game scores—particularly, Amon Tobin’s work on Chaos Theory: Splinter Cell 3 and Disasterpeace’s music for FEZ—and he saw an opportunity to combine two of his passions. “But I really knew nothing about the processes for writing for games,” he says.

Everist trusted his gut. He quit his day job and went to school to study music and sound for games at the DigiPen Institute of Technology in Redmond, Washington, the city Nintendo of America famously calls home. And then, he says, he “just got really lucky.” A fellow student recommended him to game industry legends Jordan Weisman and Mitch Gitelman, whose company Harebrained Schemes was rebooting their beloved Shadowrun franchise. His first gig was soundtracking a trailer for Shadowrun Returns, but soon he was the company’s go-to composer, working on the rapidly expanding Shadowrun series and a new title called Necropolis. Last month, Everist released the score for Harebrained Schemes’ latest reboot, BATTLETECH. It’s a moving and massive orchestral work that found him working with scores of musicians from around the world. Like his evocative and moody work on the Shadowrun games, it proves that Everist’s talent surpasses his luck. A vinyl release of BattleTech is due out later this year. We spoke with Everist via email.

Everyone probably tells you that you have their dream job, so I want to know what sucks about making game music for a living.

There’s really not a day that goes by where I don’t feel ridiculously lucky and grateful to be making music as a full-time job. But there are definitely down sides, like any job. The time commitment is something that you really have to watch, or else it can consume your whole life. I used to have terrible hours, where I’d work really late into the night and it just put me off balance. I’m the most creative when I’m well-rested, well-fed, and after I’ve done some physical activity. I’m pretty sure if I continued my initial work/life balance path, I’d have all sorts of health problems by the time I was 40.

Jordan Weisman and Mitch Gitelman from Harebrained Schemes are game industry legends. What’s it like working with those guys?

Working with Jordan and Mitch has been a dream gig. After our first few projects, they really got a feel for how I approach writing music, and they became very hands-off. They usually approach me with an idea, concept art, and some story outlines. They know that’ll get my gears turning, and I start writing something to set the direction of the music… I’ve been very lucky that they trust my direction, because often times I take a route that is unconventional, but I think most interesting stories take risks like that.

BattleTech, and by extension, MechWarrior, are fighting robot games, but they’re also steeped in very elaborate lore and backstory. And they had fans dedicated enough to visit BattleTech Centers, which were basically elaborate arcades with full-sized mech cockpits. How deep did you feel you had to dive into that history as you were starting on this project?

MechWarrior 2 was probably the first game I ever played on PC, and I even went to a BattleTech Center, which was mind-blowing as a kid. But I never got into the lore or even knew it existed to be honest. I didn’t get into the tabletop games, either, so my experience with BattleTech was that it was just that: punching robots. After doing Shadowrun, and realizing how crazy fleshed-out the lore was for that, I realized how deep BattleTech‘s universe was. That’s Jordan: he’s like a sci-fi Tolkien in terms of detail. When I got approached to do BattleTech the pitch was ‘Game of Thrones in space,’ and that was really all I had to hear.

The Shadowrun games you scored sound like large undertakings, but they are distinctly different animals from BattleTech, with more electronic and ambient elements—and, I presume, less musicians. Can you tell me about the change in scope between these two projects?

The Shadowrun games were all, as we say, ‘in-the-box,’ meaning that I didn’t record live players, except myself at times. This makes it a lot easier to manage. There were also usually less than 30 songs for each of those, so the workload was not that bad. BattleTech is a true hybrid score, meaning we recorded a good portion—an hour or so of music—with live orchestra and choir, and the rest is hybridized with digital elements, soloists, and live players. From a logistics point of view, it’s a tremendous difference. For Shadowrun it was just me, and for BattleTech there were probably about 150 people involved in bringing the score together (including the players in the various orchestras). Then there’s the scope: BattleTech is basically a 50-hour experience, with lots of interactivity, which gives me anxiety just thinking about it again! I did all the implementation, too, so it was a big job.

So, in writing and demo-ing these songs, you use extremely complex digital tools that can come pretty close to replicating the sound of an orchestra. What can humans still do that your digital tools can’t?

There’s parts to a score that most people will never be able to tell were recorded live. But I can almost guarantee that if you put a digital version and a live version side by side to that same person, they’d choose the live one every time. There’s just something human about it that elevates it to another level, and that can translate feeling to a non-musician who can’t even explain why they liked it. Digital instruments just can’t fully match the sound of 70 humans in a room playing together. I think it has to do with subtle imperfections: When we hear something that’s a bit too perfect, there’s an uncanny valley feeling there. There are folks out there who are way better than me at digital mock-ups, and I have trouble picking out what’s real and what’s not at times in their work. But as long as composers like me are writing music for games and film, we will choose the live orchestra over digital every time.

It strikes me just how vast of an undertaking in filing and cataloging it is to record 60-plus tracks of extremely layered and complicated music. Are you naturally an organized person? Is that sort of thing totally crazy-making?

Right?! I think all-in-all there was about 6,000 individual music stems to deal with for BattleTech, and they had to be hooked up and layered correctly to play and move during the game. It’s a huge undertaking and not easy to keep it all together. I’m not the most organized person in my real life, but I am for music-related stuff—mostly from learning how messed up things can get when it’s out of order. I still can’t even open up projects from four years ago because of how disorganized I was.

I always end the column with the same question: If you could go back and create a new soundtrack for any game, what game would you choose and how might you approach it?

I absolutely love Amon Tobin’s score for Chaos Theory. It’s one of those game soundtracks that pushed me into working in the field. I sort of want to experience what the game would be like with a different approach—but my instincts tell me that the game would be much worse without Tobin’s music.