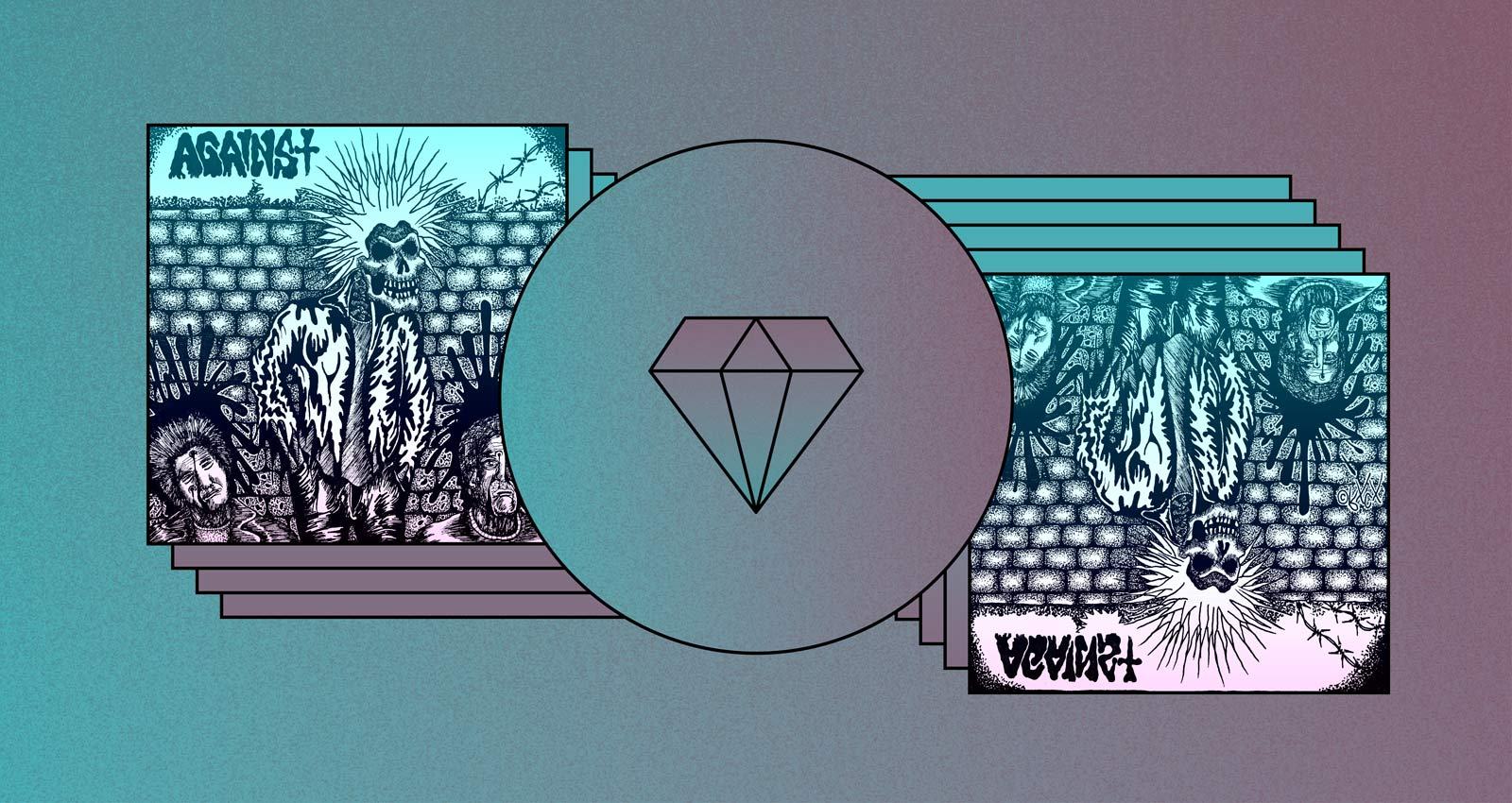 One thing that makes the early era of hardcore punk so intriguing is the number of bands who had a deep impact on the genre without ever releasing anything contemporaneously. Among them is Venice, California’s Against, a group heavily inspired by Britain’s Discharge and formed from the first line-up of long-running crossover act, Suicidal Tendencies. Along with Berkeley’s Crucifix, Against were one of the first bands in California to use Discharge’s covert metal riffing and bleak political commentary as a template, but sadly, they faded away before getting their chance to put anything out. In the late ’90s, however, the Grand Theft Audio label released No Arms, a compact-disc overstuffed with studio and live tracks as well as material from a recent reunion. Twenty years later, Radio Raheem trimmed the excess and presented Welcome To The Aftermath, made up of two studio sessions; one from 1983 and the other from a year later.

With an attention-grabbing snare snap, the title track begins this blistering collection. Overall, their sound doesn’t deviate too far from the blueprints of Against’s muses, but there’s also a lot that’s distinctive about it. Bearing little resemblance to the hoarse bellow of Discharge vocalist Kelvin Morris, Jerry Clarke’s parched and gaunt-sounding voice adds an extra sense of urgency to the apocalyptic roar of “All Too Late,” “Pain Never Ends,” and “Mao.” “Burned Beyond Recognition,” meanwhile, throws in pinches of T.S.O.L., Adolescents, and others from the Southern California beach punk scene that was going on at the time. As L.A. hardcore extended into the ’80s, Final Conflict, Diatribe, and other members of SoCal’s anarchist peace-punk contingent, attest to Against’s local influence, despite the fact it would take years until they would finally be heard by the rest of us.