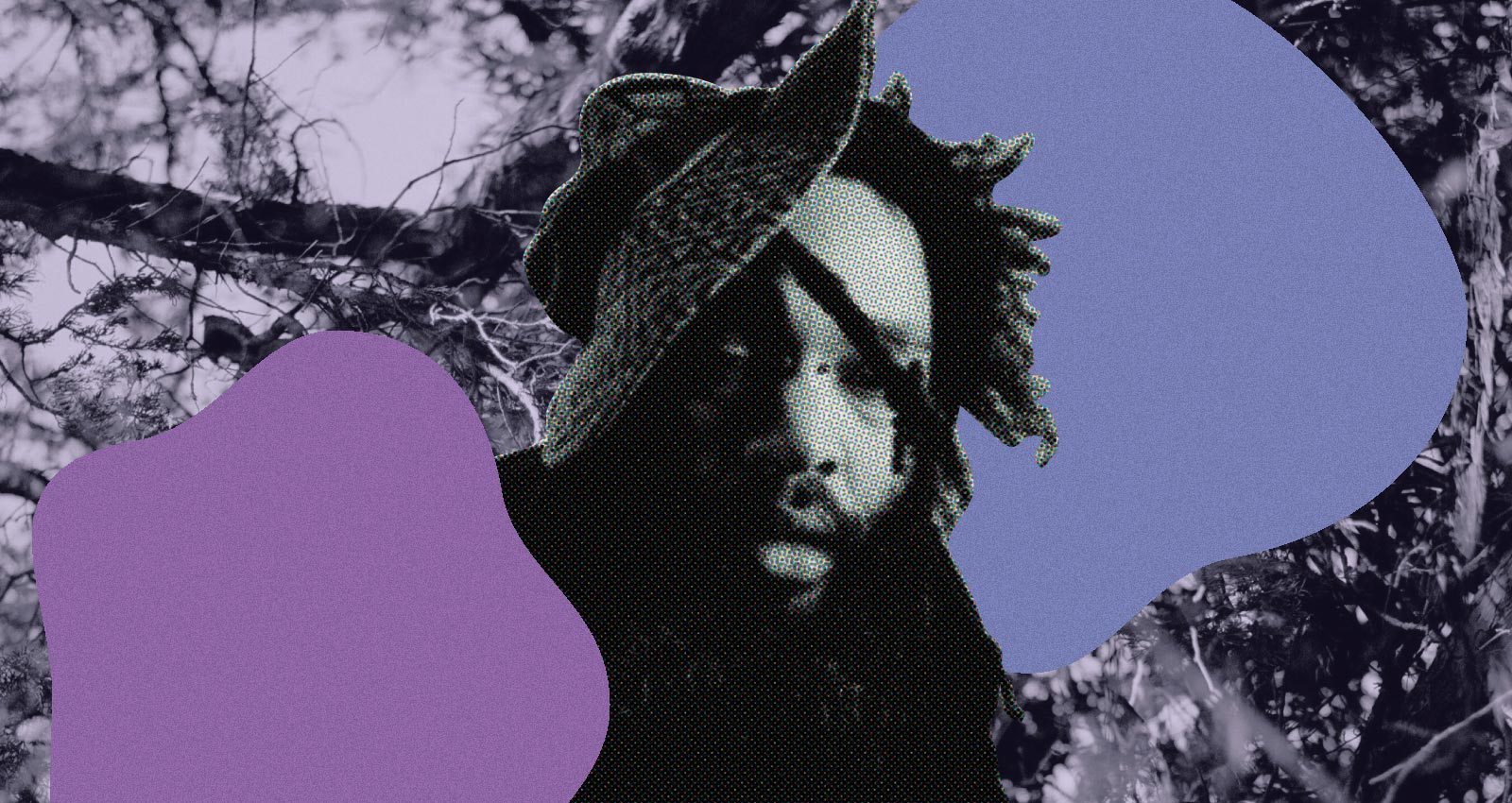 On “Hydro,” the fourth track from Zeroh’s debut album BLQLYTE (pronounced “black light”), an unidentified individual asks a question over ticking chimes and wailing strings: “Of all the substances you’ve done, which is the wildest?” His tone is mischievous—as if he expects a story that ends with trashing a hotel room.

Instead, the experimental hip-hop artist reframes the question: “I think my biggest reaction to a drug happened to be…” What Zeroh took doesn’t matter; high-pitched squeals censor the exact name. What matters is what he says next: “I hallucinated and lost complete sense of my body.”

Zeroh doesn’t mention how he studied kinesiology to better understand why psychedelics affect him so profoundly. He isn’t alone in his fascination; decades after 1970’s Controlled Substances Act and the cultural baggage it wrought, neuroscientists are once again studying the psychological properties of hallucinogens. Still, in person, Zeroh speaks of his experiences carefully, as if to ward off any lingering stigma. BLQLYTE is a far headier exploration into the possibilities, as Zeroh poses a question all debut albums must answer: “Who am I?”

The answer started taking shape in 2014, when Zeroh first made BLQLYTE‘s opening track. The Long Beach, CA native, who grew up listening to Ludacris and Pharrell, became part of the L.A. beat scene at the intersection of rap, electronica, and everything in between. (He’s since become a go-to mixing and mastering engineer, with credits alongside Ras G and Low Leaf, who appears in BLQLYTE.) Zeroh already had a standing offer to release an album on Matthewdavid’s Leaving Records, an imprint with ties to Stones Throw, whose releases modernize New Age music.

When he’s featured on songs by other artists, Zeroh often plays the role of easygoing confidant, as he does on Jonwayne’s “Afraid of Us.” But as his mixtape compilation 0 Emissions reveals, over time his production style has grown increasingly turbulent and distorted, obscuring his growling voice in gusty layers of sound. It was Arca’s avant-electronica that inspired such world-building. “[She] doesn’t necessarily care if you understand,” Zeroh says. “That type of fearlessness is strong in me. I really fuck with that, even though at times it is very frightening.”

On BLQLYTE‘s third song “Metacine,” the shamanic rapper Busdriver appears as part of a duo with Fumitake Tamura, called FR/BLCK/PR (“free black press”). He offers historical context for BLQLYTE‘s turbulence: how suffering can define his and Zeroh’s existence (“When crack cocaine hit, we were welfare queens and gangbangers in the streets…”). As the album progresses, Zeroh realizes that this past doesn’t have to consume him; The epiphany arrives in the album’s eighth track, “The Lord & Nature,” as Zeroh’s raps take off sprinting over a frantic piano:

“N—s talk and walk/ I’ve been watching, wishing humble feelings on them,” he raps, kicking off a free-form exploration of the ways he is both indebted to and independent of different facets of African-American culture—including hip-hop.

“These things don’t feel right to say but maybe need to be said,” Zeroh says. “There’s probably a lot of artists, African-American artists, who just repeat these often cliché themes in rap music. They’ve got ho’s or cars or clothes or whatever it is. That’s not who they are. But they’re being a mirror for the culture at large.

“Even me at times, the way I express things is in the black American language. I’m merely a mirror of our culture. I was raised around it. I grew up listening to it. But that’s not necessarily who I am. And I definitely discovered that in psychedelics, when I had a hard reset. I was like, whoa, I’ve beyond color in real life. My spirit is beyond color, but I am in color form.”

It’s an idea that connects back to the album’s larger thematic thread: psychedelics offer what neuroscientists call “ego dissolution,” or “ego death.” We become less concerned with self-referential behaviors, like being good enough or smart enough, and instead channel our energies toward feeling present. “I thought I was being hyper-spiritual, digging deep and all that stuff. But really I was preparing myself for real-life issues, trying to become more resilient,” Zeroh says. Still, the storm that brewed in “The Fade” and erupted between “Mudblood” and “Sworn Free” passes by the album’s end. Zeroh’s voice still sounds imposing, but he can be heard clearly, as he says, “For the first time in my life, I feel free.” The search for identity doesn’t need to consume him; he can simply be. “Sometimes, I get caught up with this idea that I need to do certain things in order for it to be good or impressive, in order for it to sound like me,” he says. “Anything that I do will sound like me. It doesn’t even matter anymore.”