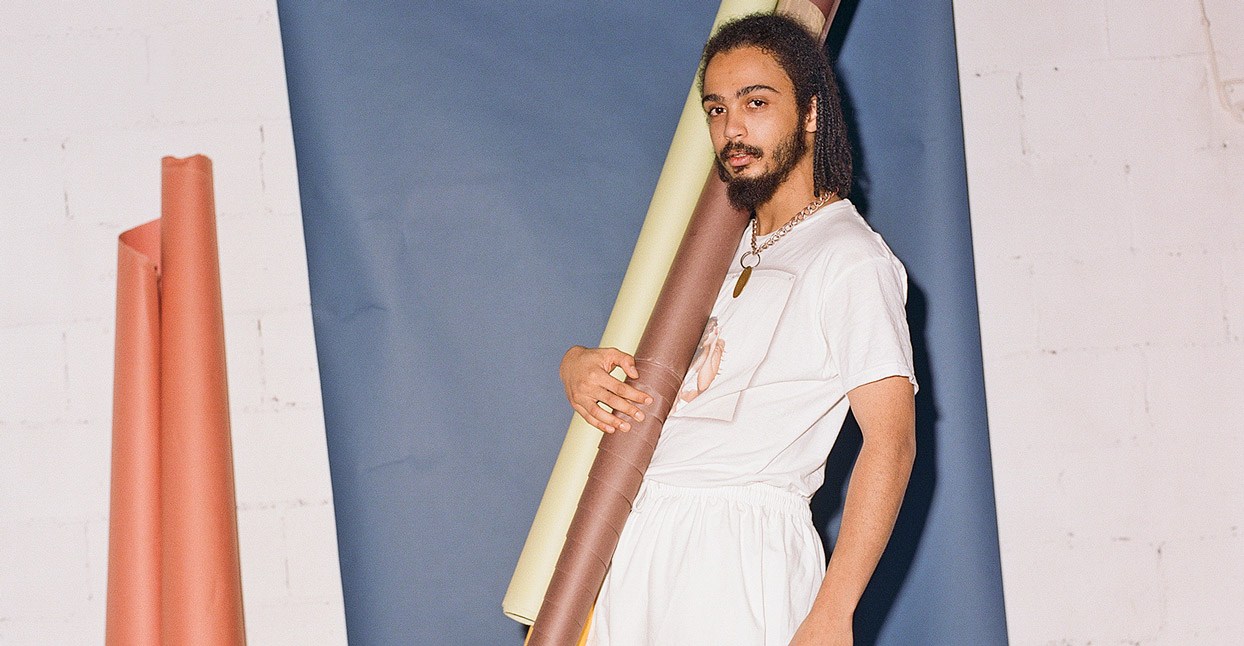 Yves Jarvis’s new album The Same But By Different Means doesn’t so much move from song to song as it pulses in place. As the title implies, Jarvis is committed to consistency; the music flows and swirls and bubbles with the same mellow mood, with melodies and rhythms rising up and sliding back down into the warm eddies. “There it goes, there it goes, there it goes,” he chants over a laid-back blues vamp on “Nothing New.” A dreamy harmonica floats above the folksy strum on “Out of the Blue, Into Both Hands,” multi-tracked vocals croon over gospel-tinged keyboards on “Hard to Say Bye.” Different instruments and genres all mix together to create a gently effervescent bliss.

“The Same But By Different Means” is a phrase that captures not only one album, but Jarvis’s career as a whole. The multi-instrumentalist has been playing music since he was five, and recording since he was 13. He was busking outside a record store when a friend who worked there gave him a four-track. He quickly learned to use it, and he says, “This became my favorite format, recording by myself. I’m not a big collaborator, especially in the studio; I really prefer to do everything on my own.”

Jarvis has been making introspective, personal music at the nexus of folk, pop, electronica, and R&B ever since, though with a singularly mercurial focus. He’s changed names almost as often as he’s released albums. His birth name is Jean-Sebastien Yves Audet, though he says only his family calls him Jean-Sebastien. His last project was recorded under the name Un Blonde. He’s now moved on to Yves Jarvis, using his middle name for his first name, and his mother’s last name. “I was just looking for a name that has posture and was short and that hit my ear in a less tangled way,” he says.

The new album is also Jarvis’s first time working with bigger independent labels—Flemish Eye in Canada and ANTI- everywhere else. “I’ve never had deadlines in my life, I’ve never had opinions coming from anyone before,” he says. But, he adds, “I didn’t have to compromise a thing. I did the artwork myself, and I made a lot of changes once I handed it in, so I had a lot of room to allow the thing to be organic like it’s always been.”

One big difference on this record is Jarvis’s process. In the past, he’s started his songwriting on guitar, bass, or percussion. The Same But By Different Means, though, was composed on keyboard. “I’ve played keys my whole life, but I never felt that I could step outside of a certain box with them or even have a conversation with them. And this record I did the whole shit on keys,” he says. “I’m always just trying to put myself in an unstable position creatively.”

In early publicity, Jarvis said that The Same But By Different Means was more somber and sadder than his last record, Good Will Come To You. But he says now, “I actually regretted saying that right away. Because the shit is not somber at all and it’s not dark at all. It’s brilliant, it’s really brilliant, it’s bright. It’s the stars. It’s the sky.”

For Jarvis, Good Will Come To You was defined by the color yellow, and The Same But By Different Means is blue. But the progression isn’t about moving from happy to sad. Instead, it’s about a shift from day to night—a change of time rather than of mood. “I’m always trying to be brilliant, I’m always trying to be bright. And I think that translates as positivity and warmth,” he says.

Like his music, Jarvis’s relationship to his art is both restless and contemplative. When he’s done with a project, he’s done with it; he wants to move on and not get stuck in the same space or the same method. But at the same time, his recordings serve as a kind of diary, so that he can hold onto past moments. “I don’t want to use my distorted memories as a gauge for the environment, and the way I interact with it. I want to have documents that are intentional, not just experiential for me.”

One of the shortest songs on The Same But By Different Means is “Constant Change.” It’s 30 seconds of Jarvis’s multi-tracked voice harmonizing on the words “Constant change” over and over, with a softened record scratch sound in the background. It’s a mantra and a statement of purpose for an artist who lives by repetitive transformation, finding new ways to get to the same self, or new selves to get to the same goal.