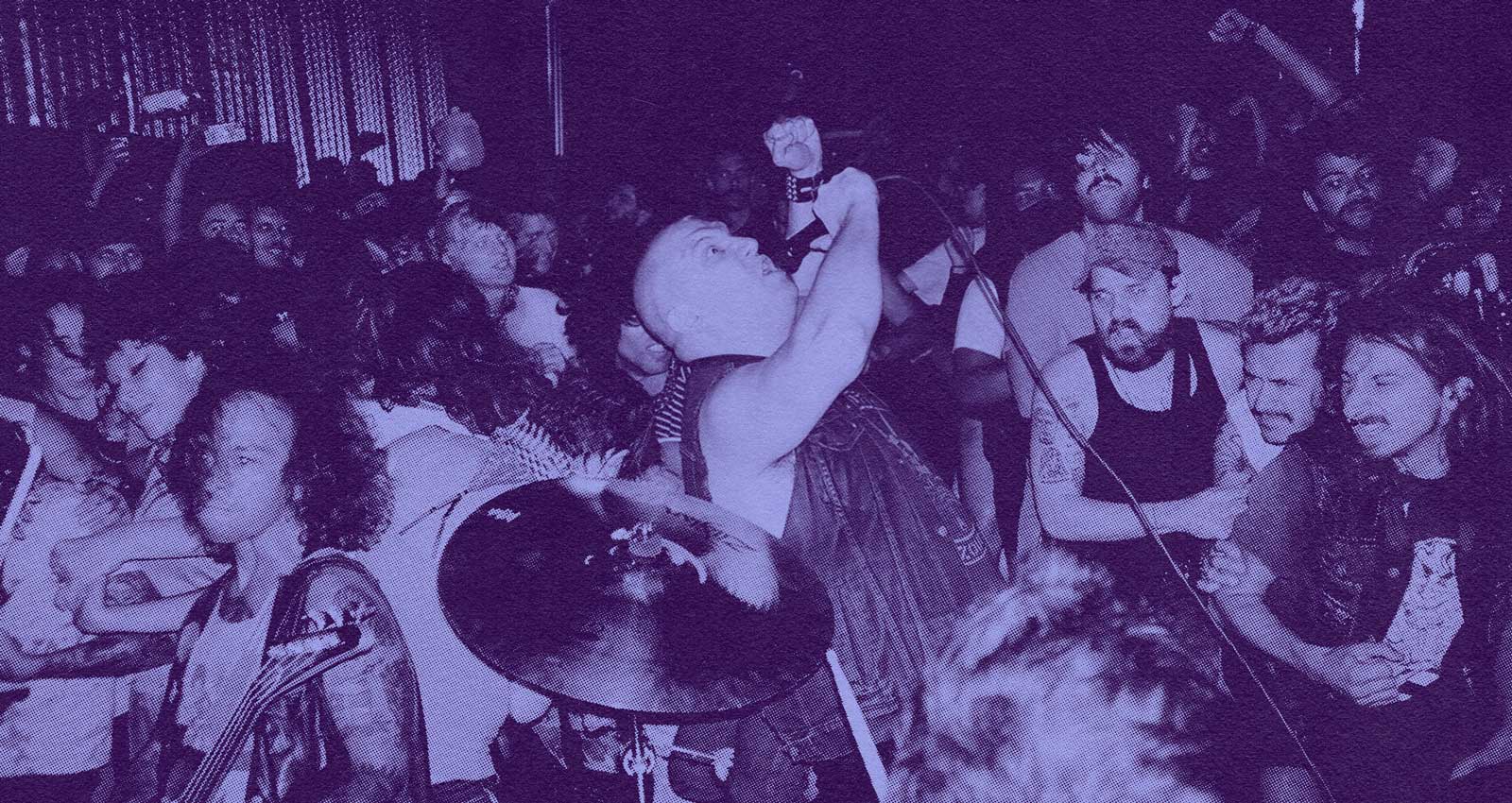 It doesn’t take a historian of hardcore punk to tell you most bands of the genre don’t have a long shelf life. Scroll through any social media account dedicated to posting hardcore punk flyers of yore and you’ll see the names of acts who came and went as quickly as the 30-second-long songs they wrote. “If you look back at the ‘80s, most of the bands now considered legendary lasted just a few years,” says Mike “Goo” Gorup, guitarist for the Brooklyn-based band Warthog. “I can only think of a handful of classic U.S. hardcore bands on labels like X-Claim!, Dischord, Touch & Go, or SST that lasted longer than five or six years.”

With a solid decade of existence under their belts, the group Gorup helped found has managed to dodge the stereotypical lifespan of their peers and heroes thanks to a very well-grounded philosophy. “Warthog has continued on because none of us have ever tried to force out new music,” says vocalist Chris Hansell. “We agreed from the very beginning that we would never do a full-length record, and that we’d only record when we had what we considered really good material. If that means we do a record every two to four years, then so be it.”

When Warthog began, hardcore punk was going through something of a renaissance in New York City. Bands such as Crazy Spirit; Hank Wood and The Hammerheads; Anasazi; and Dawn Of Humans were experimenting with both the sound and aesthetics of the music in a way that was unexpected from a city known for producing no-nonsense units like Agnostic Front and The Cro-Mags. This was something that appealed to Warthog’s dummer Ryan Naideau. “I slowly got more involved in what was going on in different pockets of New York City because it wasn’t at all like the macho stuff I grew up surrounded by on Long Island. It was more artistic and musically fluid.” Gorup agrees. “I tend to think of Warthog as kind of marking the second wave of early-aughts New York City punk that really started to kick off between, roughly, 2006 and 2011,” he says. “We all played in different bands during that time, often in slightly different genre niches, and with this band we somewhat self-consciously wanted to bring some different elements together.”

Although Warthog and many of those bands didn’t have the physical menace associated with the majority of New York hardcore bands, it doesn’t mean their sound lacked for muscle. Beginning with their Exterminate Me EP in 2013, the band has displayed a brutality deeply versed in the likes of Sweden’s Anti-Cimex, Japan’s Bastard, and Portland’s self-proclaimed kings of punk, Poison Idea. Across the scant four 7-inches released since then, Warthog has gradually expanded on their sound—though they haven’t deviated from their original agenda of ear-blistering mayhem. “I think we’ve actually altered the script a bit musically,” states Gorup. “Our songs are about three times longer now, they take about ten times longer to write, Ryan has a double bass pedal, and Sully and I actually try to think about the guitar leads before we record them.”

Nowhere is this development more prevalent than on their recent self-titled, three-song EP, their second released through Toxic State. On the A-side “Four Walls,” the riffs usually buried under a conscious blur of treble are now prominent, as they guide the way through the twists and turns of the three-minute track which bears a resemblance to British thrash metal bands of the ‘80s like Onslaught or Sacrilege.

In the same way that Warthog’s sound has changed steadily, so has the music scene in which they came up. Despite the fact a good number of the bands have either broken up or are working on the same slow-and-steady schedule as Warthog, it doesn’t deter the members’s enthusiasm for what is happening in the here and now. “As far as New York City goes, I think it’s really cool right now,” says Naideau. “It’s still very creative with lots of new ideas.” Hansell cites the long-running Toxic State label, as well as the more recently launched RoachLeg, for keeping the spirit of punk alive in the city: “Toxic State is hyper-focused on releasing New York City bands, while Roach Leg is touching on a more international vibe. It is pretty harmonious if you ask me, and really special that we have two killer labels busting their asses essentially down the street from each other.”

Although Warthog have stayed dedicated to the local DIY punk scene throughout their existence, they aren’t attempting to draw a line in the sand between themselves and other bands who play traditional venues for a slightly higher door price. Instead, it’s a simple case of working with the familiar. “It is pretty simple—we’ve always just played with our friends,” says Hansell. “As far as I can remember in 10 years of being a band, we’ve always played with people we knew already, or bands we were excited about. We’ve never been asked to play larger New York hardcore shows for the most part, and that is totally fine. There is a line we tow where the material we write has gotten heavier over the years, so I could see us meshing with some of those bands and have always been open to playing any gig so long as I’m interested in said band. There’s no specific reason why we don’t play those [larger] shows—it’s just how the cards fell.”

Keeping a hardcore punk band together for 10 years in New York is no easy feat. Does this make Warthog a part of New York hardcore history by default? “I grew up obsessing over Agnostic Front, Cause For Alarm, Madball, Warzone, Gorilla Biscuits, and Sheer Terror with my best friend Greg. It was big shit for us,” Hansell says. “But Warthog started because of our shared love of Poison Idea.” But surely Hansell feels confident enough to think the band is a part of the New York hardcore scene, right? “I don’t know,” he says. “I don’t think so—outside of just being a hardcore band from New York. I hope people remember us down the line, but I don’t know that they’ll be saying, ‘Oh, that New York hardcore band Warthog.’ They’ll just say ‘Warthog.’ I’ll always think of Warthog simply as a hardcore band from Brooklyn.”