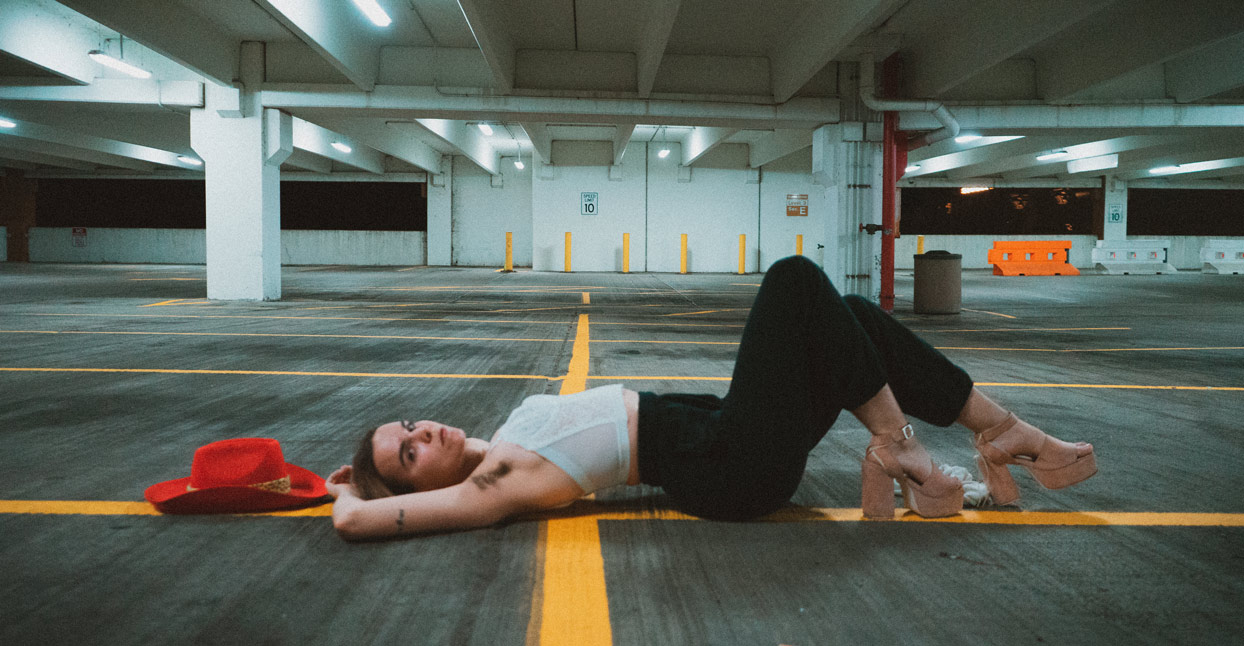 That’s Meredith Johnston, aka Chicago synthpop songstress Warm Human, recalling a moment she witnessed at a diner in rural Wisconsin. After filming for a music video, she went to grab some food, and had been watching a family with grandkids, a cousin, parents, and a grandmother trade gifts out of the corner of her eye. At some point, one of the daughters slid a present wrapped in tissue paper across the table to the grandmother, who pulled out a mason jar. Inside the jar were what appeared to be guts, but was actually, well, canned chicken.

As Johnston sat there, watching Grandma’s resultant freakout from afar, inspiration suddenly struck. “I immediately got out my Moleskine and wrote a poem about it,” she says of the bizarre—and, in her words, “beautiful”—encounter. “I am so ungrateful all the time, and this grandma just flipped out about a can of chicken meat.”

This is just one example of what is perhaps Johnston’s greatest strength, taking slivers of time and weaving it into words and songs, a skill she wields deftly on Ghastly, her debut LP. But becoming intimate with life’s microcosms is a relatively recent skill for Johnston, one that she attributes to another life change: sobriety. How much has sobriety impacted her attention to detail? “10,000%,” she says.

One of the most immediately gripping aspects of Ghastly is Johnston’s voice: a dynamic, tightly-controlled croon that can pacify and energize at different turns, the ostensible culmination of a carefully-planned career arc. Actually, Johnston notes, “music was never in the fucking plan at all!” She admits to making morose ukulele tunes around 2009—“a really hot year for ukuleles,” she says—occasionally passing along her music to her then-boyfriend, who would offer critiques of music in less-than-constructive ways. “He’d say, ‘It’s really dark, sad, weird, and your lyrics don’t make sense,’” Johnston remembers. “I took that really hard, thinking that I couldn’t do it since he was a good musician. Later on, I was constantly put down in other relationships.” She addresses this toxic relationship on “Worst Kind of Girl,” a song on Ghastly that begins with a voice memo recording of guitar that quickly becomes a synth ballad detailing manipulation, and overcoming fear. “I hope you like the view,” Johnston incants in the song’s chorus, rebuking the “you” in the song.

A lot has happened in 10 years—since then, Johnston went sober, picked up synthesizers, and began melding her songwriting with electronic music. About three years ago, Johnston began playing shows with her friend Dan Derks, a modular synth musician. She bought a Yamaha PSS-270 for $40 on eBay, which she used in conjunction with a looping pedal to slow down her melodies. That quickly became a Moog Minitaur, and eventually a Moog Sub Phatty, an excellent, well-rounded synth with a strong bass sound that can be heard throughout Johnston’s work.

“None of this would have happened if I hadn’t been sober,” Johnston says, mentioning that she maintains this with the help of a 12-step program. “I wouldn’t be playing music. I wouldn’t be obsessive. I play music addictively now. Every other addiction I’ve had has been substituted with music, and it’s great. It’s the healthiest relationship I’ve had.” Sobriety prefigures all the creative processes on Ghastly. It’s also forced Johnston to look at things she may not have otherwise wanted to. “You have to confront yourself, look at yourself frankly,” she says, a conceptual ghost that backgrounds the lyrics in much of the album.

As much as Ghastly comes from a place of unrest, it’s an album about being dissatisfied with that state, and getting past it. “I just don’t know how I’m to go onto the next thing,” she sings on album standout “Dog Years,” a gentle lullaby with a moving, muted trombone contribution (played by her dad!) about figuring out how to move forward. In a later chorus, she continues, “So I just let go of everything I say I know and make my way outside.” It’s a line that Johnston says works as an overarching statement for the album—one that she clearly has taken to heart.