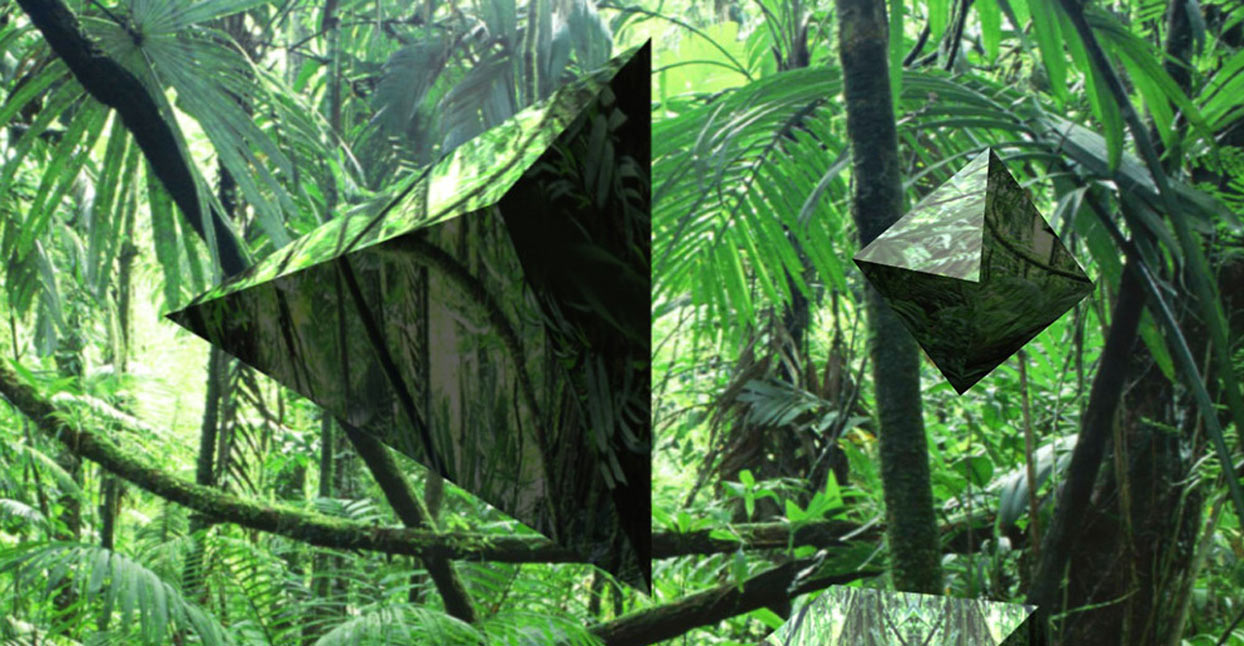 Vaporwave is notorious for its many proliferating subgenres and memes, but there’s one strand that appears to have been largely neglected by most commentaries and breakdowns of the genre to date. And while “naturewave”—for lack of a better term—isn’t big enough to be recognized as a legitimate subgenre by the vaporwave community, the number of albums that this term describes has been steadily growing since at least 2014. As with every other branch of vaporwave, the specific characteristics of these albums tend to vary, but all of them share a fixation with nature and the natural world, which is evident in their predominantly leafy green artwork and the often New Age-y sounds they appropriate. But more than this, they’re also fascinated by the ways society perceives and constructs nature, and with how the natural world is often used as a dubiously reassuring counterpoint to the artificiality and coldness of the modern world.

Here are the records filling out the “naturewave” sound.

Perhaps the earliest release that can be identified as “naturewave” is GooglePlex Bionetwork by Pyravid. Released in September 2014, it’s an album of eco-friendly vaportrap and utopian virtual that’s chock full of natural signifiers: running water, contracting tides, chirping crickets, exotic birds tweeting, earthy xylophones (and other “organic” instrumentation), and an often swirling ambience that captures the supposedly ineffable majesty of nature. Taken together, the sounds suggest a vision of the natural world as a pure and untainted domain, in contrast to the impurity of 21st Century civilization. The innocent, halcyon mood of tracks like “Ethereal” and “Neo-Geo-logy” present the world’s forests, jungles, and prairies as a kind of transcendent escape from modernity.

This emancipatory view of the natural world is shared by Electric Dreams whose Temple of Sadness is a more recent example of nature-focused vaporwave. Tagged as both “naturewave” and “naturetrap,” its captivating tracks seem to radiate the healing power of the Earth. “Nature is a refuge against modern society, against our chaotic world,” the producer says. Songs like “Winter Elegy” and “A New Dawn is Rising” present rainforests and riverbanks not only as sanctuaries, but as hopes for the future. All of this is intentional. As Electric Dreams puts it, “Naturewave, and vaporwave with a naturalistic background, is like a new beginning.”

There’s a similar contrast between nature and the techno-saturated world on OSCOB’s OVERGROWTH, a collaboration with Digital Sex. According to OSCOB, the album was motivated by a desire for the listener to, “hear nature slowly decay into the technologically advanced world of tomorrow.” On OVERGROWTH, nature is a foil to modern society, its unadulterated opposite that has slowly become polluted. This erosion is made clear in the record’s sonic progression, moving from the ambient serenity of “Mother” and “Echoes Through the Forest” to the clanging electronic nightmares of “Destruction Is Rebirth” and “Decay.” The transition into pulsing, industrialised darkness positions nature as the paradise humanity has lost, creating a sense of nostalgia and longing that—despite a superficial difference in sounds and visuals—is mirrored by a great deal of more well-known vaporwave.

Yet rather than simply using the image of nature as yet another of vaporwave’s “romanticised pasts,” naturewave’s relationship with the natural world is complicated and nuanced. Rather than passively depicting the “decay” of nature into the technocratic future, at least one vaporwave musician is prepared to take action. Vaperror is donating at least 10% of the proceeds from the reissue of his classic Mana Pool, to Oceana, “the world’s largest organization dedicated solely to preserving our oceans.”

According to the producer, the album takes water as its central theme because, “Water is the essence of life. Mana Pool focuses mostly on the ‘magical water pool’ aesthetic and sound… The reverb on the percussion is crisp and clear, the synths are watery and smooth.” By adopting this aesthetic and using it to help a worthy ecological cause, Vaperror acts as a salutary counterexample to the profit-hungry world of today.

In Mana Pool, the equation of water with the natural world reinforces the idea of nature’s “purity.” But much of what can be described as “naturewave” becomes most interesting precisely when it suggests the opposite.

On their 2016 album Biosphere, Cobalt Road & STΛQQ ƟVERFLƟ depict “nature” as yet another human construct. On serene songs like “Paradise” and “Garden,” the producers conjure the Earth’s unspoiled ecosystems in all their inspiring beauty, but at the same time, the music’s angular, compressed melodies and tightly sequenced trap-beats generate the unsettling suspicion that everything’s a bit too perfect. This is entirely intentional.

“A sort of retrospective meaning that STΛQQ ƟVERFLƟ and I assigned to the album was that it was supposed to evoke an almost ‘virtual’ world,” Cobalt Road explains via email. “I definitely think that ‘nature’ can be viewed as an artificial construct. We usually picture ‘nature’ like sleek video montages set to New Age music—a green, bright, and wondrous paradise.” It’s this fabricated paradise that Biosphere seeks to represent, with its elemental yet noticeably digitized instrumentation, to say nothing of the album’s cover art, which depicts a waterfall with a computerized, polygonal grid superimposed on top of it.

Other “naturewave” records can be interpreted in the same way, from Eco Virtual’s ATMOSPHERES to NEW GAIA’s self-titled debut and Aokigahara Online’s two excellent albums. Regardless of their individual sonic differences, these releases all create a soundworld with the greenery of nature at its heart, but with the suggestion that it’s all been manufactured and misrepresented to distract us from social and political realities.

In highlighting the natural environment in this way, these albums fall in line with more recognized currents of vaporwave, especially those more postmodern currents that cast doubt on the idea of “utopia.” Just as seminal records such as Laserdisc Visions’ New Dreams Ltd. and Internet Club’s REDEFINING THE WORKPLACE critiqued the notion that technological progress can deliver a higher quality of life, records like ClearVisionDream Productions’ Eternal Corridor are similarly skeptical that nature can liberate us from modern society’s gravest ills. According to these albums, our concept of nature is itself a product of society. By using New Age-y sounds to create suspiciously tranquil songs, naturewave presents the unsettling suspicion that escape may, indeed, be impossible.