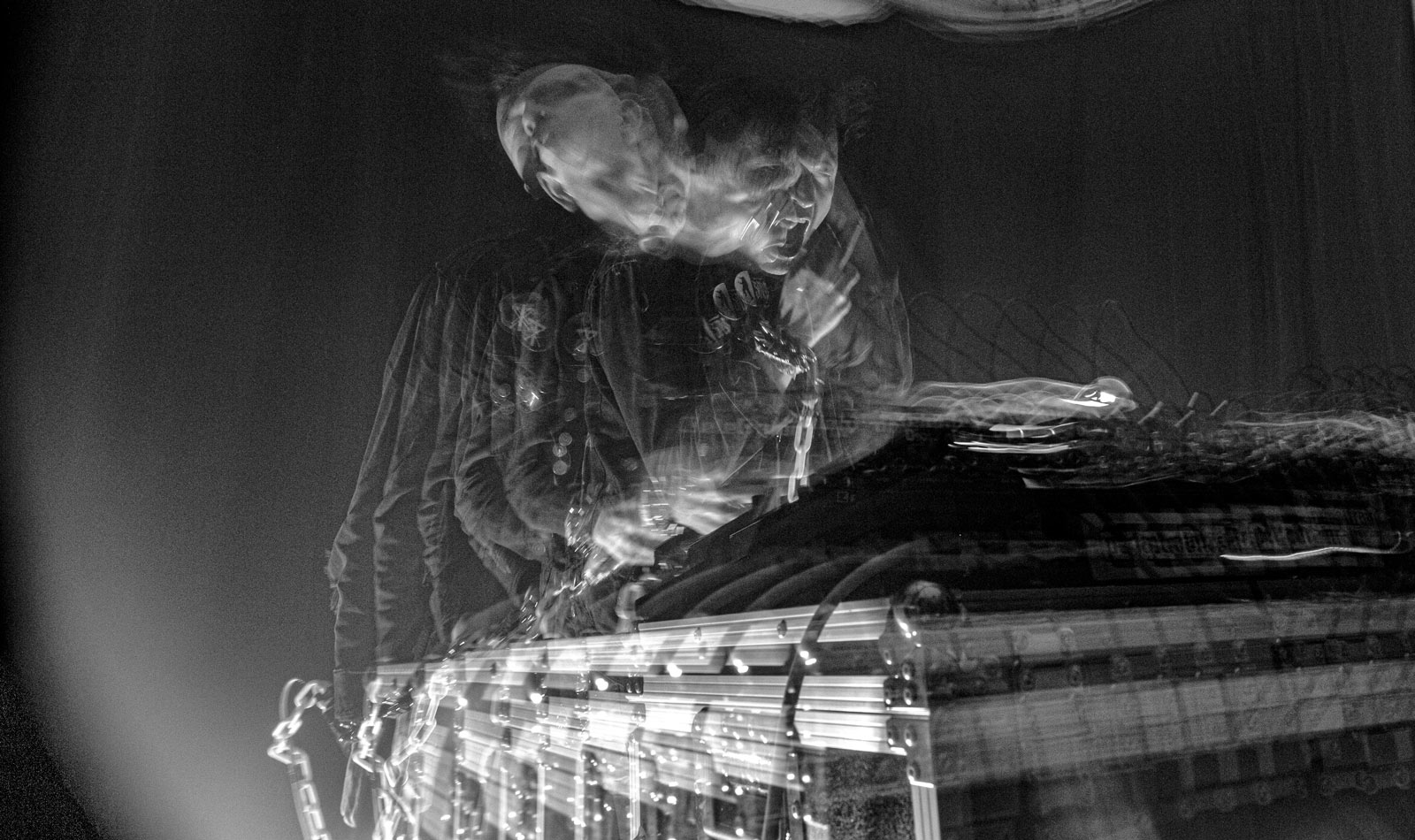 Loneliness and isolation have been an acute part of many people’s lives over the past few years, but it’s been at the heart of EBM project Un Hombre Solo since the very beginning. The hombre solo himself, Fernando Jz, explains: “Un Hombre Solo basically talks about loneliness. So all of the songs are about the same theme of being an outsider or not wanting to be in the place where you are right now.”

The Brooklyn resident was born and raised in Juarez, Mexico, and all his lyrics are in Spanish. While relating the songs off of the new Un Hombre Solo album, Desilusión Total, to the project’s overall identity, Jz breaks a few down in English: “The first one, ‘Aportando de Nada,’ talks about how you’re worthless to the world, in their eyes. And you don’t like that. The second one, ‘Oscuro y Podrido,’ is like never wanting to be part of this society.”

Though all of this can come across as a bit heavy, Jz is quick to explain that the themes might be about feelings of aloneness, but the point isn’t hopelessness. He’s just as interested in bringing crowds together to dance as he is in moving them emotionally. Having a large fanbase that doesn’t speak Spanish, Un Hombre Solo can be rewarding to Jz in another way. He finds clarity can come during live shows when “[the audience] don’t even know that I’m talking about really sad stuff. And they’re dancing and they’re really happy. So that’s cool for me.”

Getting crowds dancing isn’t really a problem for a project inspired by EBM, industrial, and darkwave. During a time when those scenes are more popular than ever, Un Hombre Solo manages to stand out, with solid songwriting; unique design and packaging for his releases; and a background firmly planted in punk, from intentionally shorter songs to more emotive vocals. Jz’s always had a DIY approach, too. Though periodically having help with mixing and mastering, he says,”I’ve mostly done everything I’ve released by myself. I do the copies of the cassettes, and I do the shipping and all that stuff.”

However, Desilusión Total is out on notable NYC label SYNTHCIDE. This is a significant change for Un Hombre Solo: “Now, it’s [on] an actual record label. Yeah, that’s different.” For a project that stemmed from a desire to create alone, had all previous releases executed by one person, and is dedicated to themes of isolation and loneliness, Jz can speak to community as well. “its always great to work with your friends, because they have a more personal connection with your project,” he says. “And also because Andi [Harriman, of SYNTHCIDE] has always supported the project. I would feel weird working with someone that I didn’t know.”

There also seems to be a greater connection to Spanish-speaking bands and scenes at play for Jz. He stresses the influence of Spain’s La Movida Madrileña movement has had on Un Hombre Solo. Including bands like Parálisis Permanente, Jz emphatically explains that the post-Franco counterculture ”is what I try to put into this project, basically. And that’s one of the reasons why I sing in Spanish as well. Because […] the whole way I write my lyrics, it’s inspired from the ‘80s. Spanish stuff. And the name itself, Un Hombre Solo, It’s the name of an album by Décima Víctima.” Current bands like Argentina’s Balvanera and Las Eras come up, too, as inspirations. He praises U.S. underground bands who incorporate Spanish into the identity of their music, such as Generación Suicida and his NYC peers Ces Cadáveres.

As to whether or not there is a growing trend in the popularity of artists like Un Hombre Solo and Ces Cadáveres in predominantly English-speaking countries like the U.S., Jz has mixed feelings. “Yes. And no,” he says, “Right now people consume media really fast. So whenever you discover all the bands in your language you’re still looking for stuff from other countries. […] With the internet, it’s easier to find those bands. […] Like the Russian post-punk boom; everyone loves listening to Russian post-punk. I guess it’s same thing with with Spanish right now.” But, he concedes, “When I traveled the states a few years ago, I noticed, in the punk scene. the people that were putting the most shows on were from the Latino community. [Also] people from Europe are consuming a lot of Latin American stuff. So I guess Latin American labels started basically putting music out for Europeans.”

In the end, regardless of trends, Jz will continue his crucial duality as Un Hombre Solo, expressing themes of separation and seclusion through a shared musical experience: “I guess the whole thing is like: depressive songs, danceable music. Just me behind machines.”