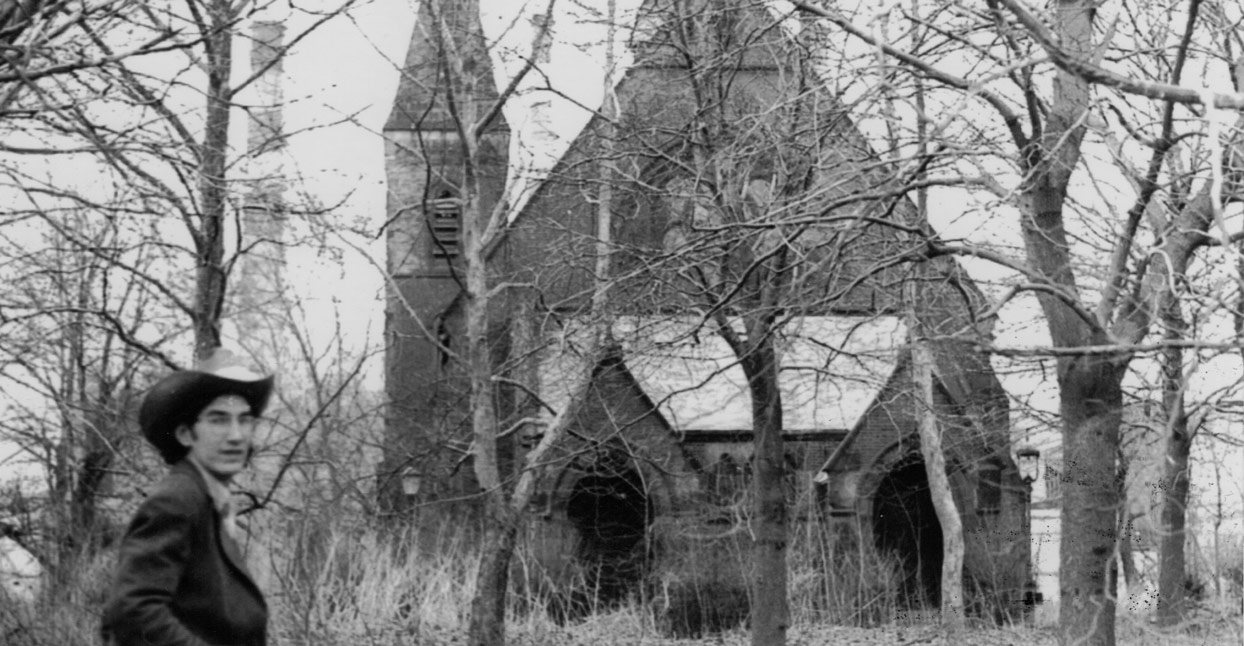 The late singer, songwriter, and cult hero Townes Van Zandt, who died in 1997, was as peripatetic as he was profound. One consequence of that wanderlust is that recordings of his music sometimes ended up in some unusual places. Since well before his death, his wife Jeanene Van Zandt has had the unenviable task of tracking it all down. “Many times he’d say, ‘Man, I know those songs are out there somewhere,” says the Texan songsmith’s widow. “They were just lost somewhere, he didn’t know where he recorded them.”

But after years of searching, Jeanene and her son Will eventually found a cache of recordings Van Zandt recorded while splitting his time between Texas, Colorado, and Franklin, Tennessee. Those sessions are being released on what would have been Van Zandt’s 75th birthday in a collection called Sky Blue.

The sessions Jeanene and Will unearthed include three covers that never made it to a Townes album, as well as two original compositions that have never been heard before, in any form: the title track “Sky Blue” and “All I Need.” Those songs were Jeanene’s eureka moment: “These are the last two lost songs that I’ve been hunting for 35 years,” she reveals, “and I was shocked that they were on there. That got me excited.”

The songs on Sky Blue were recorded circa 1973 at the Atlanta home of Townes’s running buddy Bill Hedgepeth, a journalist and musician whose house was a regular stop on the Van Zandt’s itinerary of roving for years. “Even after we were married and had Will, we would stay there,” says Jeanene. “He had a home studio in the basement, and they would mess around and record.”

Aside from Hedgepeth, Townes had only his acoustic guitar for company, and the solo setting amplifies the lonesome-troubadour quality inherent in Van Zandt’s keening vocals and his songwriting status as a master of melancholy. “All I Need” and “Sky Blue,” both presented as gentle ballads, don’t engage in any existential teeth-gnashing. They simply slip in some coal-black sentiments amid deceptively pretty melodies, with the disarming nonchalance of an expert assassin concealing a shiv inside a rose bouquet. “No good reason to be livin’, been lookin’ high and low,” Van Zandt sings matter-of-factly on the latter.

With a lifetime of struggles with bipolar disorder and substance abuse, Van Zandt ate darkness and despair for breakfast, gazing unblinkingly into the void fueled some of his finest work. “He definitely had very high highs and very low lows,” says his widow.

But Townes was also a master of mixing the hopeless and the hopeful. His understated sense of humor graced gorgeous ballads like “Rex’s Blues,” inspired by onetime bandmate Rex Bell. Friends spelled Bell’s given name “Wrecks,” which should offer a clue about both his life and the song, heard here in a version even more compelling for its starkness than the full-band cut on 1978’s Flyin’ Shoes.

The closest thing Van Zandt ever had to a meal ticket, the much-covered “Pancho and Lefty,” emerges in early demo form here as well. Its simple setting gives it extra emotional impact, making Townes’s mysterious outlaw tale about two men going wrong in different ways feel more bittersweet and elegiac than ever.

A trio of cover tunes Van Zandt never released add intriguing context to the Texas bard’s aesthetic. “Hills of Roane County” is a traditional folk song, a murder ballad full of misfortune and regret—two things not exactly alien in Townes’s universe. It’s telling that he chooses to personalize the old, well-traveled tune. “When he talks [in the song] about his mother and sister coming to the train station and he says, ‘my sister Donna,'” explains Jeanene, “well, that was his real sister. All the brothers and sisters are gone now, so that was touching.”

“The Last Thing on My Mind” is also a folk standard, written by ’60s folk star Tom Paxton. It’s the only love song on the record, albeit one defined by—you guessed it—regret. According to Jeanene, the song’s presence underlines the strength of Townes’s friendship with Hedgepeth: he laid the tune down for his buddy’s sake. “I think he said something [on the tape] about, ‘Oh, this is Bill’s favorite song, I’m gonna put that on here.'” Accordingly, a banjo, presumably Hedgepeth’s, can be heard quietly plinking along with Van Zandt’s guitar.

Van Zandt honored another friend by recording the heady, poetic “Forever, For Always, For Certain,” written by his running buddy Richard Dobson. “He was very, very close friends with Dobson,” says Jeanene. Dobson was also the author of the 1997 memoir The Gulf Coast Boys, which contained tales of his hell-raising exploits with Townes, of which the latter once observed, “It’s a miracle we survived.”

The weirder side of Van Zandt gets a good airing here, too. He seems to summon his own demons in the form of creepy creatures on the minor-key tunes “Dream Spider” and “Snake Song,” which would eventually graduate to become full-fledged studio sessions. Speaking of creepy, minor-key songs, “Silver Ships of Andilar” is a richly detailed, completely fictional saga of a doomed seafaring mission that makes Gordon Lightfoot’s “Wreck of the Edmund Fitzgerald” sound like the theme from The Love Boat. Van Zandt once suggested that it came from reading too many novels by sci-fi/fantasy author Lin Carter.

Despite the sessions’ casual circumstances, Jeanene believes they were actually intended for an album. “In between songs,” she reveals, “Townes says, ‘I want this song on here.’ That to me means ‘project,’ they’re putting something together.” Still, circling back to the idea of Van Zandt’s peripatetic nature, it’s more of a shock that these sessions survived than that they were left behind, however fruitful they were. And it’s a blessing that Jeanene, together with Townes’s offspring, Will, J.T., and Katie Belle, have let the rest of us in on such a long-kept secret.