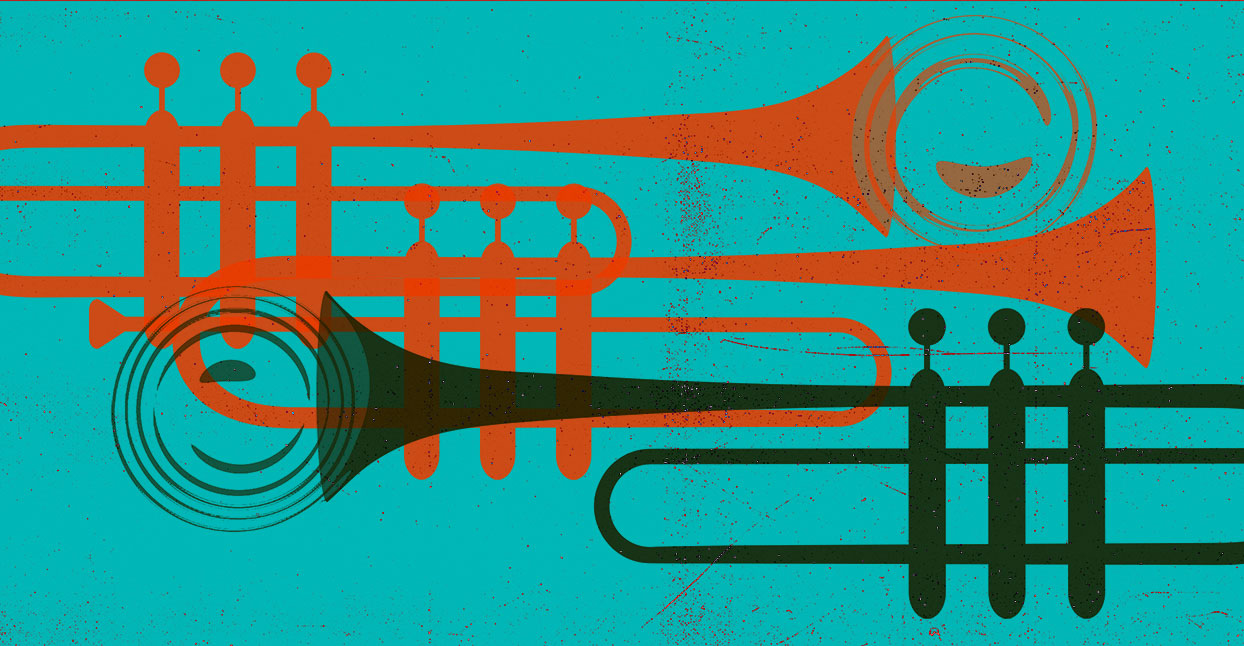 “My partner-in-crime Tony Higgins and I are both Japanese jazz nuts,” Peden says. “We spend hours talking about the merits of different albums, musicians, labels, and OBI strips [a piece of paper wrapped around Japanese vinyl records].”

Peden came of age during the height of the U.K. Northern Soul scene; his inherent musical curiosity soon led him to the sounds of Japanese jazz. Higgins was drawn to jazz via hip-hop—specifically, the samples used by golden age acts like A Tribe Called Quest, Gangstarr, and The Pharcyde. His interest in Japanese jazz piqued after hearing tracks from guitarist Ryo Kawasaki and pioneering Japanese trumpeter Terumasa Hino. After trying his luck at mail ordering a few favorites from overseas dealers, Higgins went on a trip to Japan that deepened both his record collection, as well as his knowledge and understanding of the music.

The music on J Jazz was born during a very specific cultural moment. By the late ‘60s and ‘70s, like many nations during the post-WW2 and post-colonial epoch, Japan was teeming with both old-world energy and a rapidly changing technological and social landscape. Jazz became the soundtrack for the impending future. As Higgins explains, the obsession with western culture—especially music, clothes, and movies—gave Japan’s younger generations a distraction from school, work, and the horrific events of the recent past. The Japanese record market was—and remains—huge.  “The 1970s saw many American artists maintaining a parallel career by performing and recording in Japan,” says Peden. “The reissue market was huge in Japan during the late ‘60s and through the ‘70s, ‘80s, and even now. Jazz has always been there, through the country’s ups and downs. It’s as resilient as the nation itself.”

The songs on J Jazz Volume 2 speak to that resilience. Album opener “Dragon Dance,” a collaboration between Japanese composer Makoto Terashita and American saxophonist Harold Land, begins with a gorgeously fluid and dramatic piano solo before exploding into forceful, rolling post-bop groove. The Hideto Sasaki/Toshiyuki Sekine Quartet’s “Stop Over” rushes in at breakneck speed, boasting double-time cymbal work and a complex piano solo. Originally recorded in 1976 and issued on the ensemble’s impossible-to-find full-length of the same name, “Stop Over” is a powerful homage to the frenetic post-bop sound of the late ‘50s and early ‘60s. Takashi Miyasaka Quintet’s celebratory anthem “Straight Road” provides an indication of the stylistic variety of Japanese jazz at the time. Centered around the dynamic interplay between drums, bass, electric guitar and piano, “Straight Road” is freewheeling and peppery. “Mother of The Future” by Electro Keyboard Orchestra is a striking bit of funky, uptempo fusion while “Distant Thunder,” by the Mabumi Yamaguchi Quartet, blends adept electric piano soloing with a distinctly bop feel. Reflective of the social dynamics and creative atmosphere in which the music was produced, J Jazz Volume 2 is a musical love letter to a cultural movement that many Westerners know little about.

Peden hopes that the care that he, Higgins, and BBE have put into curating these compilations will open the world’s ears to Japanese rich jazz legacy. “I think every country in the world had had its jazz collected, reissued, and compiled, and Japan was really the last frontier,” says Peden. “The combination of the language barrier and the lack of accessibility to the records has made it hard for people to get into and buy it. I hope by sharing the music we will continue to raise the profile of this previously fairly obscure area of fantastic jazz music and the wonderful musicians who made it.”