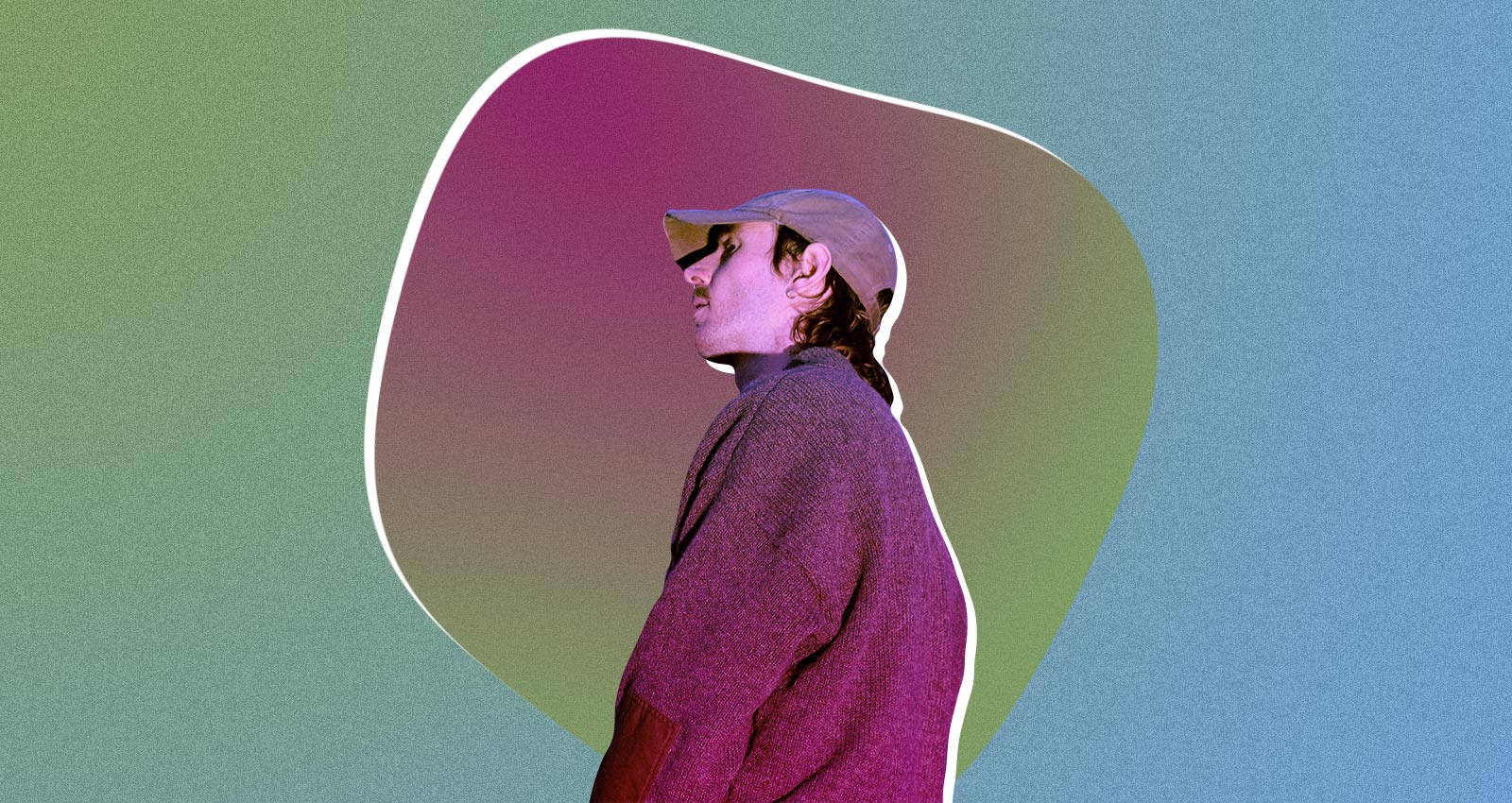 2016 was a year of emotional turmoil for a lot of us in the UK and the U.S., with political shocks like Britain voting to leave the European Union and America electing Donald Trump as president. Since then, many a music writer has waxed philosophical about a surge in the popularity of ambient music, citing listeners’ needs to retreat from the turbulence of the real world.

Three days before the Brexit referendum, Huerco S, aka Brian Leeds, released his second album For Those Of You Who Have Never (And Also Those Who Have), a beguiling, beatless record that came to define the era in ambient music. Just three months later, Pitchfork placed the album at number 45 in their list of the 50 greatest ambient albums ever made. In a 2017 article titled “Alright, everyone, chill: why ambient is one of the sounds of the summer,” The Guardian called Huerco S “the best of the new ambient producers” and the album “ambient for the flat white generation.”

For Those Of You… became to the modern era what William Basinski’s Disintegration Loops was to the 9/11 era: an ambient masterwork through which listeners could process or escape from stress and confusion. But while it was a soothing balm for some, the record was never quite as simple as pure comfort music. Its most achingly beautiful moments stopped mid-flow, with tracks like “On The Embankment” and “Promises Of Fertility” ruthlessly cutting off rather than fading out as per the ambient norm. Noisier bits like “Kraanvogel” and “Cubist Camouflage” teeter between calm and unease, while the music-box melody on “The Sacred Dance” is hypnotically relaxing.

Leeds spent around two years recording the album during improvised jam sessions at his apartment in New York. “It wasn’t like live instruments, but it wasn’t 100% in the box, on a computer,” he says. “Instead of sampling other people, I wanted to sample myself.” He would jam for 45-minute sessions on a range of old machines—including an Ensoniq ESQ-1, a synthesizer from 1985. “In that 45 minutes I could pull like four or five things out of that,” he says. “Or it could be nothing… It’s easier for me to press record and then at the end of the day press stop and see what I got.”

On each track, mesmeric patterns seem to rotate independently of one another. “A lot of it was like trying to come up with loop points that weren’t just eight or 16 bars. It’s like sure, you could have a major melody that’s like a 16-bar loop, but then this undulating texture or something that’s like a 20-bar loop. Then you have these weird overlaps where they’ll eventually come back around and sync or phase with each other,” Leeds says.

It’s sometimes heavenly and sometimes unsettling, but always captivating. The record’s title came from a phrase written on the back of an obscure ’70s funk record. “It’s like a dichotomy,” says Leeds. “It doesn’t really mean anything, but then it kinda does.” Like the best ambient music, the record is rich in emotion. In interviews at the time he would often say it was about love, but whether that means a specific person or not is unclear.

“I mean… It is about many people,” he says. “I don’t know, like I could get personal, but maybe it’s best left to the imagination. I wouldn’t personally revisit it on my own… It is tied to emotion and tied to time. It’s not like you’re trying to forget or something, but it’s like… it is something that I don’t really just relive all the time.”

Leeds once talked about the music like it was therapy, telling interviewers he had taken to making ambient instead of his usual off-kilter house so he had something to listen to on stressful flights between gigs. “I kind of put my foot in my mouth with that,” he says now. “I definitely said that, how it was helping me when I was traveling, but now that shit’s like the bane of my existence.” He never intended for the album to be some zen, chillout soundtrack. “That’s great, if people are enjoying the record in that way… And of course music is gonna bring some level of comfort to people, I mean I think that’s what it does. But someone’s comfort record could be fucking Cannibal Corpse or something like that. It doesn’t have to be like Brian Eno.”

That name—Eno—has been synonymous with ambient music ever since 1978’s Ambient 1: Music for Airports, a record designed to be “as ignorable as it is interesting.” But while Eno’s music almost pretends it’s not there, For Those Of You… is what it is: recorded music. Leeds fades in on some tracks—“The Sacred Dance” and the sublime “Hear Me Out”—but ends others with brutal jump-cuts, enchanting the listener before dropping them off a cliff. “I did a lot of fade-in, fade-out,” he says. “It serves a purpose, but like sometimes… What’s the point? There’s no point in hiding what it is. It is a song and it is a recording, so it’s not gonna continue forever. Just press replay if it bothers you that much.”

His relationship with ambient music has since waned. Apart from a few remixes, he hasn’t released any music as Huerco S since 2016, instead recording under aliases—Pendant, Loidis, Autobouncer620 and in the groups Ghostride the Drift and Critical Amnesia—and running the label West Mineral Ltd. He signs into our Zoom call under the name “arikaree breaks,” a reference to a 36-mile stretch of rural badlands near where he grew up in northern Kansas.

It seemed like the more acclaimed Huerco S became, the more Leeds distanced himself from the project. Did the ambient-music-as-therapy cliche put him off? “I mean that’s like the ambient that I really despise,” he says. “There was an article in the Guardian talking about the ambient resurgence and it was like ‘Huerco S, ambient for the flat white generation’… It really made me step back and… I don’t know, ambient music has just become like ‘beats to chill and study to.’ It’s like productivity music, capitalist music. It’s non-intrusive, it doesn’t get in your way, like you can still work your job. It kinda makes me cringe a bit. And maybe I feel responsible for that…”

He rarely listens to ambient or even electronic music these days, instead spending “like 95% of the time” listening to left-field hip-hop artists like Shawny Bin Laden and 454. He doesn’t make music as often as he used to and says he’s even considered switching careers — perhaps to work on cars. “I’m a huge petrol-head,” he says.

He says fans have “things to look forward to this year.” For now, five years after its release, he says For Those Of You… still helps pay his rent, and he is immensely grateful for its success. It is perhaps the defining ambient album of the past 10 years, a record as open to interpretation as the era into which it was released.