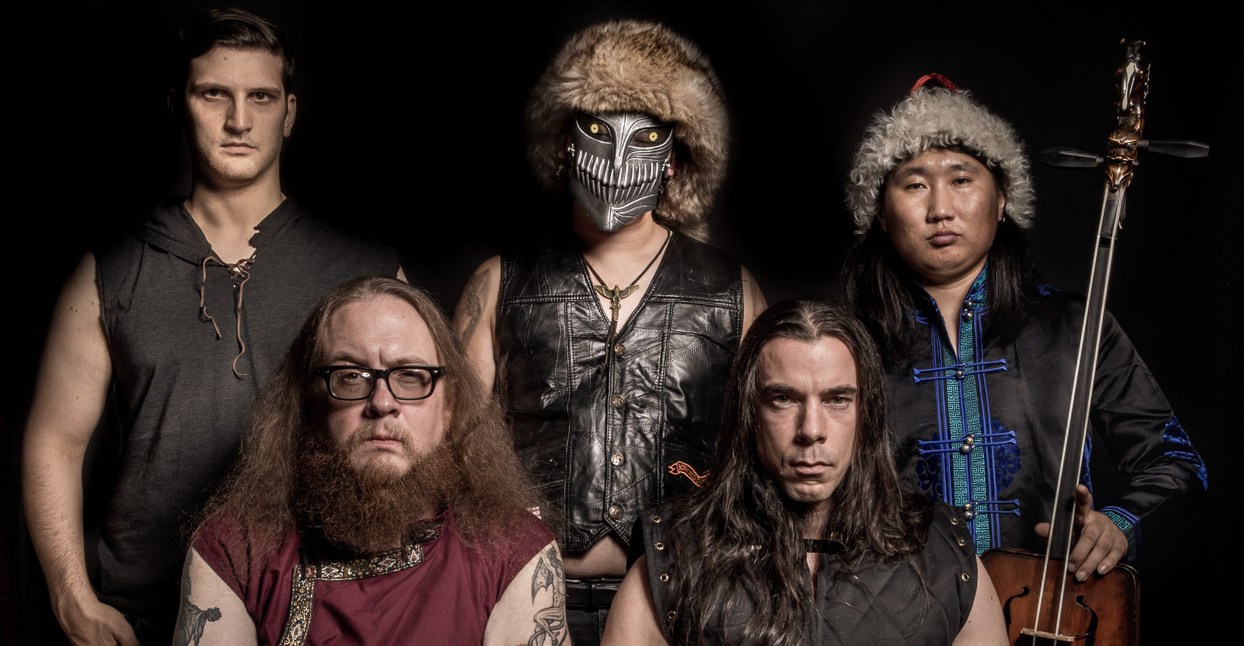 Nature Ganganbaigal is a man of many talents. The 30-year old Beijing-raised musician plays guitar, morin khuur (horsehead fiddle), Dombra (Kazakh lute), and performs impressive Mongolian throat singing in his folk metal band Tengger Cavalry. He even produces and masters the band’s recordings. But the skill from which he derives the most inspiration isn’t musical at all.

“When I lived in Brooklyn, I’d go to a horse stable and ride,” he says. “I also ride a lot when I go back to the Mongolian grasslands—I was actually just there shooting a video with Mongolian horses in negative one degree Fahrenheit. It’s kind of my routine to stay in touch with the nomadic lifestyle. It’s how I fuel my music in some ways.”

Tengger Cavalry’s latest, Northern Memory (Silk Road Metal), is a tribute to that untethered lifestyle, and then some: a heavy-metal concept album, doubling as a tour through pre-Mongolian history. “The Mongolians are very well known in the west, but there were actually many nomadic tribes before them that immigrated to Northern China, like the Xiongnu and Cian Bi,” he explains. “Nobody really talks about their stories, so this album is dedicated to all the nomads that came before the Mongols.”

It’s a subject Ganganbaigal—or “Nature G,” as he’s known colloquially—holds close to his heart, as an individual as well as an artist. Tengger Cavalry’s discography revolves around Mongolian history and culture; their 2018 album, Cian Bi, was dedicated to the nomadic tribe of the same name. “We wrote a lot about Mongolian culture already, so with this album we wanted to explore the history from farther back,” he says of Northern Memory. “It’s more primitive and more fun.”

“I used to listen to a lot of Viking folk metal and things like that, and I was shocked at how they could combine their heritage with heavy metal in such a natural way,” Nature says. “So I wanted to do something from our part of the world that universal society could really appreciate, as opposed to just playing Asian folk songs.” He points to renowned Finnish folk metal troupes Ensiferum and Turisas as early inspirations. “Those bands love their own culture, but also they really want everybody to know what it is,” he observes. “They really try to find something that everybody can understand, so I appreciate that mentality.”

As Nature sees it, the Viking culture of the Scandinavian bands isn’t all that different from the Mongolian culture he invokes in Tengger Cavalry. “The [musical] tone might be different, but you can find many similarities between the Viking culture and the Asian nomadic cultures,” he points out. “I think it’s because of the lifestyle and their religion, which was shamanic and nature-based. The Vikings also wore fur just like the Mongolian nomads from Northern China, because they both lived in cold weather. I think those are the basic human elements that bring those cultures together.”

Though he grew up mostly in Beijing, Nature says he’s always had a strong connection to traditional Mongolian music. “I was playing Mongolian fiddle and throat singing since I was young,” he explains. “But I got into metal and playing guitar around the same time. When I was growing up, Beijing was surprisingly open to American things. We have black metal and death metal in the record store. They have American movies playing. And it’s very multicultural, almost like an Asian version of New York.”

He ought to know. When Nature first moved to the States seven years ago, he lived in New York City—where Tengger Cavalry played Carnegie Hall twice—before eventually settling in Austin, Texas. “Life in Texas is much easier,” he says. “Things are more laid back, and there are more jobs. In New York, all the people and traffic make everything way harder.”

Not that location seems to have any effect on his musical output. Since starting Tengger Cavalry in 2010, he’s been insanely prolific, producing 15 albums in just nine years. And there’s no end in sight. “I try to have a new album out every year, with EPs and other small stuff in between,” he says. “There’s a lot to talk about in nomadic culture with the musical language that we discovered, so we just keep writing the stuff.”