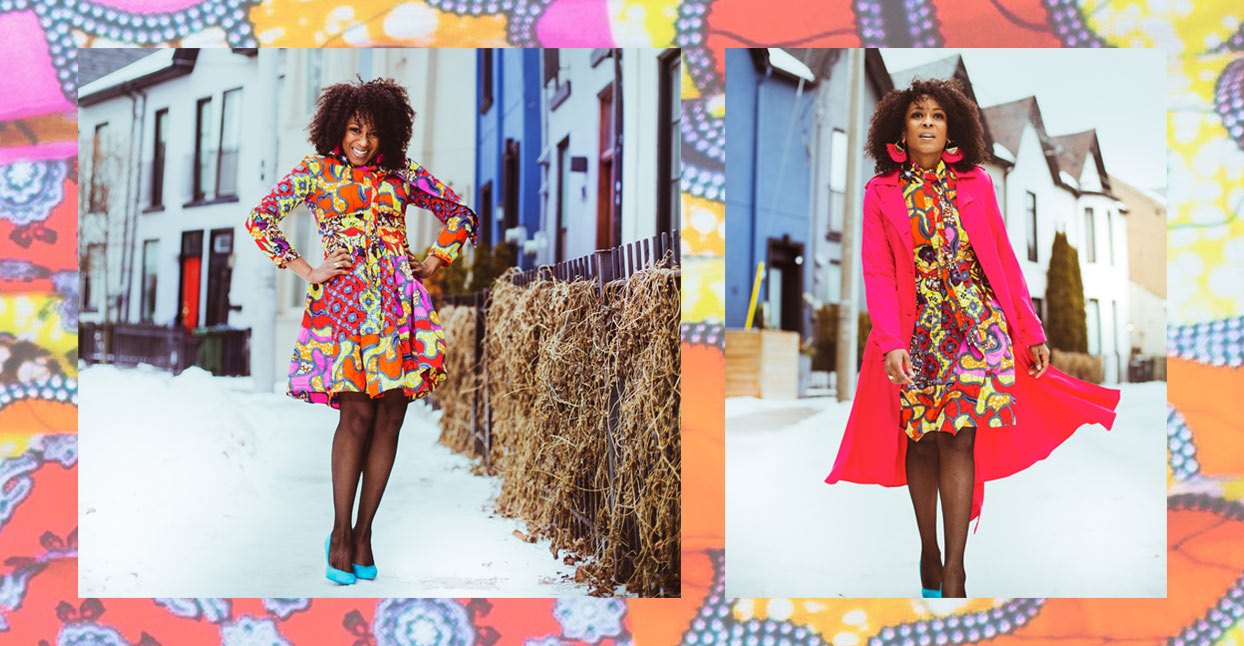 “What gave you the nerve?” asks Tanika Charles, rhetorically, from her home in Toronto. “What gave me the nerve to think that I could speak to you that way?” The soul singer is explaining the various nuanced meanings behind the name of her new album, The Gumption, and her intonation shifts from indignation to disappointment as she explains. “[Gumption] was a word that came up because many of the songs are about, ‘Who are you? Why would you treat me like this?’”

The Gumption is Charles’s sophomore album, the follow-up to her 2017 Juno Award-nominated debut Soul Run. And it finds her in a bolder, personal, and sonic space. On the opener “Tell Me Something” she asks a lover, “What gave you the gumption? / You’re stringing me along.” On “Since You Been Gone” she tells another, “Now take your bad vibes out my home.” It’s an attitude she hasn’t put on wax before.

“I’m the kind of person that, if somebody steps on my toes or treats me badly, I won’t respond,” she says. “I’ll just stay at home and be mad and hold it in, and I think I just got fed up. I decided, no more! If you have an issue with me, talk to me.”

This new fiery attitude has even influenced her vocal style. And Alabama Shakes lead singer Brittany Howard can take a bit of credit for that. “There’s passion and there’s soul and there’s grit [in Howard’s vocals], and that was what I wanted for this album,” explains Charles. “Now, a lot of the songs didn’t turn out that way, but when I hear [Alabama Shakes], I want to sing strong. I want to be powerful.”

Charles even called upon her inner Howard in the studio; the Alabama Shakes singer has long been praised not just for her powerful vocals but for her passionate stage presence. “I feel like singing in a box doesn’t allow you to express your feelings or who you are because there’s really nobody that you’re singing to,” she says. “I prefer to sing on stage, because I feel everyone’s energy and see their faces. But for this album it was kind of like channeling—be present. Think of your lyrics. Think of the song. And just express, no matter where you are.”

In some ways being in the studio, and even on stage, is one of the last places Charles ever thought she would be—though she was born into a deeply musical family. Her mother sang. Her brother played nearly every instrument and composed. And her father loved to listen to music, really listen. “Growing up we would have family gatherings where he would put on jazz [and] different musicians and ask us to sit down and listen to the different instrumentations and vocals on [the] songs,” she says. “So, I grew up listening to music.”

She also developed a natural gift for harmonizing. “I didn’t realize that adding harmonizing was a big deal,” she says. “I loved singing, so I just sang along, and I’d try to do other things on top of what the lead vocalist was doing.” Yet despite her affinity for music, it never occurred to her that it could be an actual career.

After Charles moved from her hometown of Edmonton, Alberta to Vancouver, she ended up with a position as a background vocalist in the popular reggae/ska band Bedouin Soundclash. When they embarked on a major tour, she viewed each night as an exciting opportunity to show what she could do. But she also enjoyed the anonymity of singing in the shadows. “I really enjoyed not being the frontperson, and not being responsible for making everybody have a good time, because it’s a lot of pressure,” she says. But, the idea of being in the spotlight still beckoned. “After a while I thought, ‘I feel like I’d like to give it a try,’” she says. When the tour ended, lead singer Jay Malinowski invited Charles to open for him. She accepted.

After moving to Toronto, gigging around the city, she released 2010’s What! What? What!? The EP was comprised of songs written by others, but for her debut, she decided to write the songs herself (along with co-writers): “I had experienced a lot of life that I felt would be cool to write about.” The retro-feeling Soul Run took nearly five years to make, but it officially put her on the map, gaining attention from big outlets like the CBC and Exclaim.

Now, on The Gumption, Charles has given herself permission to delve into more personal material, including disillusionment with relationships and self-empowerment. And she warns that some subjects will recognize exactly who they are in the songs. “You will absolutely know it’s about you,” she says with a hearty laugh. “I’m just kind of tired of not speaking up. So, if I can’t say it to you, I will sing it to you.”

As she and her band, the Wonderfuls, prepare to take the album on the road, she’s thrilled to be standing up for herself—and she’s proud of what her fans will get to experience this time around. “I feel a little bit more relaxed, more confident in the content,” she says. “I just believe [in] myself more.”