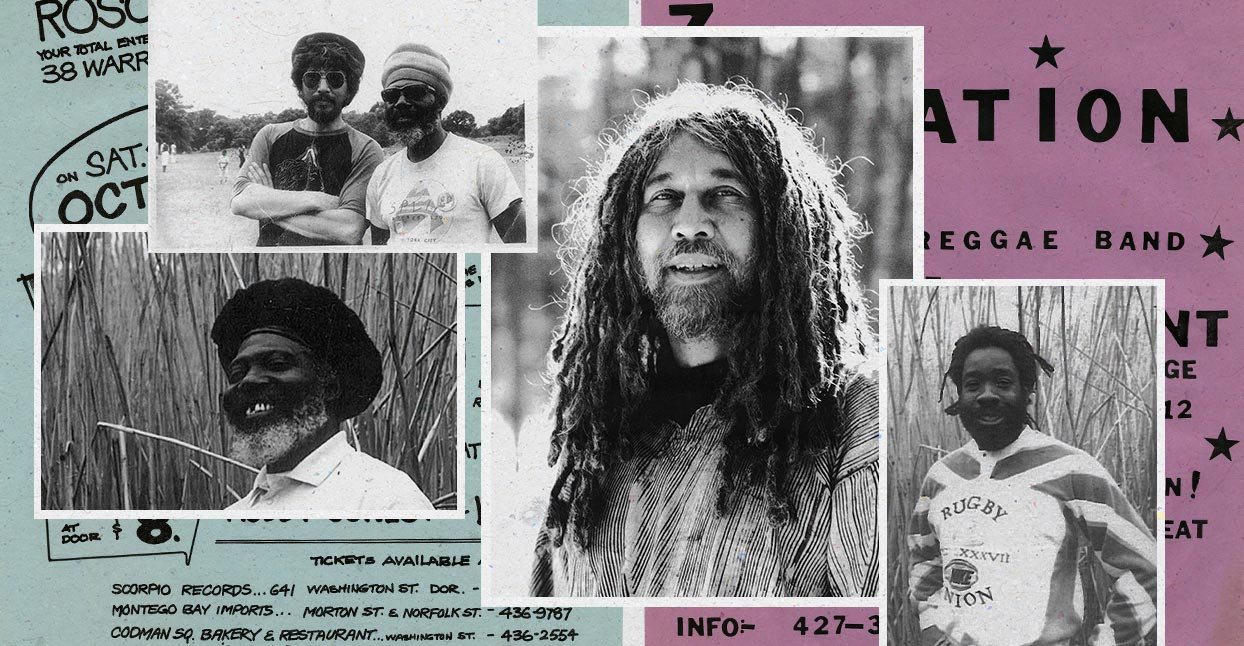 When cult reggae movie The Harder They Come opened at the Orson Welles Cinema in Cambridge, Massachusetts in February 1973, it played for 26 consecutive weeks. Starring Jimmy Cliff as a struggling musician-turned-anti-hero, the film’s soundtrack—which was the catalyst for introducing reggae to American audiences—received a glorious welcome from the area’s large student population and beyond. Six years later, a flurry of musical activity would ignite a new homegrown scene that brought live reggae to Bostonians every week—the sounds of Desmond Dekker, The Maytals, and Jimmy Cliff had planted the seed for the city’s future love story with the Jamaican-born phenomenon.

Boston’s newfound appetite for reggae reached the ears of Island Records boss Chris Blackwell in 1973, who booked The Wailers to play their very first U.S. show in Boston that year, with the band returning in 1975 for a seven-night residency at Paul’s Mall. After its initial six-and-a-half-month run, midnight screenings of The Harder They Come stayed for seven years and became a rite of passage for Boston-Cambridge college students. From the late ‘70s onwards, local radio stations further promoted the genre on their airwaves.

In 1977, Reggae Bloodline—a radio station launched by Carly Simon’s photographer/writer brother Peter—helped to platform the new sounds of reggae for a Northeast audience. Enthusiasm for the music continued in 1978 with the arrival of Doug Herzog’s radio show Rockers on 88.9 WERS, which fed radio listeners two full hours of reggae every weeknight and was one of the station’s most popular shows.

“By the late ‘70s, Cambridge was a real hotbed for reggae music,” says musician Abdul Baki, who is among the artists featured on the new Cultures of Soul compilation, Take Us Home. Covering 1979-1988, this collection of Boston-born roots reggae documents a fertile, yet often overlooked era in the genre’s U.S. timeline. “I felt like it was important to try and rerelease this music into the world as it had been left in obscurity,” says label head DJ Deano Sounds, who first conceived of the project back in 2010 while digging for records in Boston. Across 17 tracks, listeners are given a tour of the network of reggae musicians, clubs, and fans that managed to thrive against a backdrop of racial segregation.

“The early reggae scene was pretty integrated—which was unusual, as Boston had a reputation for being a pretty racist city and a pretty segregated city at the time,” says local journalist Noah Schaffer, the author of the comprehensive 28-page booklet that accompanies the release. In 1974, the United States District Court of Massachusetts ordered the racial desegregation of Boston’s public schools. “The judge ordered that these schools introduce bussing so children from white neighborhoods would get bussed to black schools and vice versa in order to encourage integration. This is an oversimplification, but it caused riots, and it was very much a low point in Boston’s history,” says Schaffer.

Trailblazing artist Danny Tucker, whose 1979 single “Take Us Home” was Boston’s first official reggae record, remembers these racial tensions first-hand. Tucker was born in Jamaica and moved to Boston for high school in the summer of 1973—around the same time as the first edition of the annual Boston Caribbean Carnival. “The school system was like nothing I’d ever experienced,” he says. “I’d never gone to a school where there was so much turbulence. It was challenging to get an education when there is so much segregation, but I had friends—I was a sports person, and in sports, everyone got along. It was the same with music, it didn’t matter what color you were.”

Rastafari ensemble Zion Initiation, who hailed from the Roxbury neighborhood of Boston, would draw in big crowds and became “a real vehicle for cross-cultural fertilization,” according to Baki, who was the band’s keyboardist. “White people didn’t really go to Roxbury and Dorchester much before that, because Boston at that time was so racially segregated it was unbelievable,” he says. Tucker joined the band as lead vocalist and saxophonist, before branching out on his own as a solo artist. Channeling his turbulent experiences into music, “Take Us Home,” which was recorded back in Jamaica, was Tucker’s response to “feeling like I was at a place I didn’t belong.” “Changes,” which is also featured on the compilation, “is about being in a band that wasn’t ready to record,” says Tucker, referring to Zion Initiation.

Zion Initiation were one of the scene’s most popular live acts for years, playing venues like the Channel, the Western Front, alongside churches and colleges. “We would get invited into people’s homes,” says Tucker. “We were playing on boats. I remember going to Nantucket Island on a reggae boat with the band. There were so many different types of people watching us from every walk of life.”

“Many of these reggae bands were also filling the same large clubs that rock bands were playing, but over the years their role in the history books has sort of been wiped out, and I’m not sure why,” says Schaffer.

Baki moved to Boston around 1970, during the time of the Vietnam war, and was drawn there primarily because of the city’s anti-war activity. He opened a vintage store and a percussion shop called Cambridge Custom Percussion, which became a key venue and hangout for the Cambridge reggae scene. It was located in Central Square, which—along with Dorchester and Mattapan—was home to the majority of the town’s growing Caribbean community. It also happens to be located between Harvard and MIT.

Baki was also a member of the dubbier-sounding I Tones, who made their live debut in 1979, and whose cover of “Walk On By” was a local radio hit. Also featuring virtuoso drummer Horace Reid, the I Tones were formed by two “reggae-loving white guys,” Luke “White Ram” Ehrlich and Chris “Rockers” Wilson. Baki recalls the group’s third gig, where the queue wrapped around the block. “You almost couldn’t get through the front door because of the crowd,” he says. “It was incredibly exciting at that point, just to be part of something that had exploded like that.”

Take Us Home features recordings from Lambsbread (made up of Bobby and Dannis Hackney from proto-punk legends Death) and Errol Strength, who launched one of the scene’s only labels, Majah. The majority of the recordings on Take Us Home are self-released. There is also a noticeable and disappointing lack of female musicians. Although both Baki and Tucker fondly recall touring with a singer named Sister Rose, apparently there are no recordings of her available.

Eventually, Zion Initiation went their different ways. “You’ve got to have a major contract at some point. You can’t just play the same clubs in Boston all the time,” says Baki. “We didn’t have a distributor. I produced Zion’s records and Danny’s myself. I tried to distribute them as best I could, but I couldn’t get this stuff out there on the airwaves where it should have been.”

For Schaffer, this collection of music has held up really well. “I think one of the reasons is that these are some of the first self-contained reggae bands outside of Jamaica, anywhere in the world. Most of the time, if these bands were playing a gig, they were playing to people who had never seen a live reggae band before, so they were really ambassadors for this new kind of music. It was a responsibility that they clearly all took very seriously.”