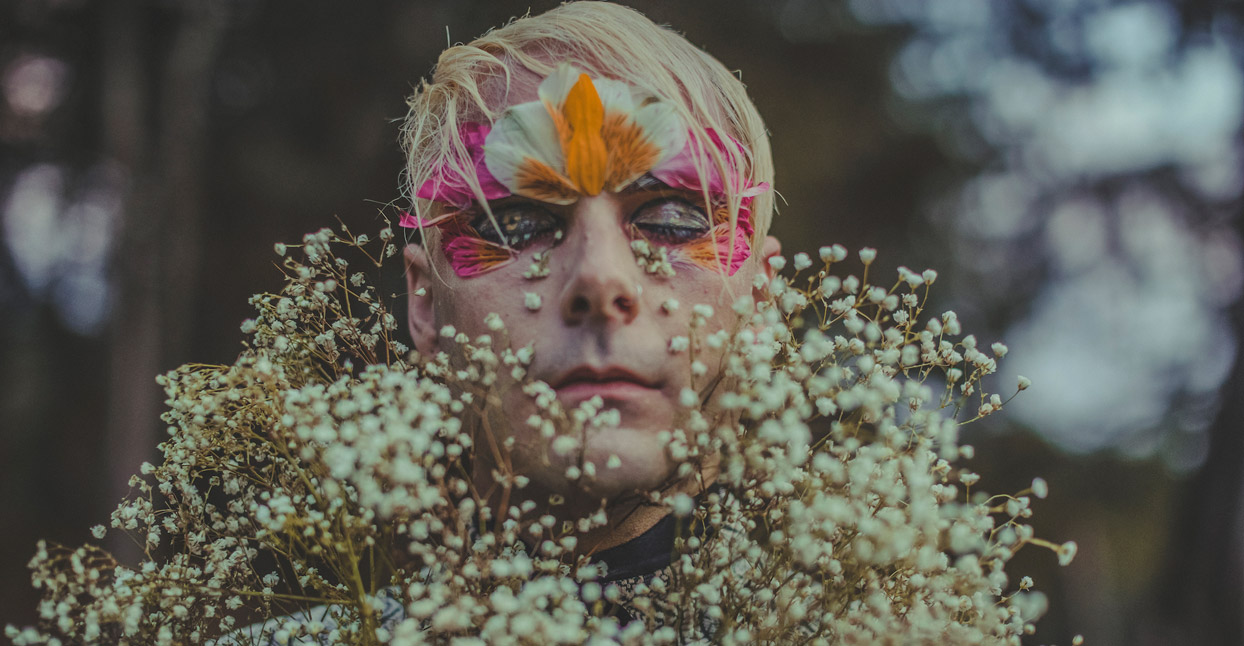 At a time when many artists making “alternative” pop music sound like they’re catering to Top 40 radio, David Courtright—who records as Suno Deko—is aiming for something more transcendent. Coutright’s billowing indie pop songs operate in a similar musical orbit as Grizzly Bear and Panda Bear, yet there’s a tenderness to Deko’s songs, and a stateliness to the arrangements, that feels almost Baroque. It is music that’s grand and fragile all at once.

Originally from Atlanta, Georgia, Courtright now lives in Brooklyn, New York. He wrote and refined his debut album while on a cross-continent DIY tour with singer/songwriter Julie Byrne, and recorded it in a host of different places: Atlanta, Brooklyn, Los Angeles, and a cabin at the foot of the Blue Ridge Mountains in Georgia. The album features contributions from like-minded artists like Mutual Benefits’ Jake Falby and Nicole Miglis and Zach Tetreault of Hundred Waters.

The vocals were recorded in Deko’s childhood church, Saint Bartholomew’s in Atlanta, which is notable for having an openly gay pastor in a red state that currently has no laws against LGBTQ discrimination in the workplace. Deko’s background in a loving Christian church, along with the increased awareness that comes with traveling to other places, gives his music a sense of empathy that balances its majesty.

We chatted about the unique influence Christianity has played on his music, our shared childhood of growing up as queer men, and striving to be vulnerable.

You grew up going to St. Bartholomew’s church, which is known for having a really great music program during the services. Were you involved with the church music growing up there? Was it at all any kind of influence?

I was never involved directly with the choir, which is one of those major life regrets. I was eight years old, and I had the option of either doing soccer or choir because they were on the same night, and I think I picked soccer, because it was the more masculine choice. People were already calling me a little fairy boy all the time and I wanted to shore up my manhood by playing a sport I ended up not giving a fuck about. I’m kind of wishing now I had been in choir, so I could have started developing my singing voice much earlier.

I made a similar choice to play soccer.

We’ve all made decisions to try and fool people into thinking we’re more masculine than we are. It’s funny to look back and mourn for those choices because you weren’t strong enough to trust yourself and be comfortable with yourself because the world wouldn’t let you. You were too young and fragile to be as strong as you are now.

How has growing up gay in a such a liberal Church with an openly gay pastor influenced your music or life?

I have so many gay friends—and even my former partner—who just hate Christianity, which is valid. I think that for me it’s such a special experience to have never gone through that, because the church was actually the most inclusive place. It was a place where I knew I was safe beyond school or beyond the real world and it was dedicated to this story and tradition. I don’t pray to Jesus every day and I’ve never read the Bible, even though I’m a confirmed Episcopalian. If you’re like me, you can see Christianity and all these metaphors as a powerful allegory on human nature and understanding and compassion. The teachings of Jesus are solid ways to live in the world.  Or you can take tiny little parts of the Bible and use them as weapons against people, which is what I think a lot of gay people have suffered at the hands of bad Christian people. That’s been a real gift to not have another thing I needed to be alienated about and rebel against.

A lot of these songs on this album strike me as very church-y, like ‘Alter’ and the beginning of ‘Born Again.’

Yeah, it’s funny, it was only in retrospect was I like, ‘Yeah, this is a really religious record.’ That sound recording [in “Born Again”] I made in Paris, in la Basilique du Sacré-Cœur. These nuns were singing. That came from a voice note on my phone that I played into a guitar input and was messing with the tone knobs. Then, that went through an amp, and that was recorded. I liked the idea of like taking a very decayed sound and decaying it more through electronics and instruments and stuff.

When you’re making music, do you tend to focus on the sounds you find, or your melodic ideas, instead of lyrics? How does the interplay between the two work out?

I think the way that I write is, I’ll make a loop or an instrumental phrase or something and then try and just let whatever… I don’t sit down and write songs out and then try and find the melody. It’s more like the melody comes through and I’ll sing, sometimes just shapes of words and then try and figure out what word could fit. For ‘Born Again,’ the lyrics came all at once. I had just seen Majical Cloudz for the first time, and was thinking a lot about vulnerability in performance, and how to push myself in that way. So I just tried an a cappella part.

And in those lyrics, you’re talking about rebirth, obviously.  Was that in any specific reference to a moment in your life?

That song was written right around the time I had had a spiritual awakening. I had just moved in with a boyfriend, and it was really different than I thought it would be. Not in a bad way, but I was just confused, and was starting to really to have a mental health crisis. Then I read this book by Eckhart Tolle called A New Earth. It kind of just blew my head open, and a lot of the thought structures I had for a long time, and a lot of the sense of identity I had, dissolved. So, in a lot of ways ‘Born Again,’ even though it can be interpreted as a specifically Christian reference, the concept of rebirth is present in all religions. It was more about wondering out loud what the boundaries are between the body and the rest of space. What is this incarnation and whatever it is that makes me alive? Has that passed through multiple vessels? What would that feel like emotionally or what would you take from that if you had knowledge of how it works and could carry that through multiple incarnations?

What would your life be like if you knew you could be reborn again and again?

There’s a spiritual teacher named Thích Nhất Hạnh who says that whatever exists in the present has an extension into the past and into the future. So the seed of the orange contains every tree in the past and every orange in the future, and if you can see that in a single orange, then you see the totality of the orange. In a cool way, it made its way into my music. I’ve always wanted to reach for that, poetically and lyrically, to ask the questions of what the boundaries are of the universe and our bodies, and if we’re much more connected to everything than we think we are, which I think is true.