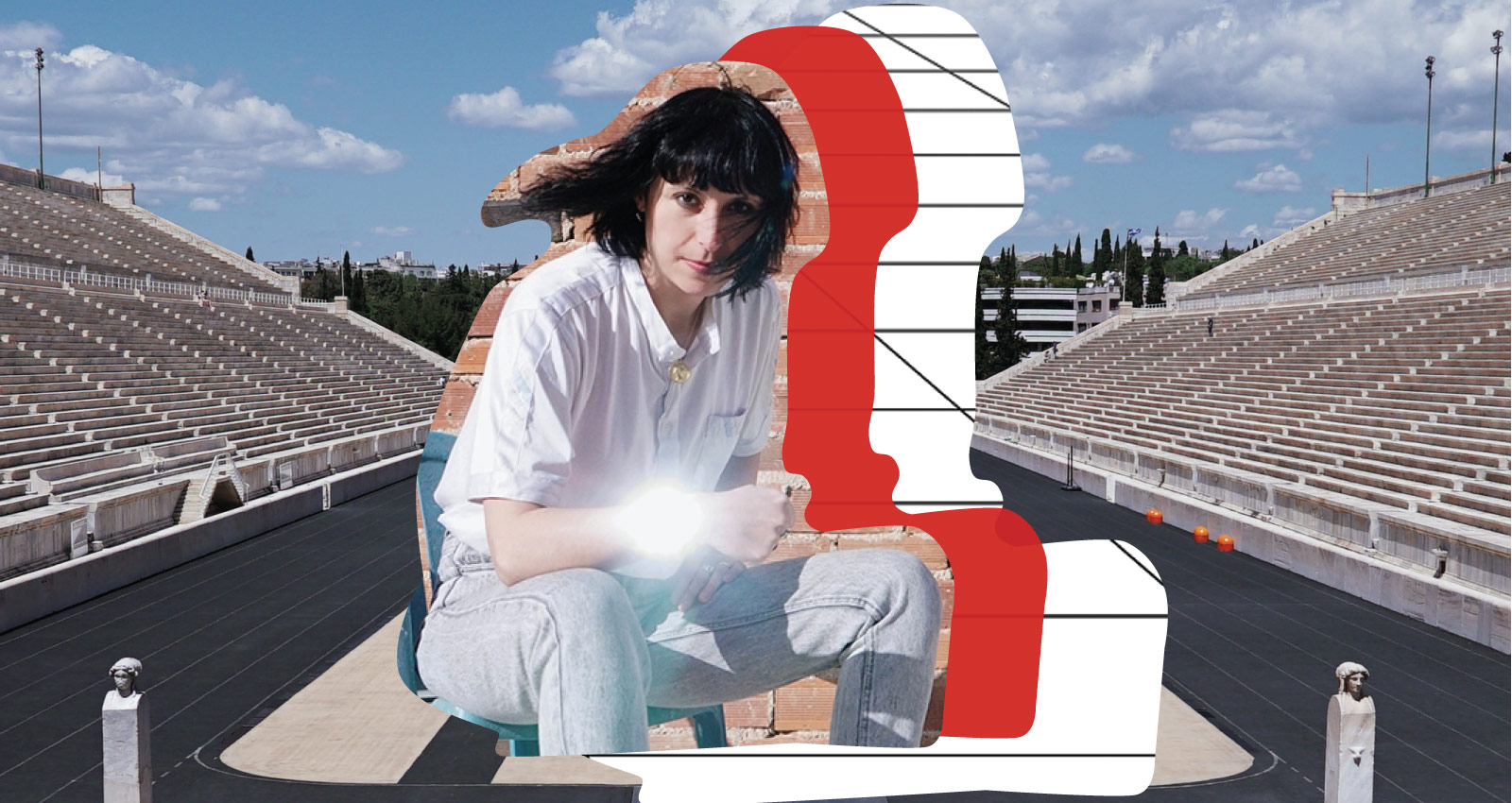 Across her new album The Break, Greek singer-songwriter ∑tella paints a series of vivid scenes on a synth-pop canvas that hangs somewhere between the dance floor and the lounge. In “Simon Says,” the setting is “a house downtown” where “everything has changed, but I feel the same.” On “Forest,” she found “a pretty place for us to meet,” offering “I’ll bring the beer, you bring the wine.” On the title track “you dance to the beat, on an unfamiliar street.”

The Break, out January 24, isn’t ∑tella’s debut album, but it’s an important milestone in the Greek singer’s career. “This is a new start,” ∑tella says by phone from her home city of Athens. “Greece is really tiny, and a lot of people here listen to Greek music; I sing in English,” she explains. With two albums and multiple collaborations already under her belt, ∑tella has had success in her home country. Now, she says, it’s time to “be part of a bigger conversation in music.”

About a decade ago, Stella Chronopoulou was a freelance artist working with multiple magazines. “I didn’t like any of it,” she says of the work. As the financial crisis devastated Greece, she began thinking about her true passion and ultimately shifted her focus from visual art to music. “The crisis changed my life in a really good way,” she says. “I was liberated.”

∑tella first dipped her toes into music in 2010, as a guest singer for the electro-rock band Expert Medicine. “I was very shy,” she stresses. “I would come out and sing two songs and then run back in.” She went on to co-found the dream-pop duo Fever Kids in 2011 (their last release was in 2017). ∑tella made her solo debut in 2015 with a self-titled album, following it up with Works for You in 2017.

Outside of Greece, ∑tella may be best known for her collaborations, particularly those with NTEIBINT. She provided vocals for several tracks from the renowned Greek producer, including “Hide In” and “A State Nearby,” that worked their way onto indie, nu disco, and deep house dance floors around the world, with support from renowned DJs like Adam Port and Chaim. NTEIBINT also co-produced ∑tella’s first two albums with her.

For The Break, ∑tella teamed up with Montréal label Arbutus Records and opted to produce the album on her own. She wrote and recorded primarily at her home over the course of a year. “I intensely felt the need [to do] it myself, completely myself,” she says. “I learned in the process, as I was doing it.”

She concedes, “I like how it sounds, but I had no clue what I was doing in a way.” It’s an approach that she says is similar to how she plays instruments. “I know many instruments, but I’m like a child. Every time I touch [an instrument], it’s like I’m touching it for the first time,” she says. “I like to have this feeling that I don’t know anything.”

The results are stunning. The Break is a 13-track collection on the sunnier side of synth-pop, filled with bouncy beats and joyful melodies. ∑tella taps into themes of transformation that extend to the album art (a self-portrait of the singer with bird wings), and the video she directed for “Forest” (shot in multiple locations, including the ancient Temple of Poseidon.)

Her narrative style is derived from both observation and personal experience and captures both fun and serious moments. “Numéro,” ∑tella explains, was inspired by a night partying in Paris, when she wanted to know how to ask a guy for his number in French. For “I’m Alone,” she wrote about her own loneliness, but with a twist. “I was really feeling alone,” she says, but wrote the song as “a celebration.” The effect: “When I listen to it, I’m happy.”